Martin Luther King Jr. Day should remind us to acknowledge all of his life 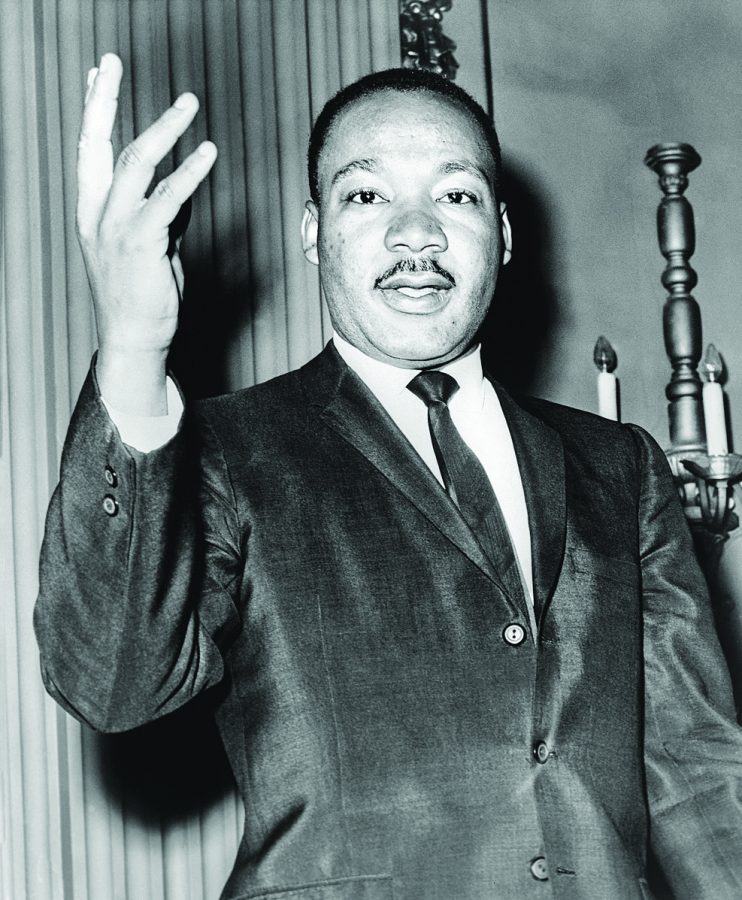 Martin Luther King Jr. was an American Christian Minister and leader during the Civil Rights Movement.

Weeks after the excitement of New Year’s Day (and the new decade) wears off, the next major holiday we celebrate honors one of the most important Americans in our country’s history: Martin Luther King Jr.

Martin Luther King Jr. Day is celebrated on the third Monday of January. For many, it is simply a day off from work or school, a sign to check for the weekend sales in stores or the day we post a King quote on our social media.

However, Martin Luther King Jr. Day is a federal holiday meant to honor King’s life since he left an indelible mark on the United States’ moral consciousness. Although the day is seemingly accepted by everyone now, the desire to celebrate King’s life was not always an accepted belief held by most Americans — even long after his assassination. The “dream” King had for us in the U.S. has not yet been realized because we do not adequately understand or appreciate the history of the man we commemorate.

John Conyers, a Democratic Congressman and an African American supporter of the Civil Rights Movement at the time, asked Congress to make a federal holiday in King’s honor just four days after his assassination in 1968, according to history.com. The bill was denied and continued to fail each year, even with the help of the Congressional Black Caucus.

Headway was made in the 1980s when popular cultural figure Stevie Wonder wrote the song “Happy Birthday” in support of a holiday for King on his birthday. Additionally, different community-based efforts gained public support that led the Congressional Black Caucus to collect six million signatures for a petition to convince Congress to make King’s birthday a holiday. In 1983, the holiday was signed into legislation and was officially celebrated three years later on Jan. 20, 1986 — 18 years after his death.

Even with the confirmation of Martin Luther King Jr. Day as a holiday, there was a fair share of push-back from other states. Arizona did not recognize the holiday until 1992 and New Hampshire was the last state to adopt it in 1999, according to the King Center.

Some southern states that historically resisted integration more than others in the U.S. struggled to properly embrace King’s day as a holiday. Arkansas, Alabama and Mississippi combined Martin Luther King Jr. Day with a holiday already celebrated on Jan. 19 — the birthday of Robert E. Lee, a famous Confederate general during the Civil War. Virginia also had a holiday, but it commemorated Lee and Confederate Gen. Stonewall Jackson, which led to a holiday called Lee-Jackson-King Day until the year 2000, according to nationalgeographic.com. Also until 2000, South Carolina state employees had the option to choose between Martin Luther King Jr. Day or three other Confederate holidays as a day to take off from work, according to New Hampshire Public Radio.

To keep the Confederate holidays and to have it in conjunction with King’s holiday, a day celebrating a man whose life mission was to convince America of black people’s equality, is nothing short of ludicrous. Despite how embarrassing these attempts were in trying to deny Martin Luther King Jr. Day of its legitimacy, one should not lose sight of these states’ intentions in doing so.

Why would people celebrate a man who was an adversary to the heroes they already had pride in? We should honor King now for risking his life to try to put an end to black people’s suffering and his promotion of the need for equal rights regardless of race differences. But King was no beloved man then nor long after. He was an enemy to most of the U.S. populace because what he stood for was antithetical to the origins of this country and the convictions Confederate soldiers died for.

Just because Martin Luther King Jr. Day is commemorated nationwide today without it sharing a day with a Confederate soldier does not automatically mean people are honoring the holiday’s namesake. It’s nice to have a day off, benefit from store sales or to tweet about it. But that is not enough.

First, the history of King should be better understood by the masses. Only knowing that he was a nonviolent preacher with a dream of equality is not enough, especially nowadays since so much of his work is easily accessible with some quick online searches. Some things are easier to find than others though.

In his “I Have a Dream” speech, most people are readily able to find the clip where he triumphantly says, “I have a dream that my four little children will one day live in a nation where they will not be judged by the color of their skin but by the content of their character.” Those words were spoken on August 28, 1963 at the March on Washington.

For some, this is the extent of their knowledge of King although he gave more speeches in the five years he had left living. Digging deeper into King may shed light on why he was so deeply motivated to criticize the United States. True comprehension of some of King’s ideas can illuminate the pathway to truly honoring his life.

In a recorded interview with NBC News, King was asked to reflect on his “I Have a Dream” speech in relation to the reality of America’s involvement in the Vietnam War.

“I must confess that period was a great period of hope for me and for many others all across the nation. But I must confess that dream I had that day has at many points turned into a nightmare. Some of the old optimism was a little bit superficial and now it must be tempered with a solid realism.” These words were spoken four years after his time at the Lincoln Memorial, 11 months before his assassination.

In King’s “Letter from a Birmingham Jail,” he wrote from a jail cell to eight white clergymen in the South who deemed his nonviolent protests as unwise and untimely. While responding directly to these clergymen’s concerns, King acknowledges how he was “gravely disappointed with the white moderate. The white moderate, who is more devoted to ‘order’ than to justice.”

We can’t honor King by only looking at his life through rose-colored glasses. Martin Luther King Jr. Day should serve as a reminder that we should acknowledge all of his life, not just a part of it. We should not honor King just through the words we say and the thoughts we have. If we truly admire King, our comfort in the status quo would not trump the pursuit of justice King dreamed of.