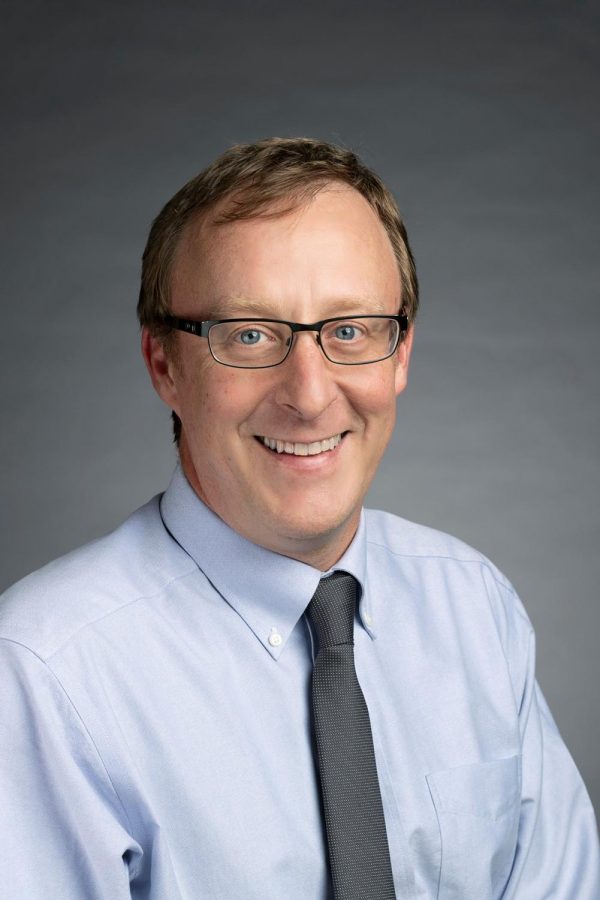 John Greenleaf merges his love for the outdoors and engineering in the classroom.

“My parents lived by a creek and my mom had this bell she’d ring when I had to come in for dinner,” Greenleaf said. “I think that’s what kind of got me into the environmental (field).”

Students past and present benefit from Greenleaf’s passion and teaching style.

“Professor Greenleaf’s lectures always held my interest. I think it is due to the way he speaks, the use of presentation visuals, and his interaction with the classroom,” Lauren McMahon, the only graduate of the Quinnipiac civil engineering program’s inaugural 2016 class, said.

McMahon and Greenleaf worked together closely in different classes and capacities, Greenleaf said.

Greenleaf’s commitment and passion made him an ideal candidate for the 2019 recipient of the Quinnipiac University Center for Excellence in Teaching award.

“I was constantly in Professor Greenleaf’s office during office hours. Even outside of his posted office hours, if he was available, he would welcome me in so I could ask questions,” Mc Mahon said. “Additionally, one of the most important things he did was encourage me to take the Fundamental of Engineering exam before graduating. I always tell young engineers the same thing now.”

It is key to keep students engaged and interested in class to create a supportive learning environment by promoting conversation and inquiry, Greenleaf said.

“It gets your heart rate going a little bit, just by participating in the class,” he said.“Just talking about current events or … things that are of interest to people in class. Bringing in … real life topics.”

One of the methods Greenleaf employs to engage students is occupying class time with projects and activities outdoors. Greenleaf said his activity of choice was bringing students to Mill River to sample the water for macroinvertebrates to test the water quality.

McMahon recalled her time with Greenleaf and discussed the activities at Mill River.

“My favorite memory with Professor Greenleaf is from one of my hydrology labs … we went to the Mill River … to collect data points on the cross section of the stream … (and) the flow of the water through the stream at that point and compare it to the actual flow data available online,” McMahon said.

Greenleaf goes above and beyond as a professor, always trying to push students, McMahon said. Greenleaf said supporting and guiding students is part of being a good professor.

“It helps to have somebody who is looking at the big picture and drives you toward a better you and a bigger goal that maybe you don’t see,” Greenleaf said.

Greenleaf followed his own advice when he was looking out for her future, according to McMahon.

“Two years before I graduated, he told me about Quinnipiac’s Presidential Public Service Fellowship Program… I applied and got my first professional experience working in the Department of Public Works in North Haven,” McMahon said. “It was this experience that helped build my resume and get another internship the following summer – all thanks to Greenleaf.”