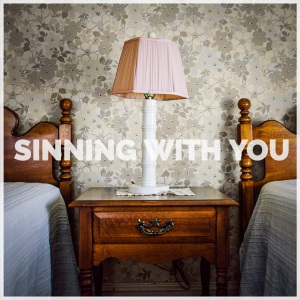 Sam Hunt's latest song, 'Sinning With You,' was supposed to be released on Nov. 22, but was delayed because of Hunt's arrest on Nov. 21.

Sam Hunt’s newest single may sound like any other love song, but in reality it’s a statement about religion and what defines a sin.

Hunt, like me, is Catholic. I’ve always contemplated my relationship with the church because I vehemently disagree with some of its teachings about abortion and gay marriage. I never thought there would be a country song that could encapsulate this confusion.

Hunt’s, “Sinning With You,” tells the story of Hunt’s relationship with a woman, who listeners can assume to be his wife, Hannah Lee Fowler. In the song, he explains how sleeping with her prior to their marriage never felt like a sin.

While pre-marital sex is by no means endorsed by the Catholic church, Hunt seems to be saying that for him, a religious man, God makes an exception because he was in love and knew Lee would be the one he would marry. He knows he’s not supposed to do it, but for some reason it doesn’t feel like a sin. He sings, “If it’s so wrong, why did it feel so right?”

In fact, he even likens the experience to a religious one singing, “Take me down where the river is/ Pull me under in your innocence.”

I listened to the song hoping that it meant something more than justification for Hunt’s “sinful” actions as a man in love, which isn’t the part of Catholicism that confuses me. I was hoping he was making a statement about how one’s relationship with God is something deeper than following all of the rules and regulations of the church such as its opposition to gay marriage.

In an interview with “Rolling Stone,” Hunt confirmed that his song is about more than premarital sex.

“I think it’s important we think about these things and don’t accept rules because they are rules,” Hunt said. “We should try to understand the ‘whys’ behind the things we do, and the moral structure we apply to our lives. It takes some living and learning, but I’m always in pursuit of that.”

This idea is refreshing, especially in a country song. Country music rarely makes political statements, let alone religious ones. Most country music that references God is about faith and the power of believing, but it never considers that one can make a mistake that feels right and then talk about it with God, who will in turn, understand.

I have come to see God as understanding and flexible like Hunt, but this song was the first time I’ve heard it articulated in music, albeit indirectly.

Hunt has been making some mistakes lately. He was arrested for a DUI in October, which delayed the release of this song.

The song is contemplative and timely after his reckless driving forced him to come to terms with his priorities. It rings differently than it would have prior to the DUI.

We see Hunt as a thoughtful man, one who talks to God and negotiates about what he thinks is right, not as a man who would drive the wrong way down a one-way road.

This song is a stark contrast to “Kinfolks,” his last single, which is a roll down your window and sing-along song. It’s catchy and fast-paced, while “Sinning With You” sounds almost like a hymn you’d hear at church. It’s slow and sweet. His words are backed by a constant thrumming rhythm, like a heartbeat.

After wrapping a soothing chorus of “It never felt like sinning with you,” Hunt comes to an abrupt stop and says, not sings, “I hate it when I can’t feel the Holy Spirit.”

As I was listening I had to stop and rewind. Wait what? Just as I thought Hunt was going to finish a song without breaking into one of his traditional talking segments he slips one in — and it’s ambiguous and unexpected. Then he continues along and the heartbeat rhythm returns as if it never left.

It’s a mysterious and unusual comparison of Lee to the Holy Spirit.

While “Kinfolks” was Hunt’s chance to win back a bit of his fan’s trust after a long musical hiatus and a reckless decision, “Sinning With You” was his chance to mature.

Regardless of your religious beliefs, liking this song is no sin.