‘Marriage Story’ is a tragic look at love, family and priorities 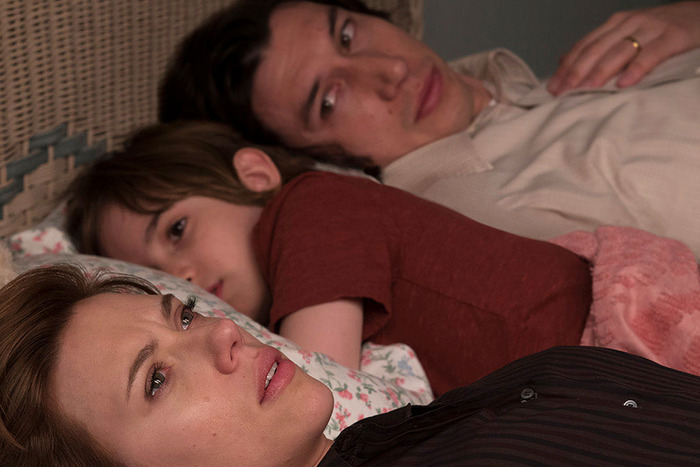 The film, 'Marriage Story,' was released on Netflix Dec. 6.

Netflix Films has proven one thing about its recent string of feature film releases. It no longer produces modest efforts – it creates works that demand widespread attention and praise.

Impressively, it will deserve all the discussion. “Marriage Story” provides an intimate look at the capacities of love, keeping a family together and the grueling effects a divorce can have on ex-lovers. It pits Charlie and Nicole Barber against one another in ways they never intended. They soon learn, however, that divorce will be anything but easy.

In a larger sense, the breakdown of Charlie and Nicole’s marriage highlights multiple, smaller conflicts that brew throughout the film. Charlie’s passion is ground on the stage, where theater is his calling. Nicole longs for the screen, feeling most comfortable in front of the camera. When the divorce becomes complicated through adversarial lawyers, Charlie’s desire to keep his family in New York City clashes with Nicole’s preference to stay in Hollywood, where she can finally pursue a consistent film career.

Both Charlie and Nicole are forced to face their priorities and ultimate desires, even if it means hurting one another. Driver and Johansson’s performances will earn them worthy Oscar consideration. You really feel for both of them at certain points throughout the film, often questioning why they are in this situation in the first place. You hear them both say what they love about one another, and why they initially fell in love. What you don’t hear, though, is their collective effort to compromise. Their differences go far beyond a simple agreement.

Through it all, you see the emotional toll the process inflicts on them. Charlie is constantly shaken up and bogged down by the steady, unexpected stream of expenses that divorce brings and the sometimes questionable suggestions of his lawyer, Jay Marotta (Ray Liotta). Nicole often finds herself carrying through days, attempting to forget the fragmented relationship and undesired situation she finds herself in.

Liotta shines as the loudmouth lawyer who believes that all lines can be crossed in divorce proceedings. He is one of the many brilliant members in a star-studded supporting cast. Bert Spitz, Charlie’s first lawyer, is played by the incomparable Alan Alda, who offers some superb comic relief and a touch of human decency in an overall ugly process. Laura Dern portrays Nora Fanshaw, Nicole’s lawyer, with a deceivingly devilish touch, one that can go punch for punch with Charlie’s male lawyer representation. Julie Hagerty and Merritt Wever team up as Nicole’s mother and sister, respectively, where they shine in limited screen time.

All of the cast delivers, thanks in part to a clever, fresh and realistic script, courtesy of Noah Baumbach, who deserves a ton of credit for pulling off both duties. The film features brilliant shots of Johannson or Driver speaking from their hearts, venting about their lives to this point and why they even fell for each other. We see the pain through their eyes, coming from the heart. The film will undoubtedly hit home for a lot of viewers, whether they or loved ones have been through similar proceedings.

“Marriage Story” isn’t the story of a divorce and the end of a marriage, but instead a glimpse into what must be done to keep a family together. There’s an unmistakable rawness to Baumbach’s film, one that cannot be quickly thrown together. Instead, it is nurtured throughout, where we see, feel and experience the rising struggle both Charlie and Nicole can do little to contain. “Marriage Story” will go down as one of 2019’s great films, if not the entire decade.