‘Frozen 2’ is better than the first 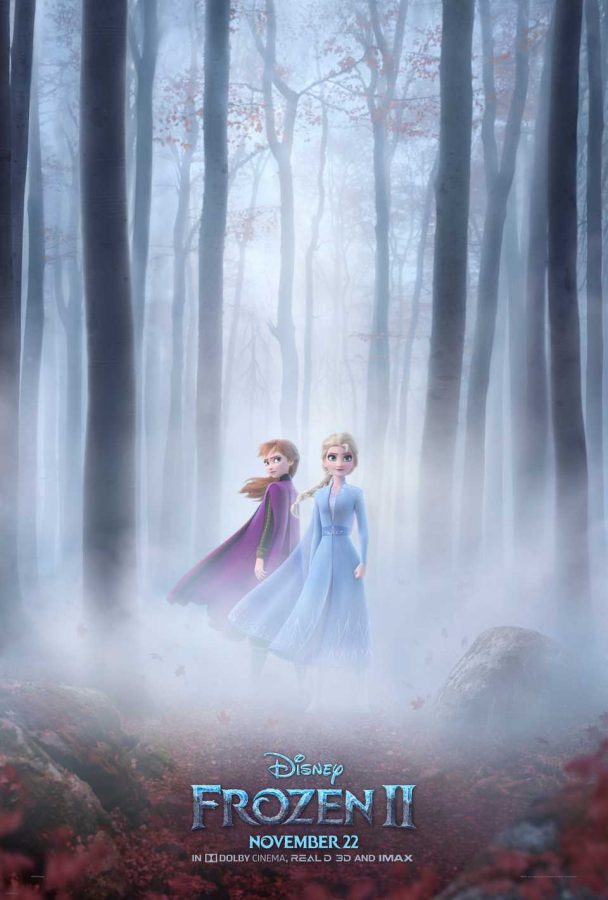 Photo from The Walt Disney Studios

The world was taken by storm with the cultural phenomenon “Frozen” in 2013. Suddenly, Queen Elsa and Princess Anna dolls and costumes were everywhere. So, it comes as no surprise that Disney would want to further capitalize on the gold mine they had just discovered and release a sequel titled, “Frozen 2.” The company had only rarely released a sequel to one of its films in theaters, only ever making direct-to-video sequels.

Is Disney up to the task? Well, of course it is.

Directors Jennifer Lee and Chris Buck create a tidal wave of a film that manages to both raise tensions and let down its hair. The film takes place three years after the events of the first film and everything is — almost — great for all the characters. Elsa is the reigning queen, but she is hearing voices. Anna is happy developing her relationships with Elsa and Kristoff, but she becomes distracted when Elsa starts to hear voices. Kristoff loves Anna and wants to propose to her but hilariously gets interrupted by other characters repeatedly and Anna doesn’t notice. Each character has a new developed dilemma for the audience to explore.

But the events of this film don’t really kick off until Elsa breaks the ice. She hears a voice that no one else can hear. It is almost, calling out to her. She follows it, or rather, it makes her.

Since the developments of the last film with Anna and Elsa coming together, Anna demands that she come along with Elsa. This sets the film up to not just be a fun and maybe scary adventure, but also one that will be emotional. And emotional it was. This was probably one of the more dark Disney films that has ever been released. I was surprised at how bleak and touching this film got.

But despite all the gloominess, the music is what keeps the movie from reaching bleak territory. The songs are written by returning husband and wife duo, Academy Award winners Kristen Anderson-Lopez and Robert Lopez. The music is upbeat without losing the emotion. Standout numbers include “All Is Found,” “Lost in the Woods” and “The Next Right Thing.”

But the real showstoppers are those sung by Tony winner, Idina Menzel, which are “Into the Unknown” and “Show Yourself.” Both numbers feel like natural and worthy successors to the phenomenon that was “Let it Go,” that was played almost everywhere repeatedly. Hopefully these songs get the deserved airtime, too.

The cast features everyone you loved in the first film, with a few new members. Menzel leads the cast with her towering vocals that will infiltrate your ears for the next few weeks. Kristen Bell gives a beautiful and touching performance as Anna with even more depth this time around in her acting as well as her singing. Josh Gad continues as fan favorite Olaf the snowman, bringing more than just a comedic break for the kids. The cast members have such great chemistry together onscreen as they do offscreen with one another.

If this film isn’t remembered for anything else, it will be remembered for its animations. Disney has always featured great works of art in its films with 2D animation such as “Snow White and the Seven Dwarfs,” “Beauty and the Beast” and so many others.

Then the company utilized 3D computer animation which created stunning films such as “Moana,” the first “Frozen” and now its sequel. This film has such intricate and beautiful designs that honestly shocked me at how great they were. This is particularly evident in the “Show Yourself” sequence with some of the prettiest water and ice effects you have ever seen in a movie.

“Frozen 2” is a stunning sequel that accomplishes everything the first film did while also having its own unique and beautiful voice. This movie will surely pass the audience’s high expectations resulting from the original movie. The creators have crafted an important and moving portrait of characters, developing who they are and coming to terms with it. We go deeper into the characters psyches and explore their world even further, resulting in a marvelous movie that feels unexpected and fearless.