Refocusing on our roots 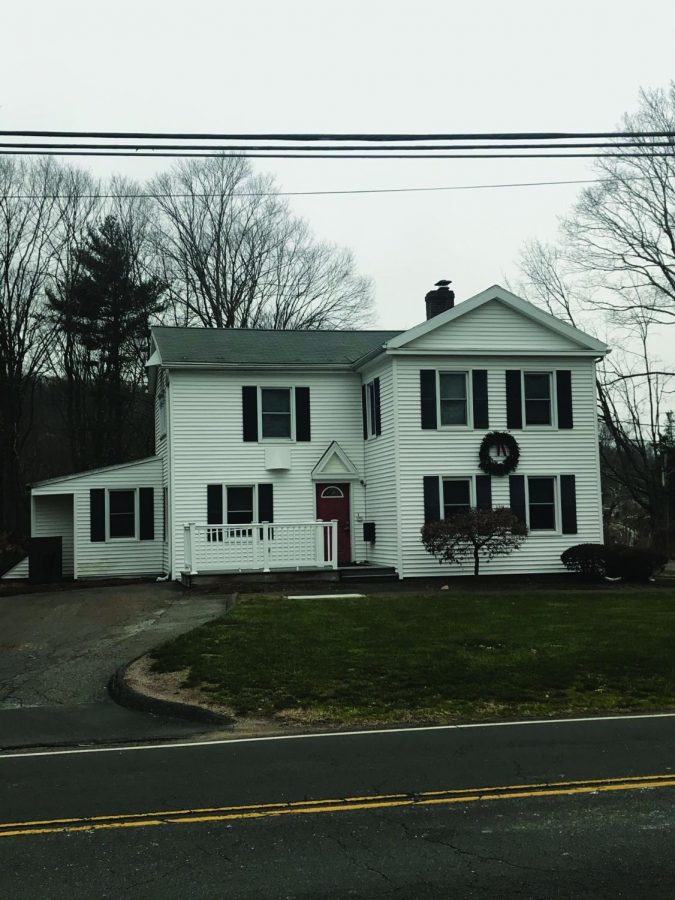 The Albert Schweitzer Institute is helping the new organization get moving.

Students at Quinnipiac University are working to create a home for students of indigenous descent and educate the community about indegenous cultures.

“I definitely think that the fact that (Quinnipiac) has a Native American name is enough that I’m surprised that we don’t already have one,” Tanta-Quidgeon said. “I think getting people who are here together, and to inspire other indigenous people who may want to come here, to have a place to be with other indigenous students. I think that’s important.”

While Tanta-Quidgeon’s goals are straightforward, there are many complications that come with the creation of such a club. Chief among them are the racial disparities plaguing Quinnipiac, as well as the history that the school shares with the Quinnipiac tribe.

The Chronicle reported in August on the Princeton Review’s 2020 edition of its “The Best 385 Colleges,” bringing attention to Quinnipiac’s ranking at number one in the ‘Little Race/Class Interaction” category. Additionally that same article featured the racial makeup of Quinnipiac students,with an overwhelming 77% of students identifying as Caucasian.

While the lack of diversity may provide an initial challenge for the Indigenous Student Union, both Tanta-Quidgeon and Executive Chair of the Multicultural Leadership Council Andrew DePass view the overwhelming Caucasian majority as another reason for the creation of the club. Tanta-Quidegeon said that her goal wasn’t to make the club exclusive to indigenous students but rather to create a sense of community for indigenous students and educate non-indigenous students to learn about the history and diversity of indigenous people.

“I think the fact that we do acknowledge there is difficulty in starting such a club is a reason to go ahead,” DePass said. “[When] you find yourself as a minority on campus you find that you need more support to help facilitate your experience.”

In recent years, Quinnipiac has started to acknowledge its past with the native community. In 2013, two School of Education professors, Mordechai Gordon and Susan Clarke, applied for grants that would allow them to promote the study of New England tribes and make Quinnipiac students aware of the history that surrounds the school. Both professors admitted, at the time, that most students were unaware that the university sits on an Native American reservation. At the time Clarke said that she hopes the university “wakes up” to its past and the origin of its name, according to a Chronicle article at the time.

More recently, Quinnipiac University and the Albert Schweitzer Institute have joined in a coalition with other universities as part of an initiative to bring to light the indigenous history of the land that the campus occupies and Quinnipiac’s relationship with the native tribes. The initiative has held events highlighting the origin of the “Legend of the Bobcat” and an indigenous “Teach-in” event that educated students on indigenous culture.

In the early 1900s Quinnipiac University was known as the Connecticut College of Commerce, before changing its name to the Junior College of Commerce and finally adopting the Quinnipiac name in the 1960s. Executive Director of the Albert Schweitzer Institute and Professor of Political Science Sean Duffy, found that after the renaming of the school there was an overwhelming sentiment that sought to somehow identify the university with “some sort of native stereotype.” This included the creation of war cries that were designed to be yelled at athletic events, the election of Indian princesses and chiefs (Duffy describes it as the equivalent of a prom king or queen) and incredible celebrations after the Quinnipiac name was adopted.

What Duffy found interesting was the choice of the Quinnipiac name as the name to lead the university into the future, especially as the school would move to Hamden and away from New Haven, which had been known as “The Quinnipiac Settlement” when the Europeans had first arrived.

“At a major time of transition for our institution, they chose to make this transition and look to the future and chose an indigenous name,” Duffy said. “Especially considering that even now our strategic plan is to be the university of the future.”

Duffy said there are still people who identify as Quinnipiac, and emphasizing the notion that the school can still reach out to existing native societies throughout the nation, and discover how to make indigenous people feel welcome at our universities.

It is often hard to feel welcome at Quinnipiac especially after her childhood growing up on a Native American reservation, Tanta-Quidgeon said. It’s her hope that founding the Indigenous Student Union can help create that sense of togetherness for all people of indigenous heritage.

“When we do a powwow (a Native American social gathering), basically every tribe in Connecticut comes together,” Tanta-Quidgeon said. “A big thing I want to do is focus on the celebration of diversity inter-tribally, and spread awareness. I also don’t want to leave it to Native American — I want to spread it to Native Alaskan, Native Hawaii and indigeneity in general.”

In the future, Tanta-Quidgeon believes Quinnipiac could certainly do more to make the history of the tribes and their relationship with Quinnipiac known, through events ranging from educating the students of the university, to holding powwows.

Neither Tanta-Quidgeon nor Duffy believe that Quinnipiac can’t reestablish its relationship with its indigenous past, but it might take time, and both believe that establishing a club dedicated to creating a community for students of indigenous heritage and those who want to learn more about them is a good start.