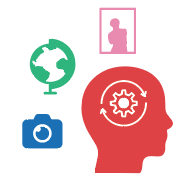 Every so often, I like to joke with my friends and family about how the only thing I need to satisfy me is basketball. I play it in real life, on a video game and watch it on T.V. or any other device.

Don’t get me wrong, this is a bit of an exaggeration since I recognize that the people I care about are much more important to me than practicing my jumpshot or watching the New York Knicks underachieve for eternity. But I’m a person some might call a hoops junkie. Someone so addicted to basketball that it pains them to not be able to watch a good NBA game or walk onto a basketball court and not take at least one jumpshot before going about the day.

As anyone can see, basketball is a passion of mine — one that will last a very long time, even longer than the Knicks’ penchant for providing agony to fans like myself who unearth a speck of hope and are routinely crushed year after year by shameful losing seasons.

But eventually, there was a realization that at some point hoops couldn’t be the only thing worth knowing a lot about. It was no longer OK to check the ESPN 100, a list of the top 100 basketball players in high school, every week but never watch 30 minutes of   “News 12 The Bronx” to know what was happening in my neighborhood.

I learned that having a deep passion for something does not excuse me from being a one-trick pony.

It is worthwhile to step out of your comfort zone and wholeheartedly try something else. The key word is “wholeheartedly” because as thinking beings, we can allow our minds to completely alter the perception we have of something we would ordinarily enjoy had it not been for our desire to dislike it.

Not to annoyingly repeat the clichés many people hear often throughout their lives like “try new things” and “don’t knock it till you’ve tried it,” but actually do the things these overused phrases tell us to do. The trick is, though, to think of it in a more sophisticated fashion that emphasizes building good habits that ultimately will assist you in having a successful future and becoming a well-rounded person that has a part in making the world a more inclusive place.

Exposing yourself to more than what’s in your immediate surroundings is a great habit to have. It can broaden your perspective and inform you of people and cultures you know “of” but don’t know anything “about.”

As individuals in modern society, having real knowledge about things from people we normally don’t meet or hear from produces some semblance of compassion for each other in the big picture. In the humane sense, this is a factor if felt by enough people can bring about shared progress and equity to others who suffer in silence and are apart from the more privileged.

In the professional sense, employers care to have a globally educated and multifaceted employee that can tap into the many different lives of the consumers they serve. If one wants a shot at being his or her own boss today, having expertise in many areas outside of just the things you grew up around gives you the resources to accomplish that goal.

This grand mission doesn’t have to start all that big either.

The early steps in my quest to not just being a basketball nerd was getting into other sports such as football, lacrosse and soccer. Following my learning of other sports, writing became an activity that I gravitated toward after finding scholastic success and enjoyment from it.

By the eighth grade, I decided to become a sports writer and commentator once my eventual NBA career is over. As a sophomore at Quinnipiac University, I can safely say that the writing career will be coming much sooner than my 14-year-old self expected.

In high school, I never ended up playing for the basketball team but became the first student sports writer in my school. I wrote for the school’s basketball, football and lacrosse teams. I then proceeded to write for YCteen, a New York City magazine written by teens. During my senior year of high school, I had a sports column called TJ’s Take and occasionally branched out of sports by giving critiques on education and personal stories that shaped me to become who I am today.

The following summer, I took a break from writing and decided to be a teen apprentice at the New Museum in the Lower East Side of Manhattan. I gave tours of exhibitions by The Black School and Kameelah Janan Rasheed that delve into African American history. And most recently, I interned at the Bronx Documentary, a non-profit photo gallery and education space, where I helped teach photography and organize different events with themes of social change.

I still have a ways to go even though all the experiences I’ve gathered have made me more conscious of the world around me. Moral of the story: if a basketball nerd can be more well-rounded, you can be too.