It’s important for you … and me ... to learn about the things that matter to others 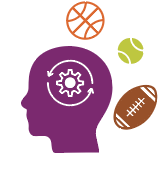 As news editor of this outstanding publication, I have had the privilege of writing about anything and everything happening at Quinnipiac. I have found a passion for news and current events, but I have branched out to respect and love the opinion section. This is a place for me to both applaud and chastise aspects of our university and our world. This year, I was able to celebrate the life of Elijah Cummings, one of my personal heroes, and rebuke the shuttle system that left me stranded outside a locked building.

I have found yet another home writing about arts and life. My love for country music found its way onto the pages of The Chronicle as I reviewed albums and songs. I attended theatrical performances and rallies for women’s health and realized that all of these things can make for content worth publishing and worth reading.

I have never written for sports.

It’s been a running joke on the editorial board that I am clueless about sports, refuse to proofread the sports section and frankly just believe that sports as a concept should be abolished. And freshman Emily, who joined the student newspaper in her first week at Quinnipiac, probably thought, “Hey, would the paper be any different without those last three pages of sports? Probably not.” As someone who had never written for a paper before, my mind had never considered writing outside of the news section. Why else would it be called a “news”paper?

I grew up in a house where MSNBC played on the T.V. and the sports section of the paper was used to line litter boxes. Sports were the ultimate struggle for me as a child. I had asthma, flat feet and hip dysplasia that made running a nightmare.

I turned to politics, books and writing. I followed elections in the way that so many people, I assume, follow their favorite team. Debate night has always been an affair with snacks and political t-shirts. Election night is a full-blown face painted, fist-pounding, “I’m going to throw my Bernie Sanders statue at the T.V.” kind of day.

I found swimming in high school, a sport that didn’t require me to stand, let alone run. I felt successful for the first time in a sport, but I never connected my love for media to my love for swimming. I didn’t write columns about swimming. I watched the Olympic swimmers like any self-respecting American, but that was the extent of it. Sports and writing never collided for me — the writers I admired wrote politics. When I came to Quinnipiac, a university sans pool but pro newspaper, I didn’t really return to sports in any capacity.

I made a dire mistake.

By writing off sports, I completely wrote off someone else’s politics, and someone else’s passion. For me, following politics is following stories. Campaigns are movements that inspire people to organize, knock on doors and vote. The person behind that mobilization is a fascinating story, someone who could be the next leader of your state or our country.

Sports are stories, too. They make people bang their fists, throw things at the T.V. and devote entire nights to being holed up in their room watching and rooting for something that matters.

Who defines what matters?

Is my definition that politics matters more than sports really any more legitimate than someone’s idea that sports are more important? No. Definitely not. Sports are a cultural and social phenomenon, just as politics can be. Athletes move people to act and to think certain ways, just as politicians do. Athletes inspire people, just as I have been inspired by great politicians.

Athletes have flaws. Politicians do, too. Ultimately, both are stories of people, and both are worth understanding.

I’m going to spend this next semester covering politics in Washington D.C., but I’m also going to familiarize myself with D.C. sports. For some people who live in D.C., the sports teams are just as important as the political parties occupying their city. If I ignore that, I’m ignoring one aspect of the culture, and I’m ignoring the possibility of me actually enjoying that culture.

So, this week when you read The Chronicle, flip all the way to the back. Check out the sports features, read the game recaps on the website and realize that there’s more to newspapers, and life, than news.