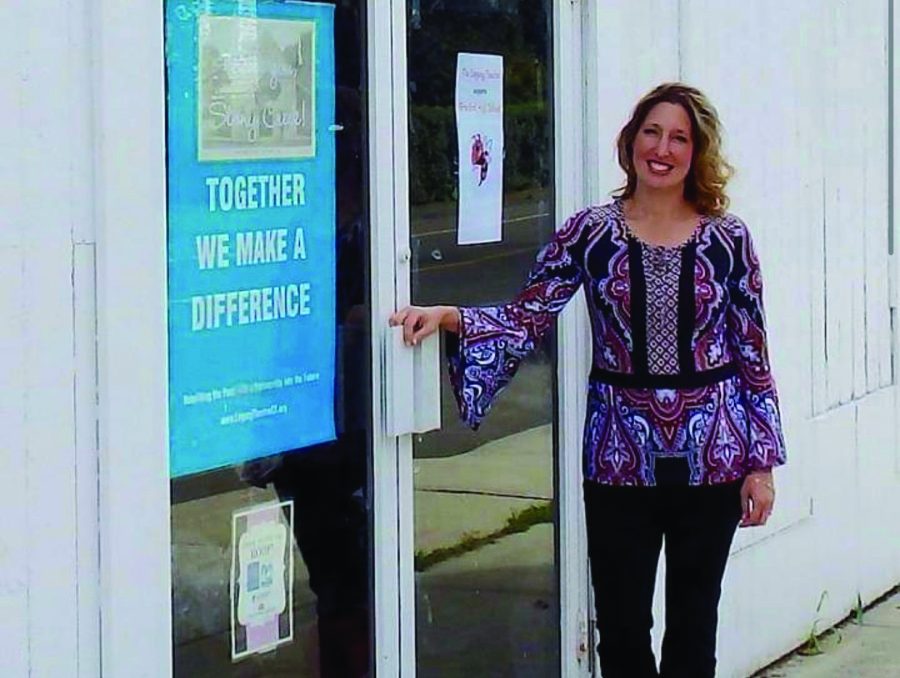 Keely Baisden is a director, professor, author, theater-owner and mom of five, but she manages to balance it all.

“People ask me all the time – they wonder how you enjoy the process of wearing so many hats,” Baisden, a part-time theater professor at Quinnipiac, said. “For me, it’s about excellent time management.”

Her biggest project right now is the reconstruction of a theater in Branford, Connecticut, with the company she co-founded called Legacy Theatre.

“We’ve been working over the past several years to fundraise for the rebuilding of that theater because it’s dilapidated at the moment,” Baisden said. “We’re going through the bidding process with builders, and our goal is to open doors in September of 2020.”

In the meantime, Baisden said that the theater company has been running programs and classes.

“We have done two ‘Shakespeare in the Parks,’” Baisden said. “We also have an outreach program called ‘Wheel of Life’ theater troupe, which is a program for anyone who uses crutches and wheelchairs. It’s a wonderful program.”

Legacy Theater purchased the building in 2013. When it is complete, it will have 127 seats and be designed to look like an opera house.The company will immediately begin productions and has plans to be open 150 days of the year.

“We’ll have a theater company that has professional actors and teachers in it,” Baisden said. “I’ve been bringing Quinnipiac students into the company and using their talent and newfound knowledge in running a show. It’s been a nice relationship.”

Even with the time opening a theater occupies, Baisden still finds a way to work on other aspects of her life. She teaches introduction to acting, voice and movement, musical theater dance and singing in the QU drama department.

“Her career never takes a rest, so no doubt she was very busy,” Powell said. “I never found her lacking as a professor though, as she was always very kind and supportive, and never slacked in her duties to our class or performance.”

She is also the mother of five children – four girls and one boy. She said that she is able to balance being a mom with all of her other projects by purposefully dividing her time.

“I am super devoted to my family, and I typically compartmentalize how I’m spending time. I have hours allotted for certain projects,” Baisden said. “I bring my children with me places – they’ve actually become very involved in my artistic process and they’re great sources of inspiration.”

Baisden said her kids have the perfect temperament for her busy lifestyle – sometimes starting right at birth.

“I remember I brought my oldest daughter to faculty meeting and set her down in this carrier, and after the meeting they asked me how the baby was and I picked her up and they were shocked because she was so quiet,” Baisden said. “It was so funny because I never thought about how weird that must have been.”

People always ask Baisden how she is able to do all that she does, and she revealed that she is working on a book about that. She feels that if something is important to her, she will make time for it.

“There’s so many skills that you learn in theater-making that are applicable to parenting in just organization – you know, getting five kids out the door every morning,” Baisden said. “How to organize schedules, and prioritize their development as well as your goals, which I feel tend to get lost in some families where there’s an undue amount of personal sacrifice. I think that is such a shame, not only for the person making the sacrifice, but also those around them because so much learning and growth happens because of my work in the theater. I wouldn’t have it any other way.”