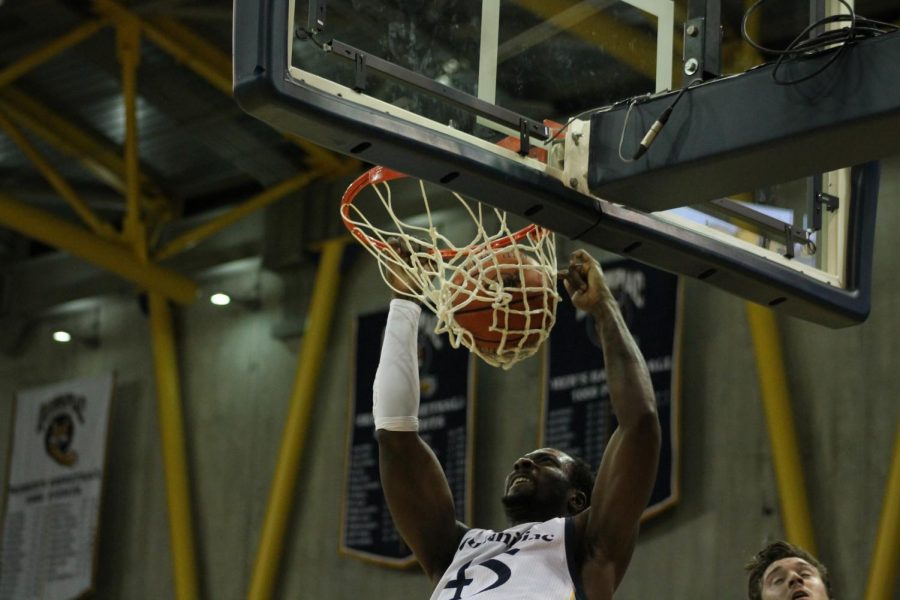 The Bobcats (2-3) shot 42.2% and only made 9-of-26 3-pointers compared 60% and 13-of-27 3-pointers from the Pioneers (3-4). Despite the difference in shooting, Quinnipiac head coach Baker Dunleavy doesn’t believe short rest was a factor for the Bobcats.

“Both teams had the same situation,” Dunleavy said. “I’d love to come up with some excuses, but whatever it is, we’ll have to watch the game and figure it out.”

Sacred Heart had six players score in double figures. Sophomore guard Cameron Parker led the Pioneers with 16 points and 16 assists on 62.5% shooting from the field.

Contrary to the final score, Quinnipiac challenged Sacred Heart in the first half. Junior forward Jacob Rigoni had 10 points and redshirt junior forward Kevin Marfo had eight points and nine rebounds at the half.

The second half was far more one-sided as Sacred Heart went on a 15-0 to put the game out of reach. Following the run, the Bobcats trailed 66-41 with 11:14 remaining in the game.

Shortly after, Quinnipiac switched into a man-to-man, full-court press defense and began to force a few turnovers.

“(The full-court press) was good for us, it was good for us,” Dunleavy said. “I think for us, you just got to go into that as soon as you feel there’s not enough time to win it with just stops.”

Quinnipiac clawed itself back to within 11 points with 1:32 remaining after hitting three straight 3-pointers, but Sacred Heart finished the game on a 6-0 run.

Despite the loss, Marfo recorded his second double-double — 15 points and 14 rebounds — and his fifth straight game with double-digit rebounds.

Along with Marfo, sophomore guard Tyrese Williams scored 22 points — his second straight game of 20 or more points — on 8-of-13 shooting.

The Bobcats take a break for Thanksgiving week but are back in action against Fairleigh Dickinson on Tuesday, Dec. 3, at 7 p.m. at the Rothman Center.