The Grateful Dead offshoot recently completed a highly successful East Coast mini-tour, will they keep it up on the West Coast? 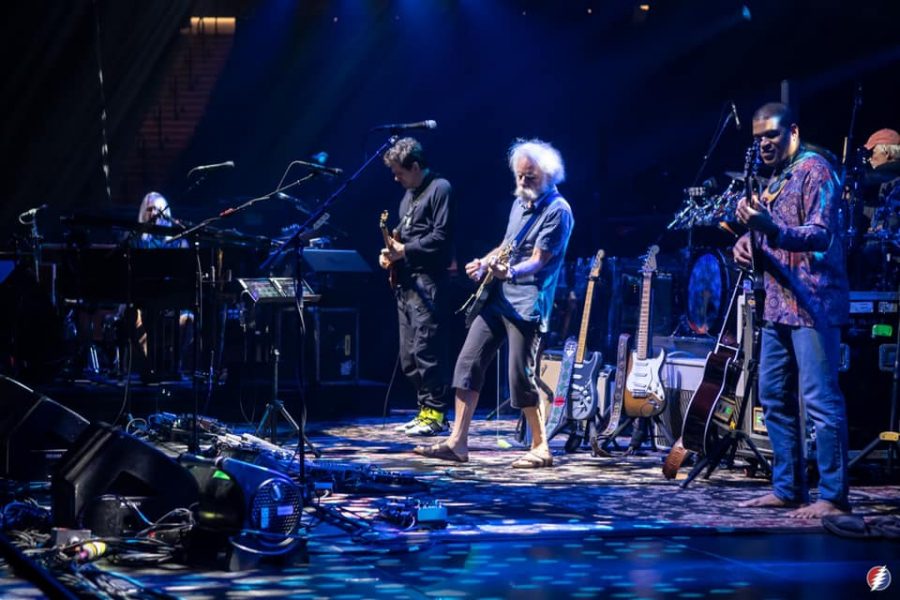 The Grateful Dead is a band that is defined by its career high and lows. Its most successful offspring, Dead & Company, may just be playing at its best right now. That much was clear at the conclusion of the groups “Fall Fun Run” mini-tour. Between six shows at Madison Square Garden, Nassau Veteran’s Memorial Coliseum and Virginia’s Hampton Coliseum, the band proved it is playing at a higher level.

Make no mistake – Dead & Company is not the Grateful Dead. It also isn’t trying to be either. Indeed, the original Dead’s magic loomed over the arenas in which Dead & Company frequented during the November run. The Grateful Dead played MSG, Nassau Coliseum and Hampton a combined 115 times in its career. Perhaps most impressive, it played at the Garden 52 times between 1979-94 alone. Every one of the 52 shows were sold-out.

On Long Island, Nassau Coliseum raised a banner commemorating the Grateful Dead’s 42 shows there as the most-ever from a single group. Nov. 5 marked the first of a two-night run there for Dead & Company, and it did not disappoint. It was the third show in the mini-tour, a prime example of the consistency from night to night. Here are the highlights of the mini-tour:

Shakedown at the Garden

The group didn’t hesitate to get the first concert, held on Halloween, at Madison Square Garden, off to a hot start. A seven-song first set was a burner from start to finish. Highlights included “Ripple”, “Shakedown Street”, “Bertha” and “Terrapin Station.” Both nights at Madison Square Garden were sold-out, and Deadheads lined the streets hours before the show. Adventurous is the best way to describe how the band must have been feeling during its four New York nights. It didn’t repeat a song between any of the four shows.

A proper hello to the new Nassau

Some of the Grateful Dead’s best New York shows happened at the Nassau Coliseum. Now officially named “NYCB Live: Home of the Nassau Veterans Memorial Coliseum,” (a bit wordy?), Dead & Company proved up to the task of its predecessors legacy at the venue. The parking lot scene was alive, with vendors, live music and food shops lining the rows of concrete. Inside, things got better as the night went on. A blistering “St. Stephen” opened the second set, which led into “The Eleven” jam.  Typically a slow, skippable selection from Dead & Company, Nassau’s “Peggy-O” was fantastic, with gorgeous interplay between Mayer’s leads and Bob Weir’s acoustic rhythm. On what was election night, the group encored with a fitting “U.S. Blues.”

Return to the ‘Mothership’

Perhaps Virginia’s most famous concert venue, the Hampton Coliseum, holds close ties with the Grateful Dead. They played there 21 times through the 1980’s, including a few of its all-time great shows in 1989. Dead & Company’s first-ever appearance there was a highly-anticipated one. Things got off to an upbeat start, with John Mayer leading off “Bertha” into a cover of the Rascal’s “Good Lovin’.” Set two, though, was the real meat of the show. Jerry Garcia’s “Althea” began, while “Estimated Prophet,” “Eyes of the World” and “Terrapin Station” followed. That’s how you please a familiar crowd.

The group is headed back to its home turf for its final shows of the year – California. Dec. 27-28 will see the band at Inglewood’s Forum, followed by a pair of New Year’s shows at San Francisco’s Chase Center. Needless to say, the Bay Area New Year’s Eve shows are expected to produce wild nights. Though the group hasn’t announced any plans for next spring or summer, one has to imagine that something will form. Bob Weir already has a small tour planned with his acoustic trio, the Wolf Bros. But based on how well Dead & Company is playing and the venues it is selling out, it seems likely that another tour will follow sometime in 2020.