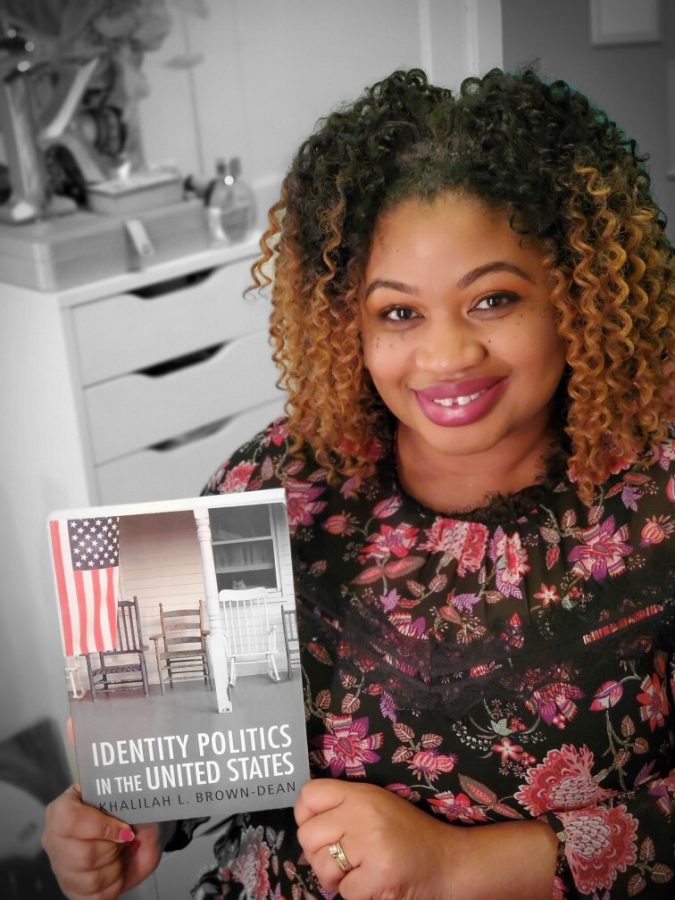 Brown-Dean's book delves into the role identity politics may play in the 2020 election season.

Khalilah Brown-Dean, associate professor of political science, hopes to give the public, and her students a sense current of U.S. politics through her newly released book, “Identity Politics in the United States.”

In addition to being a professor, she calls herself a scholar, an author and a civic influencer. She works with legislators, community groups and non-profit organizations to figure out how they can address public policy needs across the country.

Brown-Dean shared her passion for her new book.

“What I want to do in the book is give us a historical background of why the U.S. seems so divided,” Brown-Dean said.

There are many debates going on in today’s political climate including immigration, voting rights and the #MeToo movement. Brown-Dean said she wants to address how to understand the divisions between the two parties on the issues and how to move forward.

Brown-Dean said identity is what American politics is all about because everyone’s views on political matters have a lot of impact on how they interact with each other. A tension could arise when two people talk about an issue through different perspectives. This is the reason why Brown-Dean said it is important to talk about identity in politics in this time of history.

“I think instead of blaming people for that or seeing it as a negative thing, I want us to look at what are the strengths,” Brown-Dean said. “How can we learn about how other people live and how might that influence what we believe?”

Even though Brown-Dean has a book tour scheduled, she said she is diligent about managing her time. She makes sure that this book tour isn’t taking away from her role as a professor and more importantly, that this book will help her inform her teaching and make her a better professor.

Brown-Dean’s classes this semester focus on how to make sense of the impeachment inquiry into President Trump. She said she uses her real-world experience to help her students have a better understanding of complex questions.

“I use this book to help students also see that I’m not here to tell them how to think,” Brown-Dean said. “I’m here to challenge them, to think, to think differently, to think broadly and to think critically. Whatever career field the students go into, they will be confronted with these issues.”

“It has helped me understand all sides of politics and how the nation can be so divided,” Peake said.

Brown-Dean thinks that identity will be a bigger focus heading into the 2020 presidential election than it was during the 2016 campaign. Currently, the Democratic field is very diverse in terms of age, gender, sexual orientation and ethnicity. She said she expects to see a lot of identities talked about on the campaign trail in 2020.

“It’s not just about what groups people belong to, but how their experience is shaped by that,” Brown-Dean said.

“Identity Politics in the United States” is now available on Amazon, Polity Press and Barnes and Noble. Learn more about Brown-Dean’s work at kbdphd.com. Brown-Dean will discuss her book Thursday, Nov. 14, from 7-8 p.m. at Wesleyan RJ Julia Bookstore in Middletown, Connecticut.