A show on the Hulu frontier

The popular book, ‘Looking for Alaska,’ comes to Hulu 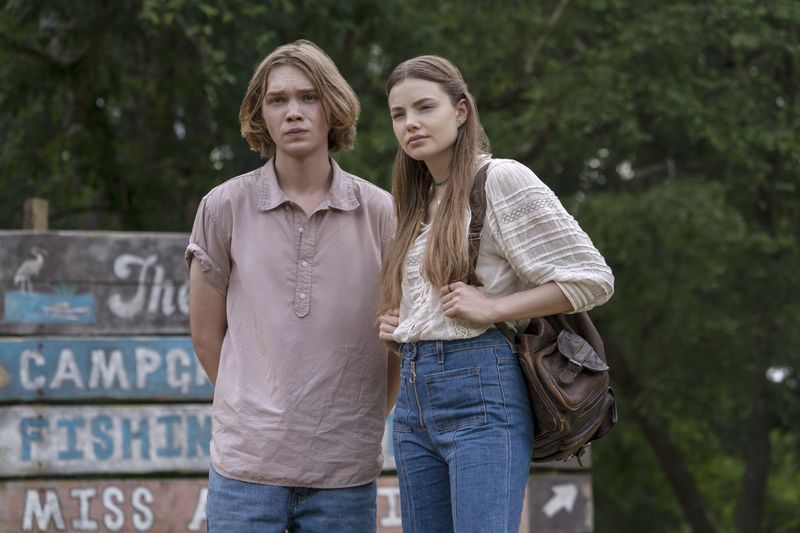 'Looking for Alaska' is a new mini-series on Hulu that is based off of John Green's 2005 book.

Need a new show to start binge-watching? Hulu has got you covered.

Hulu has a new original mini-series that you can start watching right now. Season one of  “Looking for Alaska” is out and you don’t want to miss it.

The show is a romantic teen drama that is rated for mature audiences. There are only eight episodes in the first season of the series, each being just under an hour long.

This is based on John Green’s 2005 book, “Looking for Alaska.” The book won the Michael L. 2006 Printz Award, 2006 Teen’s Top 10 Award, A Booklist Editors Choice Pick and many more accolades.

The book may seem dated since it was from the mid- 2000s, so the show tried to put in some modern day elements that more people can relate to. It relates to the problems that teenagers today are facing.

This show, along with shows like “13 Reasons Why,” “Sex Education” and many more sitcoms and dramas that may have a controversial topic shows the importance of certain topics.

It doesn’t ignore the problems that people are facing, it shows the problem and addresses it for the viewers.

The main character, Miles Halter, played by Charlie Plummer, doesn’t enjoy his life at home. He finds his life to be boring and wants to experience more in life, so he decided to attend a boarding school in an attempt to experience the adventure he’s seeking.

He enrolls at Culver Creek Academy, and from the start, he finds the excitement he has been looking for. Miles’ motivation for wanting to find adventure in his life is based off the quote, “Great Perhaps,” which means to try finding deeper perspectives in life.

With help from Miles’ friends, he seems to be having a great time at his new school until he meets Alaska Young.

Alaska, who is played by Kristine Froseth, captured Miles’ attention from the moment they met. Mile’s roommate, Chip, introduces him to her and they instantly become friends and without knowing, Miles starts to fall in love with her.

Throughout the first semester of the school year, Miles gets to know Alaska a lot more from pulling pranks on the Weekday Warriors to just hanging out on the bridge.

He finds out she isn’t as normal as she may seem. Alaska appears to be more complex than he had imagined.

Then tragedy strikes campus, and it’s all that everyone is talking about. Even worse, it involves Alaska.

Miles and his friends try to get to the bottom of things and figure out if Alaska is alright. What happened on campus? Who was involved? What does this mean for Alaska?

The thrilling teen drama is streaming now on Hulu. Make sure you check it out as your next show to binge on.