The Houston Astros showed why we need to do better

Domestic violence in sports is still a crippling societal epidemic 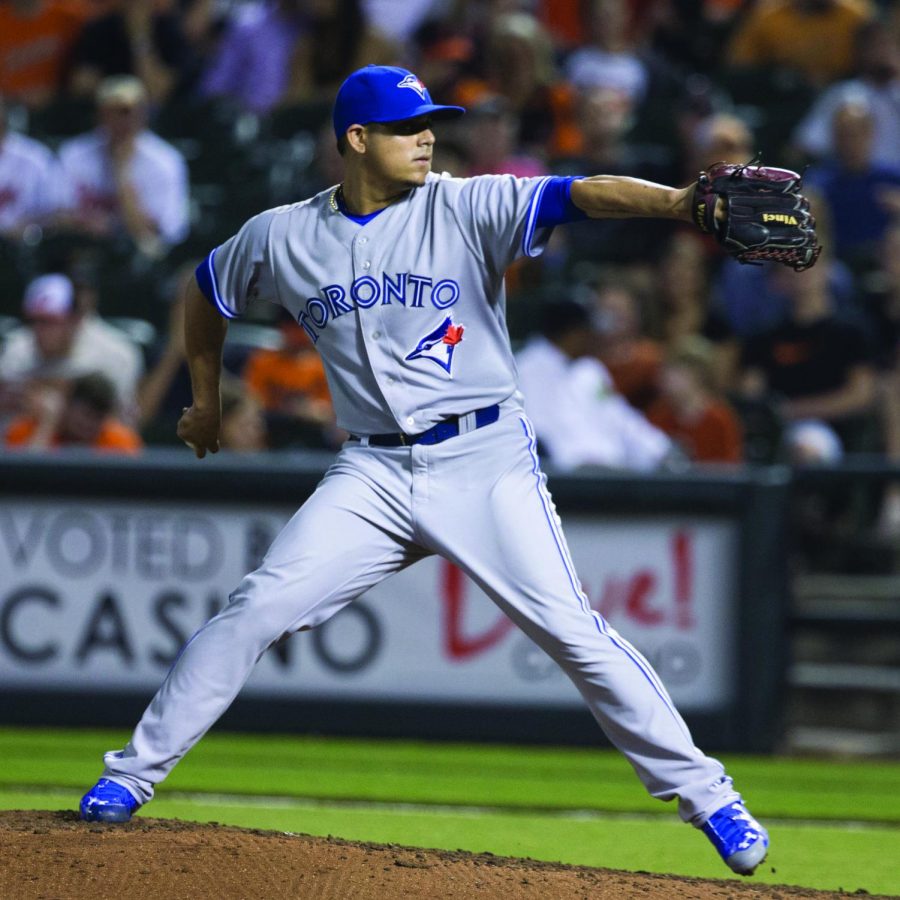 In the past, the public has seen athletes do horrific things.

Due to its recency, the incident in which Houston Astros pitcher Roberto Osuna assaulted the mother of his child comes to mind. But there are multiple previous examples.

There was the TMZ video where former Baltimore Ravens running back Ray Rice assaulted his then-fiancée in an elevator.

There was the TMZ video of Cleveland Browns running back Kareem Hunt shoving and kicking women in a hotel scuffle.

There were pictures of the damage Washington Redskins running back Adrian Peterson did to his son after beating him in 2014, who was only four years old at the time.

The list of offenses goes on. And somehow, we just can’t solve the problem.

The biggest rally around a victim of domestic violence affected by an athlete was Janay Palmer, Rice’s now-wife. The community showed endless support for Palmer. Yet, the NFL suspended Rice for only two games.

Rice’s punishment was a paltry two games. There was outcry for similar suspensions to be increased in length, which NFL commissioner Roger Goodell acknowledged. In response, he held a press conference taking responsibility for the light sentence and the investigation that led to that conclusion.

The same amount of players have been reprimanded for violating the same policy in half the amount of time.

Clearly, no progress has been made. If we are trying to move forward as a society, it needs to start at the top. Leagues, like the NFL, need to take the initiative to put an end to terrible acts like the one committed by Rice.

Yet, there are organizations that bring us a step back every time we think we took one forward. The Astros are the perfect example of a club that made the wrong move.

In July of 2018, the Toronto Blue Jays traded Osuna to the Astros. When the trade was finalized, Osuna was in the midst of a 75-game suspension for violating the MLB’s personal conduct policy.

Osuna was charged with assaulting the mother of his son, but the charges were later dropped when the victim refused to testify.

The Astros received backlash for making the move, as many other teams in the league wanted nothing to do with Osuna. The biggest repercussion for the move was the next year, though.

The Astros’ assistant general manager Brandon Taubman made several distasteful comments about Osuna. The outburst was directed at three female reporters, one of which was wearing a bracelet embracing domestic violence awareness, as Taubman shouted at them that he was “so fucking glad we got Osuna.”

After the childish and unsavory event that should have caused Taubman to be immediately fired, the Astros made a series of mistakes that escalated the situation even further.

The incident occurred on a Saturday, but the Astros waited until Thursday to announce the firing of Taubman. That alone is an issue, but the Astros did all they could to salvage the nightmare before firing Taubman.

They denied that the comments had anything to do with Osuna’s past and had everything to do with his poor outing in the game that night. Clearly, this is an odd statement to affirm so vehemently given the fact that he allowed a game-tying home run.

Taubman apologized for his actions but left out a major detail. He only apologized for using “inappropriate language.” Absent from his apology was any remorse regarding the obvious subliminal meaning of his comments. He acknowledged that the reports about his motivation existed but discredited them.

Taubman took no accountability, and outrage understandably swirled even more rapidly after that. The attention was justified, as it took the Astros a whole two days after the misguided apology before they pulled the plug on Taubman’s career with the Astros.

A review of the entire situation shows a number of things about not just the Astros organization or the MLB as a company, but about our progress as a society regarding domestic abuse.

Taubman remained employed for a full six days before he was fired. The Astros tried to save themselves by claiming Taubman was not alluding to anything other than a baseball game.

In fact, the MLB can be commended for its part in the controversy. They followed through with an investigation into the situation, which led to the firing of Taubman. Had it let the Astros figure this out for themselves, Taubman would likely still be in a job.

Nonetheless, the ordeal is a crystal-clear reflection of society’s stance on domestic violence. We claim to be doing all we can to help victims and promote prevention, but are we? The Astros claim to have donated hundreds of thousands of dollars to domestic violence charities, which they began doing once they traded for Osuna. I don’t doubt that this is true, but I do doubt the true motivation behind it.

If you’re about to trade for a player in the thick of a personal conduct suspension, you can probably anticipate a certain amount of questioning. Therefore, to fend off that criticism, you throw some money to charities in order to quiet down the media and keep your brand clean.

However, among your front office is a man who just couldn’t keep it to himself. He was sick of all the bad press and wanted to let the media know that he just couldn’t care less about what they thought. Of course, he did it in arguably the worst way possible.

We could claim to be fighting for domestic abuse victims until we’re blue in the face. But, until incidents like this are extinguished, we’ve worked toward nothing.

We cannot continue to allow this kind of behavior. And no matter what the Astros spend their money on or how long they keep their employees locked up in the conference room holding seminars about them, we don’t know where their values really are.

I say “we” because I am addressing society as a whole. There are very few people who had to do with the firing of Taubman, and there was only one person culpable for these actions: Taubman himself.

This situation is a reflection of what happens in our society. This is not even close to the only example of something like this happening. The Astros need to do better. On the other hand, we as a society need to not only hold them accountable but to work to prevent things like this from happening.

It’s times like these when we see the true colors of an organization. Holding onto Taubman and trying to weather the storm for nearly a week is inexcusable, and they knew exactly what they were doing.

And until we eradicate this kind of conduct, not just in sports but worldwide, we have nothing to show for all our efforts.