Quinnipiac falls to Fairfield 1-0 in the MAAC semifinal 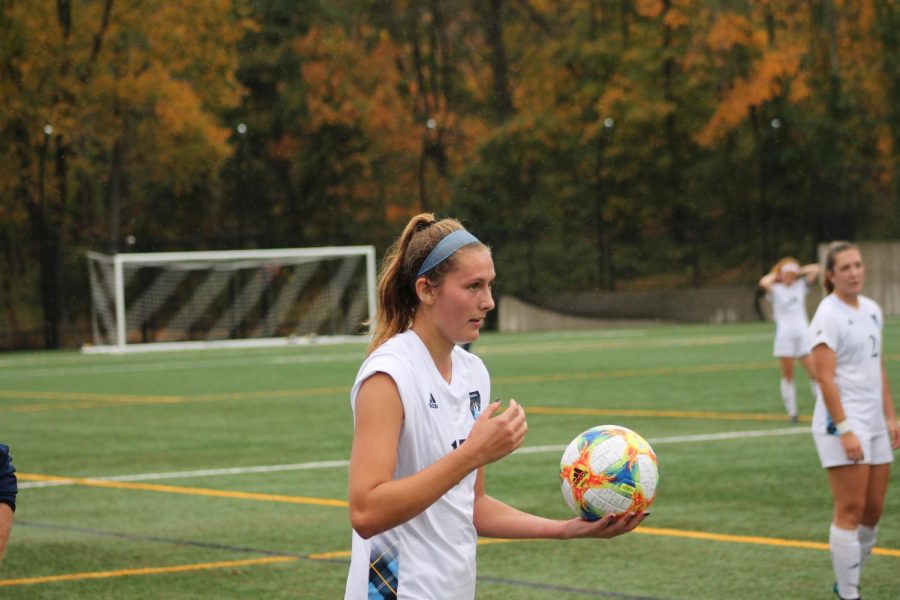 When the Quinnipiac women’s soccer team traveled to Fairfield on Nov. 8, to take on the Stags in the MAAC semifinal, it battled more than just the hosts.

The wind, rain and slip-n-slide of a field made things difficult for the Bobcats Thursday night.

At the end of the day, the elements proved too much for the visiting Bobcats, who were eliminated from the playoffs just one game shy of the MAAC Championship. Had the team won, it would have been its first appearance in the MAAC final since 2016.

The first half consisted of little action. Both teams struggled to make any real threat, in large part because neither could avoid a sloppy style of play.

With the conditions being what they were, Quinnipiac had a difficult time playing its brand of soccer. Long balls and quick passes became a struggle as the ball locked in more moisture over the course of the match. The players’ damp cleats made maintaining possession a chore with virtually no solution.

The action didn’t start until the second half. Both teams came out of their huddles with a newfound motivation that wasn’t displayed in the first. The reality of a 0-0 semifinal match started to settle in the minds of players and coaches.

The intensity cemented itself following the redirection of a corner kick. Redshirt senior defender Kylie Lance gathered the ball at the top of the box, and after taking just one touch, she sent the ball soaring toward the net where it slammed off the crossbar. The vibrations could be heard throughout the stadium for the next 15 seconds, and the fans’ reactions lasted even longer.

Despite the excitement, it was still a 0-0 ballgame with plenty of time left to play.

The next 24 minutes favored the Bobcats, who continued creating opportunities on the offensive end and limited Fairfield possession. The team looked coherent, playing as one unit rather than 11 individuals.

Then, in a moment, everything changed. Fairfield was the better team for a full minute in the second half, but that’s all it needed to capitalize.

After Quinnipiac lost possession at midfield, Fairfield senior midfielder Julia McGuire carried the ball up the field without any pressure. When she was finally challenged for the ball, she sent a pass to junior midfielder Gabby Diodati.

Diodati received the ball with two defenders on her back and immediately spun to her left on her first touch. After both defenders stepped to the ball, Diodati only had freshman goalkeeper Meaghan Phillips left to beat. She sent the ball to the top-right of the net, effectively ending the 77-minute scoring drought.

Quinnipiac pushed back until the final whistle, but the deficit was too much to overcome. The Bobcats returned home on the losing end of a 1-0 match with no more soccer left to play.

“I said it was going to be a one-nil game beforehand,” Clarke said. “I was hoping it would be us, but it was always gonna come down to whoever scored the first goal. In these conditions, on this surface in the rain, (my prediction) was gonna prevail as it proved, unfortunately.”

“Overall when you look at that class, and obviously Kylie’s been here five years, but they’ve been to a final, two semifinal losses and a quarterfinal,” Clarke said. “So overall, in four years, that’s tremendous.”

Despite the lost tonight, there’s still plenty of hope for the future.