Kanye West’s new album is nowhere near the greatest 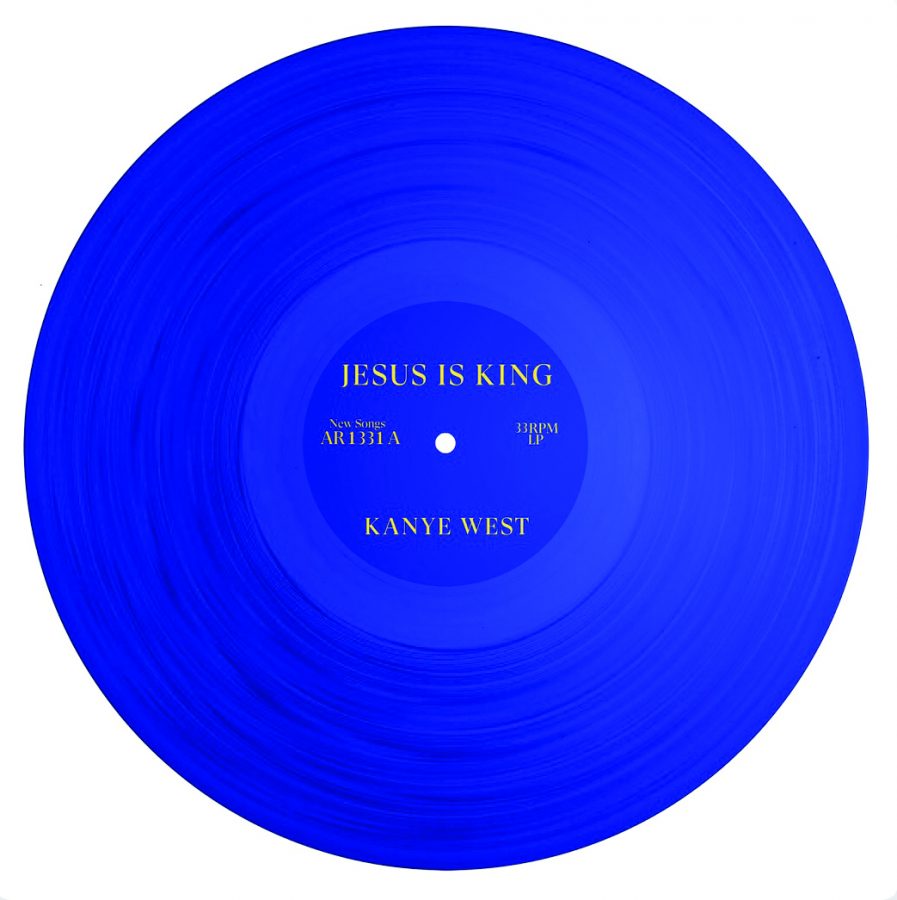 A combination of controversy, talent, Christianity and an assortment of narcissism can make for an interesting case study and album. These are just some of the qualities that personify who Kanye West is through his new album, “Jesus is King,” which was released Oct. 25.

When we last saw the self-proclaimed “greatest human artist of all time,” he was releasing “Ye,” his unfocused and uneventful eighth studio album. It was among a collection of works that West was producing in what has been dubbed “the Wyoming sessions.” This time around, not much has changed beyond finding a new appreciation and respect for Christianity.

In the past few years, West has been criticized more for his opinions than for his music. His defense to the resulting attempted crucifixions is that he is just being a “free thinker,” as he calls it. This is considered to be a person who shares their thoughts without the fear of being attacked. According to West, he is just presenting new ideas. This has led to West completing one of his most criticized acts, showing his support for another controversial figure who has been praised for his apparent “free thinking,” President Donald Trump. Both figures use the concept of free thinking to occupy a space of egotism that forges together an identity of being “the greatest.”

The themes and suggestions placed on this new album of God and discovering religion are interesting and worthy topics, however, West does nothing with them. Nothing new is presented or looked at in a different light. The album is consistently inconsistent, under-thought and one-note. For an artist that proclaims their power to be a “free thinker” and to have the ability to “present new ideas,” it is amazing how uninteresting this piece of work is.

Usually, West is able to come through all the trenches of being unpolished and messy with a product that is still interesting and complex. But here on this new album, West seems stuck in the writing stages. It is full of tracks that feel like unfinished thoughts seeming like he had an idea that he wanted to talk about but before he could let it finish cooking, he served it mushy.

In “Closed on Sunday,” West talks about Christian tradition of the holy day of rest. It is an intriguing concept for the artist and a seemingly important one in regard to the themes of the album. However, West chooses pedestrian and underwhelming lyrics to represent it like “Closed on Sunday, you my Chick-fil-A/ You’re my number one, with the lemonade.” While these lyrics are fun, they also give the feel that West is trying too hard to be quotable, funny and maybe get some Instagram captions rather than create something of integrity.

One of the few high points of the album is the track “Selah.” It includes a grand gospel choir that brings an operatic chaos to the proceedings, repeatedly singing the word “Hallelujah.” With each time it is spoken, the velocity and intensity increase, creating a moment of surreal tension. If anything, this song is the true soundtrack to West’s current predicament, an artist trying to find differences on a grand and public stage. He relents his talents, his words and his powers to the world dramatically and loudly. At times, the song sends shivers down the spine with its intensity.

Despite an overall depressing execution, West’s adoration and admiration for God on “Jesus is King,” is something we rarely see from the artist. Few time we have seen West publicly talk with such passion about a subject than on this album and on this scale about Christianity. If you were to make a list of all the times we saw him talk with a similar tone and a similar scale we would end with a very short list that includes himself, his family and what awards Beyoncé has and hasn’t won.

West is a very talented artist at times, after all, he didn’t get to the position of being one of the most prolific rappers of our time for no reason. However, even the best musicians release bad products every now and then. Sometimes we get too caught up in chasing our expectations and end up stumbling over ourselves. West’s “Jesus is King,” is not the end for him and his chase, it is just a stumble along the way.