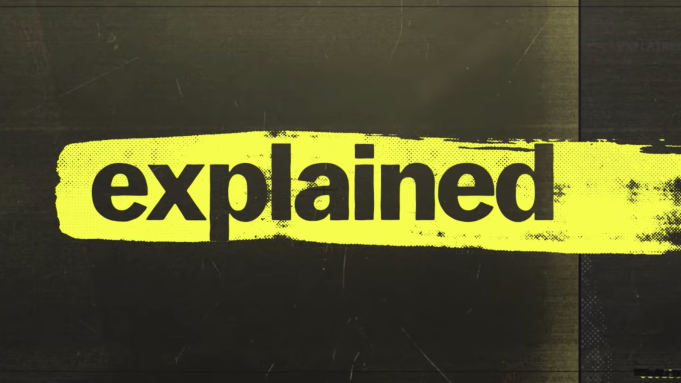 'Explained' is a series that is produced by Netflix and Vox.

Netflix knows it has to feed on audience’s primal instinct of curiosity. There’s a sense of aimless wandering when looking through the vast expanses of its offerings. Sometimes, it feels like YouTube, where users can quickly become lost in a sea of “Up Next.”

Indeed, it appears quite the following stumbled upon “Explained,” the platform’s show done in partnership with Vox. Netflix took notice, granting a second season with weekly episodes. Through five, 22-minute episodes, the series has so far picked up where season one left off. It’s quite easy to roam the show seemingly at random, with topics ranging from cults, billionaires and animal intelligence. Audiences get asked the ultimate question — what do you want to learn about today?

It feels like “Explained” is a show that doesn’t fit a particular category, and that’s OK. In a lot of ways, it’s pretty refreshing. There’s no host, no singular focus or overall theme. It changes from episode to episode, going deep into subjects that have somehow taken a backseat to the news cycle. Certainly, an unmentioned goal is to raise awareness for a number of social issues, such as mankind’s water crisis, as well as the gender and racial pay gaps.

The series is a reminder that complex topics don’t have to be hard to understand. Its episodes serve varying purposes, but the show succeeds in detailing how these topics are represented in the modern news landscape. Thanks to Vox, the animation and color changes help viewers digest and interpret the statistics and information they absorb. Perhaps most importantly, it aids in understanding the scale of certain issues or facts represented.

The show’s length is a major factor in its success is. The information is constantly fresh, presented succinctly and easy to follow. Viewers can binge it and walk away with genuine takeaways, or different perspectives. What viewers cannot expect, though, is to walk away with a thorough understanding of a topic. “Explained” merely offers a well-rounded but brief introduction to the featured subjects. It pushes the viewer to do more beyond viewing, suggesting additional research is needed. More than anything, it gives insight on the modern incarnation of a topic, and where it may be headed in the future.

If you’re a fan of Vox, you pick up on the similarities between the docu-series and its websites trademark “explainer” videos. There’s a lot of value in presenting the topics in a clean-cut fashion, as ordinary documentaries risk blurring the episodes’ real purposes.

While the show covers topics that have long garnered media attention and legitimate research, it highlights modern trends and lifestyles. Episodes like, “Athleisure” and “Billionaires” zero in on the trajectory of both topics, while offering a brief history of how both came to be. The show is a vessel for questions to abound, such as how coding and computing science can be used to better our world.

That in itself may be why “Explained” is a worthy watch in the toy bin of Netflix offerings. If television’s ultimate goal is to leave the viewer feeling like they learned something, then it feels like the Netflix-Vox partnership did just that. The series is informational and reflective mood offers audiences a chance to understand what a topic can become, as well as why it matters now.

Explainer series aren’t a new concept, but “Explained’” stands out as its own entity. Even though it only gives bite-sized nuggets of information on large issues, its focus and feel remain the same. If anything, it has the capability to ignite viewers’ interest in an area where they may not have had prior knowledge. If television is meant to influence how we think about the world around us, then “Explained” serves as a valuable messenger in human curiosity.