Never has ‘the Boss’ appeared so vulnerable, reflective and appreciative 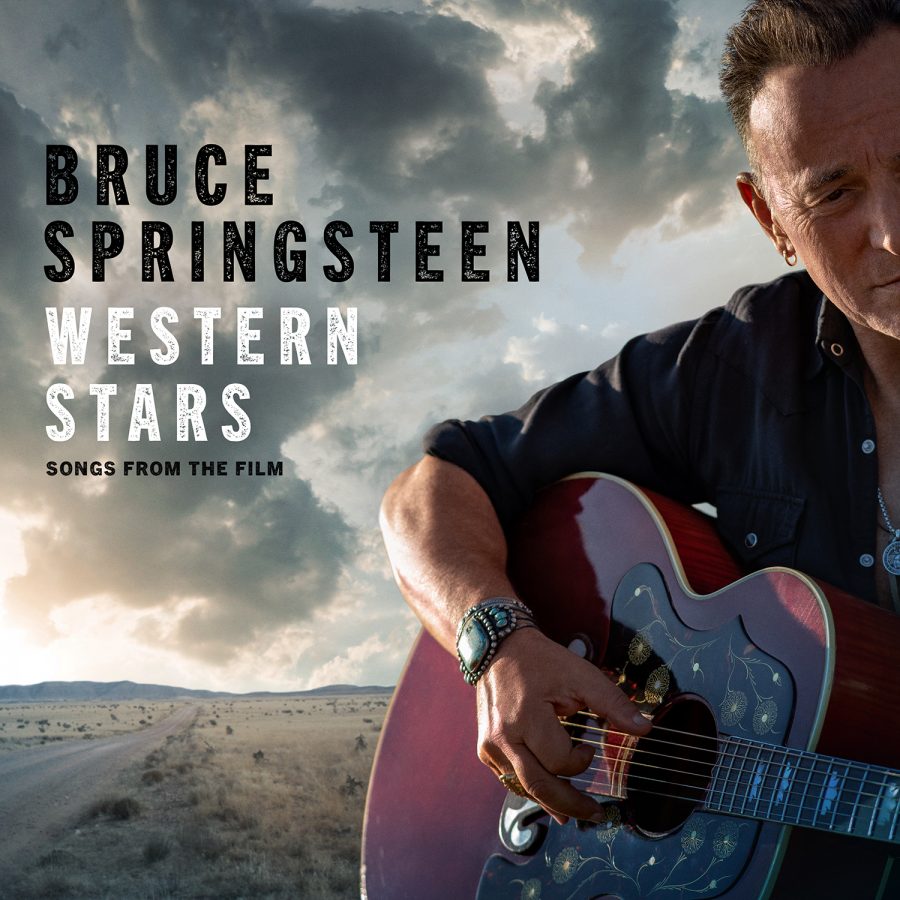 In recent years, Bruce Springsteen has embraced his desire to extend his career and creativity into totally new endeavors. First, it was his well-received autobiography, “Born to Run,” followed by his playwright debut for “Springsteen on Broadway.” That desire to the unknown has taken its latest shape in the form of “Western Stars,” his new album and feature film. By his own admission, Springsteen acknowledges he might not be quite cut out for filmmaking, but he’s sure as hell going to try.

Why shouldn’t he? He’s “the Boss” after all, but make no mistake — this is a different side of Springsteen, who recently turned 70.

The film is serious and the mood is reflective. The 93-minute production is straightforward in its structure, a live performance of the entire “Western Stars” album, split up with commentary from Springsteen about how the songs came to be. While this method can often feel repetitive early on and dim the quality of each song, the gaps between numbers feels honest. Springsteen makes one thing clear in his explanation of each, that “Western Stars” isn’t just an album, it’s the result of a life filled with hurt, fear and getting older.

Fitting the western theme, the show is set in Springsteen’s barn. Its got the complete setup, including a full orchestra, professional lighting and a private audience at his feet. Some may call it overdone, while others may believe it’s vintage Bruce, the entertainer at heart.

The film’s mood is brilliantly captured, thanks to the partnership of Springsteen and Thom Zimny, who have worked with each other since the early 2000s. Emotional shots of a somber-looking Springsteen emphasize the tones of reflection, peace of mind and redemption. The concert footage itself, while crisp and alive, can often become redundant. The audience may be small, but their reactions and energy are hardly seen.

Though the songs risk becoming individually blurred throughout the film, it’s undeniably clear that Springsteen still has it. The performances of key tracks such as “There Goes My Miracle” and “The Wayfarer” are inspired and indeed captivating moments. His new material feels like a goodbye to the past and a warm hello to a future at peace. In his first live performance of a late-career statement album, Springsteen and his ensemble certainly hit the mark.

It’s refreshing to see him in one of his most vulnerable and understanding periods of his life. Audiences expect to see Bruce, the showman, but they won’t find that here. Instead, it’s Bruce the wiseman. It’s Bruce broken down, but he’s stronger than ever. Much like the barn, the music and the wandering shots of the new cowboy look, are simpler. Springsteen doesn’t mask that feeling, he’s loving the simple life.

As much as the 70-year-old seems to be thinking of the dark times in his past, he’s having just as much fun. By self-admission, he had no idea how the film would turn out. He just went for it. There may not be a “Western Stars” tour, but for Springsteen, that’s OK. Going by his own pace is the new normal.

He admits he’s lost people he knew for so long, just as he reveals the many times he’s attempted to escape pain and ended up with more. It’s remarkable to see the transformation of a man who has filled stadiums for decades into a weathered, humbled statesman of rock.

Audiences shouldn’t watch “Western Stars” with the intention of seeing how the album was produced, recorded or made. The film is a reflection of Springsteen’s trials and tribulations, and why this album might be one of his most personal. The album shines bright, and it’s brought to life from this lovely addition to Springsteen’s massive catalog.

The Boss searches for togetherness, love and family. The very idea of the American life is explored. Springsteen may be exploring a new sound, but he’s exploring the very depths of his emotional capabilities through his musical gateways. To the boss, music heals all. By the end of it, we believe it too.