Video game unethically rewrites history in favor of the U.S. 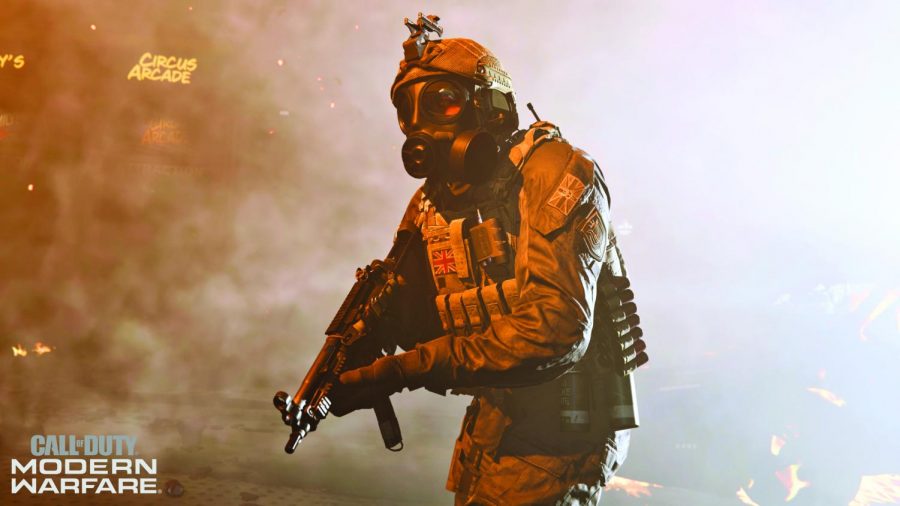 It seems that every new installment in the “Call of Duty” franchise brings along some kind of controversy — from the “No Russian” mission in which the player can participate in a mass shooting in a Moscow airport in “Modern Warfare 2,” to tweeting fake terrorist attacks to promote “Black Ops III.”

This time, Infinity Ward, the creator of the “Modern Warfare” series, is accused of altering the history of a horrible killing during the Gulf War in its latest video game, “Modern Warfare,” released on Oct. 25.

In 1990, the United States planned to invade the oil-rich country of Kuwait in an attempt to drive out Iraqi soldiers led by dictator Saddam Hussein. Kuwaiti forces had failed to hold back Hussein and his military, so the United States launched Operation Desert Storm and officially drove back the invaders. This would mark the beginning of the Gulf War.

On the night of Feb. 26, 1991, a six-mile-long convoy of Iraqi soldiers began retreating from Kuwait, in compliance with UN Resolution 660. It should have been just a simple victory for the United States. They got exactly what they wanted: Iraq troops out of Kuwait. But that wasn’t enough, it seems, because as Iraqi troops began driving back to Iraq, U.S. fighter jets bombed the six-lane highway. The bombing trapped all the vehicles inside and created a massive traffic jam.

After nearly 2,000 vehicles were stopped, air forces began firing. One U.S. pilot described the event as “shooting fish in a barrel” as the people were slaughtered with nowhere to escape. After the bombings, ground troops were sent in to clean up any loose ends, and any vehicles that managed to escape were hunted down.

It is a war crime under the Geneva Convention to attack retreating troops.

Pictures of the charred remains of the murdered were taken, but many newspapers and magazines refused to publish them. The massacre went unreported for years and was virtually unknown to the public.

Worst of all, many believe that some of the dead were Palestinian and Iraqi civilians. Burnt children’s toys and household goods were found in the wreckage, and among the vehicles, hundreds of non-military cars and buses were destroyed.

“It was obvious that the convoy included not only limited lorries, but civilian vehicles: battered Toyota vans, Volkswagens, motorbikes,” Australian journalist John Pilger wrote in his article for TruthDig. “Their occupants were foreign workers who had been trapped in Kuwait: Palestinians, Bangladeshis, Sudanese, Egyptians and others.”

Joyce Chediac wrote in a report to the Commission of Inquiry for the International War Crimes Tribunal, “What all of this amounts to is not a war but a massacre.”

This same atrocity is mentioned in “Call of Duty: Modern Warfare,” but with a completely different angle.

In the game, you play as a CIA officer, Alex, helping rebel forces fight back against Russian occupation in the fictional country of Urzikstan. The rebel leader, Farah, describes to the officer her plan to drive back the Russian invaders in the game’s mission, “Highway of Death.”

“If (the Russians) try to escape to the mountains, there is only one road,” Farah said. “Tariq Almawt’, the Highway of Death. The Russians bombed it during the invasion, killing the people trying to escape.”

The game completely changes the story and blames Russia for the United States’ own atrocity. Why would Infinity Ward lie about the events that took place?

There is no chance that it was accidental. The game mentions “Highway of Death,” the map is identical to the real life area and description lines up perfectly. Only the blame has changed. The developers knew that the U.S. bombed those people, and they purposely chose to cover it up.

This intentional revision of the war crimes committed by the U.S. is unethical for a video game that prides itself on being realistic, and its blatant lies can be very harmful to a younger audience that plays these types of games.

“Modern Warfare” has sold $600 million in copies of the game in just the first three days — that’s the largest launch in “Call of Duty” history. With the average player base of these games being younger men who weren’t born before 1991, the mission might fly over their heads, and they will just continue to assume that the Americans are always the good guys and that the Russians are always the bad guys. This whitewashing of America’s crimes is not new, though.

Colin Powell, secretary of state under the Bush administration, led the coverup of the My Lai Massacre in Vietnam when he was in the military. U.S. troops murdered up to 500 unarmed Viatnamese civilians, where rifleman Michael Bernhardt witnessed troops kill elderly people, children and many other harmless innocents.

“I saw them shoot an M79 grenade launcher into a group of people who were still alive,” Benhardt said. “But it was mostly done with a machine gun. They were shooting women and children just like anybody else.”

It is considered “the most shocking episode of the Vietnam War.” Only Lieutenant William Calley Jr., the man who gave the order to kill, was convicted and was only forced to serve three and a half years under house arrest. It took a whole 20 months for the massacre to be known to the public, and it has already been forgotten about by many people in the U.S.

We cannot afford to be misinformed on the crimes our country has committed. Too many people still view America as having the role of the “peacekeeper” and the “savior” to needy countries, but, in fact, we are no better than the dictatorial regimes in the Middle East.

“What sort of society would America be if its soldiers were free to rape, pillage and plunder in current and future wars,” Major Dan Sjursen, an anti-war columnist, wrote. “A venal empire, that’s what — which this country resembles more and more.”

Don’t be fooled by blind patriotism. America is not, and has never been, “the land of the free.” Our country has always committed these atrocities, it just rarely tells us when it’s happening. But for the few times where we do know what happened and who is responsible, don’t forget about it.

Infinity Ward and the “Call of Duty” franchise is trying to make us forget. We will never forget the countless beheadings and executions by ISIS and other terrorist organizations, so why should we conveniently forget when our own troops murder innocent Vietnamese in My Lai in the same exact way?

“Call of Duty” promotes the exact sort of blind patriotism that the government wants us to believe. USA equals good guys, Russia equals bad guys. But foreign politics is never that black and white, and a video game series that wants to portray itself as being realistic should know this.