Is environmentalism a classist issue?

Being green is centered around white, middle-class activists 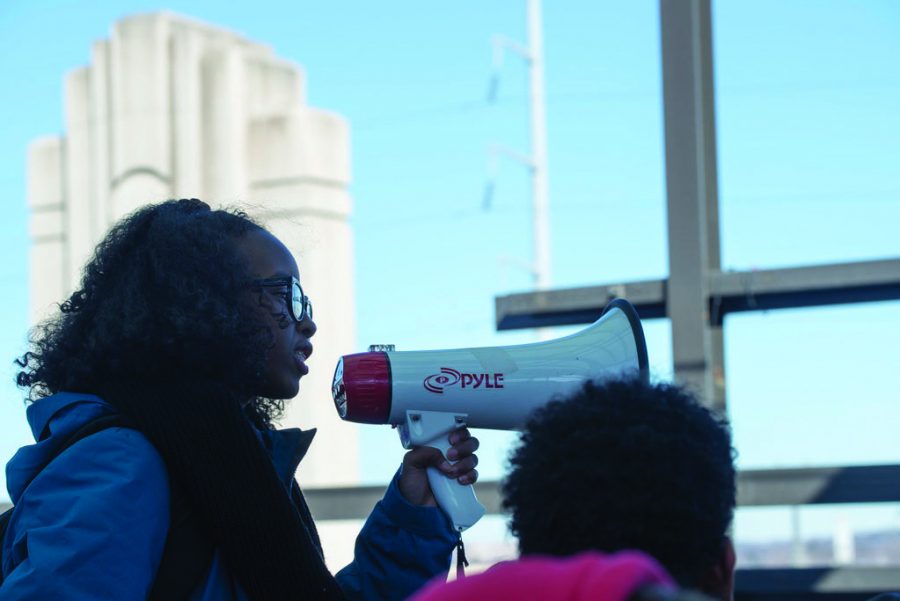 Isra Hirsi, 16, is a climate activist and the co-founder of the U.S. Youth Climate Strike.

In October of 2019, Brazil reported that more than 100 tons of oil had been spilled since the beginning of September. In February of 2019, National Geographic reported that there are 5.25 trillion pieces of plastic in the ocean. In August and September 2019, Brazil’s Amazon and Indonesia forests faced the worst forest fires in their history.

These are just some examples of the many atrocities that are being committed against the environment in the 21st century.

A result of these massive fires has been an environmental movement gaining incredible momentum. But these movements have left a crucial group behind: the working class. Environmentalism has become about the rich and the middle class, the white and privileged.

Even though lower-income groups and developing countries are the most affected by the decay of the environment, their participation in the green movement isn’t valued or even encouraged.

When we talk about environmental activists, we think of people like Greta Thunberg, the 16-year-old Swedish environmental activist who has garnered internet fame. We don’t think of activists like Isra Hirsi, who has been fighting for Flint, Michigan, to get access to clean water. We don’t think of 14-year-old Autumn Peltier, an indigenous Canadian activist who is fighting for water conservation and the preservation of indigenous rights. We don’t hear about the Native Americans who have been fighting big corporations for the preservation of their lands in Alaska.

This isn’t the fault of Thunberg, but the fault of the media representation. The green movement is associated with activists who are white and middle-class, ignoring the huge strides that have been made by lower-income groups or people of color.

Misrepresentation remains to be one of the biggest reasons why these groups tend to be left behind. But that isn’t the only culprit. The environmental movement has been diminished and misconstrued by the masses to mean reusable straws and reusable cups. It’s been molded to center the environmental concerns of the middle class, and the more noticeable one just happens to be single-use plastic and sustainable living. But sustainable living is a luxury that’s accessible only to a few.

Lower-income groups don’t have the time to stop and think about how they’re living because they’re too busy trying to live.

They’re living paycheck to paycheck, which makes it impossible to sit and think about their effects on the environment. On top of that, sustainable living has a price that’s not working-class-friendly. We have an obligation to consider the deep irony in the unaffordability of sustainability for the working class, when they’re the most affected by it.

When talks of sustainability come up, the solutions are usually out of reach for the working class. The solutions usually mean investing in environmentally friendly forms of getting necessities. One good example of this is the issue of sustainable clothing. The fact is that “fast fashion,” which is cheap and trendy clothing sold by stores such as Forever 21, H&M and Topshop, is one of the biggest industries that plague the environment.

In order to sell clothes that are inexpensive, accessible and trendy, fast fashion companies source cheaper garments, cheaper labor and cheaper production facilities. It’s basic economics: decreasing the cost of production keeps the prices of the products low, which increases profits for the company. It’s a system that’s taking advantage of lower-income groups being unable to afford other sources of clothing.

This is when the sustainability question comes in. While it’s a system that benefits the working class and the companies’ capitalistic greed, it is highly unethical and extremely harmful for the environment. As a solution, consumers are encouraged by activists and sustainable lifestyle influencers online to get clothes from a sustainable fashion brand or shop at thrift stores. But sustainable fashion brands are usually expensive and high-end.

Being an ethical and sustainable company, your costs of production are going to increase. Which means you need to increase the price of your product to make up for it. Lower-income individuals can’t afford to buy clothes from sustainable brands. This leaves thrift stores as the only realistic solution. But that means lower-income individuals won’t be the only ones shopping there anymore.

Sustainable middle-class millennials and teens have started shopping at thrift stores. This puts them in competition with the demographic that thrift stores were originally meant for. Lower-income groups then have less options to choose from as they shop; they now have to fight the hipsters and “e-boys” to get the bare necessities.

While this obviously isn’t the biggest issue lower-income groups are faced with, it’s a simple illustration of the neglect they deal with.

As an article from DAME Magazine, titled “The Environmental Movement Has a Classism Problem,” pointed out, “Low-income neighborhoods and neighborhoods with large communities of African Americans and Latinos were more likely to experience these increased emissions from nearby facilities — posing a risk for ‘severe and long-lasting’ health consequences ranging from asthma to cancer.” Factories are usually set up in the neighborhoods of lower-income groups, and these groups don’t have the political footing to fight these decisions.

According to the U.S. National Library of Medicine National Institutes of Health, children located in Bronx, New York were 86% more likely to be affected by the aeroallergens in their neighborhoods than children from other areas. This puts them at high-risk for conditions like asthma.

The middle class argue on the side of a green future in regards of the future generation. But the fact that young people are already seeing the consequences of environmental harm right now is a factor that’s rarely discussed or pointed out.

Looking at it from an even bigger scale, developing countries are also left behind in this trek towards a greener future. In July 2018, the U.S. Court of International Trade banned the import of Mexican fish and shrimp that were caught by gillnets from Mexico’s Sea of Cortez. This is a possible way to protect the Vaquita Marina which holds endangered porpoise. While the protection of endangered species is imperative, authorities should consider the effect that bans have on lower-income fishermen.

Legal fishermen are the ones being harmed by this ban, while the real issue goes unaddressed: illegal fishermen poaching porpoises. And when bans like these are being debated, it should be considered that gillnets just might be the most affordable means of production for the fishermen. So, an environmentally friendly but just as-affordable solution for the fishermen should come hand in hand with laws like these. It’s a bitter irony that developed countries are telling poor countries to become environmentally friendly in their growth, when they already had their time to grow while destroying the environment.

Another example of this is the fact that rich countries send their trash in crates to developing countries. In June 2019, The Guardian exposed the way that developed countries actually get rid of and process their trash. They don’t.

They reported that last year, “an equivalent of 68,000 shipping containers of American plastic recycling were exported from the U.S. to developing countries that mismanage 70% of their own plastic waste.” Developed countries pack their trash away and send it off to poor countries to sort through the trash for them. They do this because of the cheap labor they get from poor countries, like Bangladesh and Ethiopia. Not only does this harm the environment of developing countries, it puts the health of the cheap laborers at-risk.

They’re exposed to harmful trash in order to make a living. This is a perfect illustration of eco-imperialism.

Developed countries are taking advantage of the absence of other income sources for women from poor countries — they’re exploiting them. The fact that women of color are being put at risk is “justified” because it’s seen as a necessary cost.

Even though the working class, people of color specifically, is the group that’s affected the most and directly by the environmental crisis, the journey toward a greener future neglects them. The movement is far too focused around the white middle class to tend to the ones that are being harmed right now. The lives of lower-income groups are left out of the discussion. The focus is drawn away from the concerns of Indigenous activists across the U.S. and to the concerns of activists like Greta Thunberg.

If the movement actually wants to change current conditions, it needs to be holistic in its approach. The inclusion of lower-income groups and developing countries is crucial in the fight for a greener future.