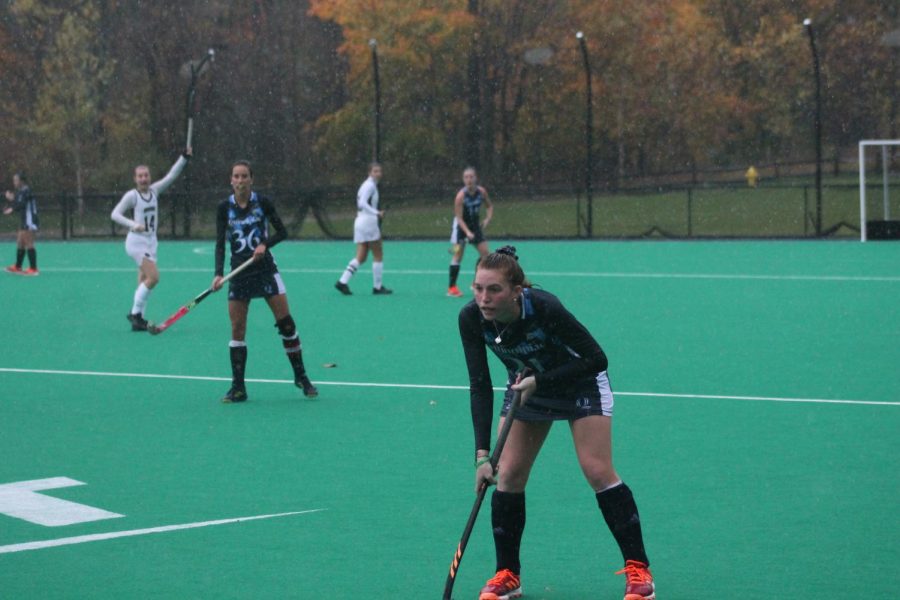 However, since Sept. 27, following a 2-1 over Georgetown, Main has been waiting for her 200th win.

“We were in a conference that I think we were above a little bit,” Main said. “And I think having these last 100 wins come in four years in the Big East, which was really a learning experience and a growth experience.”

Main was all smiles after the game, even inside the cramped officials’ locker room because of the rain-soaked conditions outside. The Bobcats beating Brown University 5-2 probably did a lot to help her mood as well.

Saying sports are simply about wins and loses would be short sighted and Main know that. Numbers in a column is surface level. The true spirit of sport is much deeper.

“For me there’s a lot in the losses also,” Main said. “Especially this year I’ve learned the difficulties of losing and how you keep your team going and that this team is pretty freaking amazing. They’re in a difficult situation being 4-13. That’s tough, but they show up every day.”

Even with the playoffs out of reach, Main still raved about how her team did, and what they could do going forward.

Quinnipiac’s offense clicked early. It scored a goal in the first three minutes of the game and then scoring a second time, six minutes later. The Bobcats’ next and final game is against conference opponent Temple. Main knows no matter the postseason situation, her team will come out and do its best because the players have something to prove.

“I’ve had four seasons like this in 25, and the team just makes it pretty amazing,” Main said. “You have to have the right kind of minds. We’ve grown stronger mentally and mentally tougher and we’re preparing obviously for the future.”