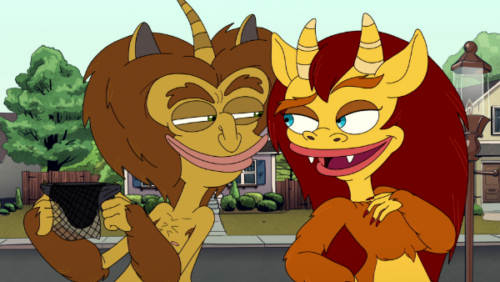 “Big Mouth” is a great show, depending on who you ask. Some think its unabashed approach to explaining teenage years is indeed unconventional, yet tastefully done. Others may view it overdone or too profane, even a little much for Netflix standards.

But that’s why Nick Kroll and Andrew Goldberg’s show has been a critical success — it doesn’t adhere to a set of rules. It’s always been its own, offering a familiar feel in animated comedies, but in a refreshing, sometimes volatile manner. Season three continues the things fans fell in love with from seasons one and two, from a diverse range of characters and the clever stories based on teenage problems, from large to small. 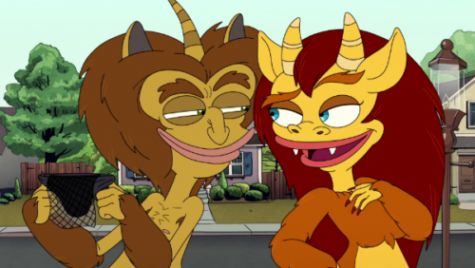 What season three excels is with character development. We meet an entirely new side of the shows regulars, such as Missy’s confident and often brash attitude, or Jay’s admission of bisexuality. Character individuality and their representations have long made the shows character’s easily admirable. They represent the people, situations and growing pains many of us encountered in adolescence. In a larger sense, many of the shows bigger takeaways hold up into and beyond early adulthood.

There’s a reason the shows one-liners are often on point, and it’s partially thanks to the hormone monsters for proper delivery. As in seasons one and two, both Maurice and Connie reside in the limelight. Such is the case in episode five, “Florida,” when Nick and Andrew venture to Florida for a spring break vacation. Upon arrival, Nick is disappointed to find out the “vacation” is really a few days at Andrew’s grandfather’s retirement home. Always quick to brighten moods, Maurice and Connie appear in exactly what you’d imagine a recently Florida retiree wearing the unbuttoned button-down, golden chain, slicked hair and tinted sunglasses. It’s the small moments that usually do the trick in Big Mouth, and the hormone duo excels in that area.

While the hormone duo flashes its brilliance, new characters also a chance to shine. Matthew, the single gay student at Nick and Andrew’s middle school, is a shining example. Mostly a secondary character in the first two seasons, he gains a ton of screen time this time around. His increased role focuses on him landing a crush of his, which he succeeds in doing. Matthew is one of the few characters in the show that audiences can consistently side with. He is sweet, clever and plenty funny. Every character is, but most with glaring personal weaknesses.

Love or hate her, Missy shines in season three. She certainly has her standout moments and gains a new sense of confidence in just a matter of episodes. Her sequences as spaceship captain when controlling her emotions are creative and make a simple scene something brand new. There’s something to admire about Missy, and we’ve all known one at some point in our lives. We may not think we act as awkward as her, but we sure have surely related to her on a number of feelings.

Nick and Andrew remain the show’s best pairing, and there’s something to be said about Andrew’s reactions. You feel bad for his self-induced panic attacks, though it’s hard not to laugh at the situations he nearly always gets himself into.

Most notably of season three is the show’s increased ability to stay with the times in a fresh way. There are constant references to now-everyday terms, like Venmo, Snapchat and smart phone addiction. It also succeeds in showing various causes of modern teenage stress, like phone addiction and overreaction to ordinary problems. Nick soon becomes obsessed with his phone, effectively offering a reality check to the viewer on their own relationship with technology.

Perhaps that’s why the newest season feels like one of the best yet. There’s a lot to unpack in the episodes, but the messages are usually easy to see. We’re reminded, once again, that growing up can suck sometimes. But, it doesn’t have to as much if you’re around a few people who care. It also offers the painful reminder that growing up means growing apart from people and the past.

For a coming-of-age show with a more nudity than ever (yes there’s a lot more), it seems hard to believe that these values can come across so simply. “Big Mouth” portrays the modern teen, but it holds us closely to the past versions of ourselves.