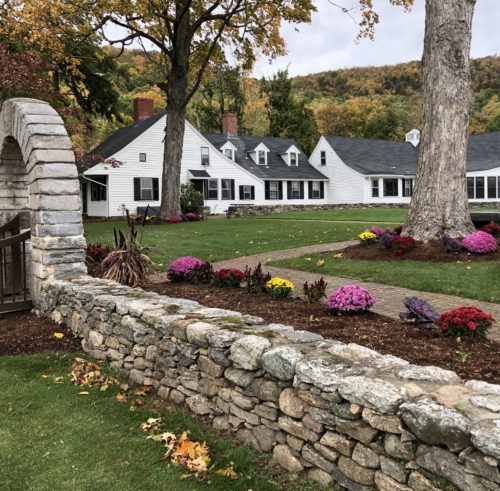 The Development and Alumni Affairs Department at Quinnipiac University is raising money for an unrestricted Quinnipiac Fund that will be used to carry out the university-wide strategic plan, according to Director of Annual Giving Andrew Bernstein.

Bernstein said in recent years, money raised by the university has gone toward the endowment.

“We haven’t had a traditional annual fund here at Quinnipiac (for many years),” Bernstein said. 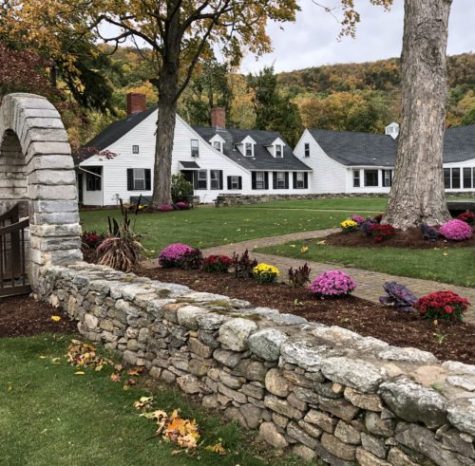 Bernstein said when he graduated from Quinnipiac in 1997, the university did raise money that could be used without restrictions for student-centered projects, and now he and other leadership are bringing it back.

“We’re going to go back to trying to raise money for student initiatives and I’m not sure of the exact date of when that ended,” Bernstein said.

This fall, the annual giving department will be collecting donations under $10,000 for the fund. Last year, annual giving raised $1.67 million. Bernstein said the goal this year has not been finalized but is tentatively higher than last year’s earnings.

Bernstein is only responsible for these smaller donations, but the major giving department will also be collecting donations above $50,000 that can go toward the fund.

The spring’s fundraising will be focused on raising money for specific projects proposed by the deans of the schools and colleges across campus.

“Each dean will come up with a list of priorities that we can identify and go out to parents, alumni and friends and ask them to support the individual schools with gifts in the spring semester,” Bernstein said.

New Vice President for Alumni Affairs Todd Sloan said he will bring a donor-centered fundraising philosophy to Quinnipiac to raise money to help carry out the university-wide strategic plan.

He said throughout his 30-year career, most recently at American University, he always operated with a focus on learning about a donor’s passion, and then finding an aspect of the university that matches that passion.

“You start to dream with them and they can start to see the impact they can make,” Sloan said. “That’s being donor-centered.”

“I want everyone when they come in as an undergraduate, they are so inspired by what it means to be an alum of Quinnipiac, that as you are moving to that commencement day, part of the excitement about commencement is ‘Now I get to join this great alumni body,’” Sloan said.

Like Bernstein, Sloan emphasized that fundraising this year has taken on a whole new life when compared to years past.

“Alums were engaged (previously), but because of the way the university funded itself, there wasn’t as much emphasis — the diversity of options for philanthropy was not as robust,” Sloan said.

Sloan called the current Development and Alumni Affairs department at Quinnipiac a “university enterprise,” as opposed to a marketing tool.

“What was going on was not a full-fledged, vibrant fundraising tool which is what we are doing now, which I take no credit for. I’ve been here three weeks,” Sloan said.

Sloan said that in years past, the business model of the university was not based on leading alumni to philanthropy, but they still indicated in surveys that they had a strong connection with their alma mater.

Sloan replaced Donald Weinbach, who had been with the university for two decades prior to his retirement last year. Shortly before his retirement, Weinbach told The Chronicle that his successor was entering the job at a very exciting time.

Weinbach spoke about the importance of bringing in new blood. Sloan said during the transition, Weinbach told him to move to a different office. The old office was in the much older portion of the alumni affairs office and it often was too cold or too hot.

In a new office, and with a fresh perspective, Sloan is moving forward on the foundation that Weinbach and others built. He said he already feels at home.

“I have felt more welcomed here since accepting the position than anywhere I’ve ever been, and that includes my alma mater, Penn State,” Sloan said.

Sloan said Quinnipiac can use the strategic plan to motivate alumni to give back.

Budget cuts due to lower enrollment in the 2019-20 school year have led to almost all university departments to freeze spending – except for the Office of Undergraduate Admissions and the Office of Development and Alumni Affairs.

“This university of the future plan is really, really exciting to many and we want to achieve it,” President Judy Olian said in a September interview with The Chronicle. “We want to realize that we want to execute on it and we also need to raise money philanthropically for these purposes.”

The strategic plan includes a new health and wellness facility that Olian said will be partially funded through philanthropy. Bernstein said the Quinnipiac Fund could be used to pay for this project, as well as new sports facilities for club and intramural sports.

“What’s exciting about here and President Olian had said this to me in the interview process, this is a school that can turn on a dime,” Sloan said. “We can pivot, we are innovative, there is a sense of entrepreneurialism. We’re not weighed down by this bureaucracy other schools have.”

Sloan said he and other administrators can capitalize on the flexibility of the university to make drastic changes.

“A mentor of mine once said, put in your calendar, ‘Blow up the organization,’ meaning, rethink it,” Sloan said. “That’s part of what I’m doing right now.”

While Sloan said he has no plans of actually blowing up Quinnipiac, he said he and the senior management team are in the process of evaluating the things that Quinnipiac excels at and the areas that need improvement.

For people like John Arcangelo, director of parent and alumni relations, who have been with the university for a few years, Sloan’s willingness to take risks is promising.

“He’s definitely going to be a partner in all of our initiatives so we’re all very much looking forward to working with Todd and maximizing the opportunities we have with our alumni base, our alumni donors, corporations, foundations,” Arcangelo said. “The sky’s the limit for what we can really do here.”