The life and legacy of Elijah Cummings serve as a reminder that, ‘We are better than this’ 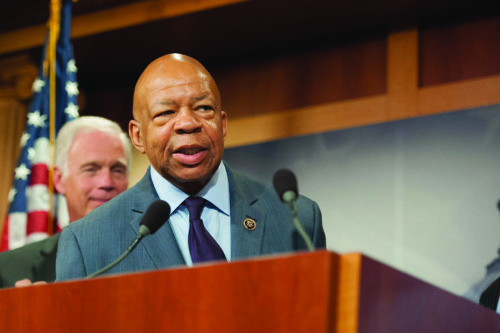 His death on Oct. 17, reminds us that we as Americans must carry on his vision of morality, honesty and compassion in government and in life.

Cummings represented Maryland’s 7th Congressional District since 1996 and was a relentless champion for the people of Baltimore. 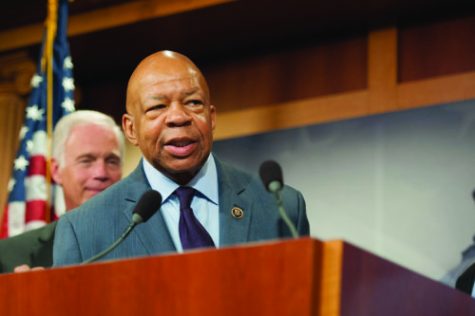 In Congress, he was chair of the Oversight Committee and was a leader in the impeachment inquiry into President Donald Trump.

Watching or reading political news in today’s day in age is exhausting. It is polarized, it is dramatic and sometimes it’s plain old scary. For me, Cummings’ voice over the airwaves was a voice of reason and a voice of relief.

His legislative goals focused on the people living at the margins of society, rather than the wealthiest business owners. He championed passing gun safety measures, ending mass incarceration and enacting criminal justice reform, rather than satisfying the NRA.

He was known for respecting the perspectives of those across the aisle, rather than throwing temper tantrums and calling names.

He believed in the integrity of the voting system and protecting voting rights, instead of inviting foreign interference into the elections.

He believed families belonged together, not apart.

He saw America for something that was already great. He was known to remind his co-workers in the house that, “As a country, we are so much better than this.”

He saw diversity as an asset to America, rather than a threat worth building a wall around.

When not in Washington D.C., he lived in inner-city Baltimore with his constituents, instead of returning to a posh golf resort.

He showed compassion for Michael Cohen and forgave him for his offenses. He embraced his willingness to stand up against corruption, unlike the man Cohen represented.

Cummings is the antithesis of Donald Trump and it is our job as Americans to carry on his legacy and pick up his work where he left off.

We must listen, truly listen to people when they are sharing their grievances.

We must love America — the rats, the crime, all of it — and think about ways to reduce the rats and revamp the criminal justice system, rather than pretending it isn’t part of our country.

We must respect other perspectives, and respond thoughtfully and carefully, with the dignity of the other person in mind.

We must stand up for voting rights and advocate for legislation to protect the integrity of our elections.

We must call family separation policies what they are — racist.

We must remember that patriotism is knowing and understanding that America was always great and that we are so much better than this moment of division and confusion that Trump has driven us into.

We must welcome diversity and build bridges, not walls.

We elect government officials that represent the common Americans — not the ones that can afford to play golf at Mar-o-Lago.

We must show compassion for everyone, regardless of their past.

If we want to remember and respect the legacy of this great American, we must remember to continue where Cummings left off.

So many columnists and journalists have cited Cummings’ famous phrase about “dancing with angels.” Cummings is dancing with the angels now for sure, but he’s also watching Washington. He’s looking at us like his father looked at him when he was sworn into the House of Representatives for the first time.

“When I see you being sworn in today, I now see what I could have been if I had had an opportunity.”