The rich need to be taxed more

Tax cuts should not benefit corporations or the wealthy 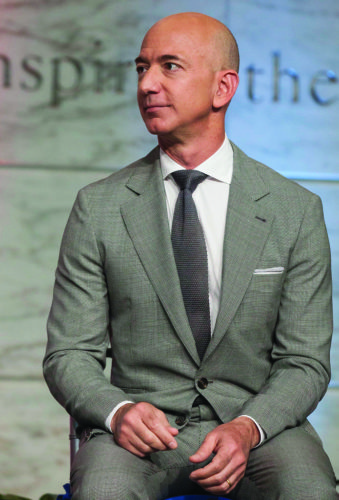 Imagine having enough money to end world hunger and still have millions left over for yourself. For Jeff Bezos, founder and CEO of Amazon, this is a reality, not an unimaginable concept.

As reported by Forbes, Bezos’ net worth is estimated to be $111.3 billion as of Oct. 16. Bezos founded Amazon in 1994 and since then, it has become the largest internet company by revenue in the world. Amazon is now considered one of the big four technology companies, along with Apple, Google and Facebook.

Amazon has provided jobs for over half a million people around the country and it has brought Bezos an insurmountable amount of wealth. A recent global ranking by Bloomberg Businessweek gave everyone in the world a “wealth number” ranging from -2, the world’s poorest, to 11, the world’s richest. Only two people were ranked at an 11: Bezos and Bill Gates. 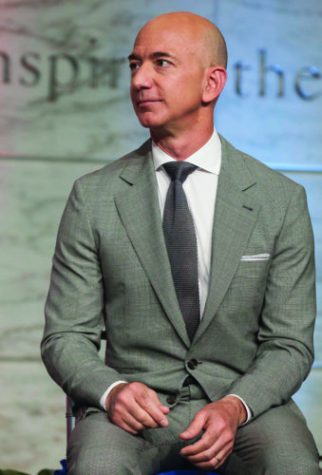 The problem of wealth inequality has existed for decades. In this country, presidents have a history of passing tax cuts that mostly benefit the wealthy as well as corporations. Back in December 2017, President Donald Trump signed the Tax Cuts and Jobs Act, which cut individual income tax rates, but also cut the corporate tax rate from 35% to 21%. The corporate tax cut is permanent, but the individual tax cut is set to expire at the end of 2025.

The unequal distribution of wealth and the disproportionate tax rates assigned to different tax brackets are two very important issues that citizens in this country, particularly ones in the middle and lower tax brackets, want to see addressed in a way that will benefit them more than it does the wealthy. In the Democratic debate that took place last Tuesday, Oct. 15, Sen. Elizabeth Warren from Massachusetts and Sen. Bernie Sanders from Vermont defended their proposals to heavily tax the assets of the wealthiest Americans.

Warren’s tax plan calls for imposing a 2% tax on wealth above $50 million and a 3% tax on wealth above $1 billion. Over the years, Warren intends for these tax rates on wealthier Americans to raise money that she would use to implement a universal child care program, tuition-free public colleges and universities and student debt elimination for most borrowers.

Sanders’ tax plan is a bit more expansive in that it would tax a higher amount on a larger group of wealthy Americans. His plan would help reduce the billionaire class in America, which he has said before should not exist. There would be a 1% tax on those with assets over $32 million, and the rate would increase gradually until reaching an 8% tax rate.

The tax proposals being presented by Democratic candidates are the latest attempts by the party to collect a substantial amount of revenue from the wealthiest Americans by changing the way they are taxed. Doing so could provide large sums of money to finance new social programs.

Democratic candidate Andrew Yang raised questions about the practicality of imposing a wealth tax and has introduced his own unique idea to work toward distribution of wealth amongst Americans.

Yang has introduced The Freedom Dividend, a form of universal basic income that guarantees a certain amount of money to every citizen within a governed population. Yang proposes a set of guaranteed payments of $1,000 a month to all U.S citizens over the age of 18. Current beneficiaries of welfare programs would be able to choose between welfare benefits or the $1,000 monthly payments.

While there are pros, cons and differences to the plans Democratic candidates have proposed in order to fix wealth and tax inequality amongst the different economic classes in the country, the fact remains that it is an issue that needs to be solved.

The rich need to be taxed more in order to be able to fund programs for those that are less fortunate. No one person should have so much wealth to themselves and not contribute to the society that helped them succeed. People like Bezos and Gates came up with ideas that consumers fed into and it’s their moral obligation to contribute back to society.

If Bezos has enough money to end world hunger and still have millions left over, it doesn’t make sense for him not to do so. Amazon is one of the most dominant internet companies and it doesn’t show signs of slowing down. There should not be people going hungry and sleeping in the outdoors while people like Bezos have more money than they could possibly need.

The younger generation and people most affected by tax cuts that benefit large corporations and the wealthy need to make their voices heard. Many of the candidates running are proposing plans that will tax the wealthy appropriately. Those who are able need to vote for a candidate that will fight for the rights of the working and middle class, not the wealthy.