From April to November 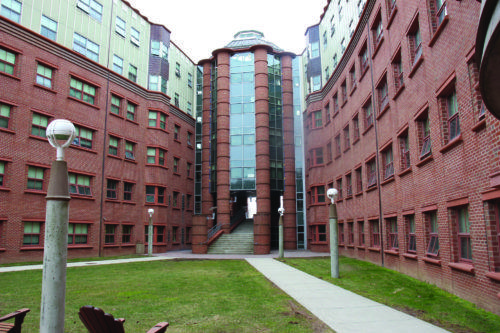 With the already constant pressures of maintaining strong academic standing, having a buzzing social life, handling club responsibilities, carving out time for valuable relaxation and dealing with more day-to-day concerns, deciding on where you live next year is a stress that may put anyone over the edge.

Especially if that comes five months sooner than expected. 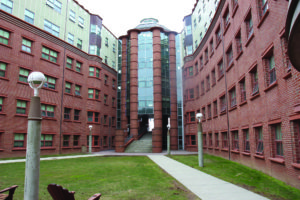 On Oct. 4, sophomores received an email from Associate Director of Residential Life Melissa Karipidis saying that housing selection for rising juniors will occur in November. Specifically, she said that selection numbers will be posted on MyHousing on Nov. 12, and that room selection would begin Nov. 18.

In comparison to last semester, selection numbers for the rising sophomores were posted on MyHousing on March 27, and room selection began on April 8. Last year, rising juniors’ housing selection started March 26. The difference in time between when selection numbers were given and when room selection happened is nothing short of massive. Yet, an email with such important news discreetly arrived in students’ inboxes on a Friday at 7:45 p.m.

Whether you are impacted by the date change or not, it is quite staggering that Quinnipiac would suddenly decide to move the time when sophomores choose where to live next year. A five-month move-up in the timeline for sophomores to choose where and who they will live with is, in layman terms, “crazy.”

As a sophomore, this change in the housing selection date is very impactful. Quite expectedly, I did not fully read, let alone absorb, the information described in Karipidis’ email Friday evening. However, once I did sit on the details described in the message, I came to the conclusion that I understand what Quinnipiac is trying to do, but I’m mostly not in favor of the change.

The idea behind moving the date earlier can be described as commendable on Quinnipiac’s part. In a previous article in The Chronicle, Director of Residential Life Mark DeVilbiss said, “I think a lot of students are interested in solidifying their housing options for next year and we wanted to be sure that they could do that with QU housing.”

Allowing students to choose where they want to live earlier than the last month of the spring semester may alleviate some of the stress people have around that time of the year. I could roll with that even though choosing where and who I dorm with in April wasn’t an issue last year as a freshman.

However, this date change from April to November feels like an over-correction to the concern that students should solidify their housing earlier.

Having juniors decide where they want to live three months into a seven-month school year is unreasonable. For example, those who want to live off-campus and decide not to put down a housing deposit or sign a contract by Nov. 12, may find themselves in a predicament if something goes awry between November and April of the following year. A roommate that originally planned to be in an off-campus house may not follow through for reasons that may vary from financial to personal. This could lessen the likelihood of everyone else remaining in the house.

This scenario can occur in November right before the housing deposit and contract are due or after April. The reason this hypothetical is meaningful is because the time frame for roommates to find a house, still want to live together and not agree to live on York Hill is much slimmer. Also, that may even pressure people to stay committed to something they may have agreed to five months too soon. A roommate may no longer want to stick with the plan and may fear backing out since they had agreed to not living on campus in November.

Something else that cannot be overlooked is the “who” aspect the people you want to live with. The personal relationships involved are at risk.

Conversations about who wants to live together among sophomores who live in a suite must happen earlier no matter what decision they decide. Similar to the aforementioned scenario, everyone may be all for living together again in November, but months after making the decision they may regret it later.

In the reverse, some people may make it clear or a possibility that they do not want to live with a roommate. The talk required to tell someone you do not want to live with them is not an easy one. But now that this happens so much earlier, the residual damage it will have on a friendship when you still see the person on a daily basis is agonizing to even think about. Straight-up telling someone that living with you is no longer something he or she may want to do is a tough reality that can happen five months earlier than it normally would have been.

A student could also quite simply not know yet if they know who they want to live with. Choosing so early could lead to a wrong move by the person who just needs more time.

To be fair, in the earlier article story relaying the news about the junior housing change, DeVilbiss said that students will be able to make changes to their rooms as soon as this fall if students change their minds about who they want to live with.”

Until exact details are given on how to change the dorm originally selected, I will remain skeptical about the process being quick, easy and free of charge. Housing is another level of stress that all residential college students experience, but this worsened the stress.

It’s nice that Quinnipiac wants students to have comfort in knowing what their future living situation will be early on. It is also in their best interest to know how much room and board money is retained from students who choose to live on York Hill Campus. From my perspective as a rising sophomore, selecting housing in November is way too soon.