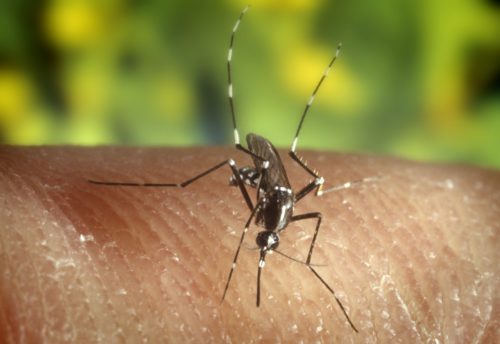 Quinnipiac University is taking precautions against a type of mosquito virus that causes more than an itch.

“It’s a virus that is spread through mosquitoes primarily in the eastern portion of the United States.” Christy Chase, director of Student Health Services, said. “There’s no vaccine for it, and there’s no treatment for it because it’s a virus.” 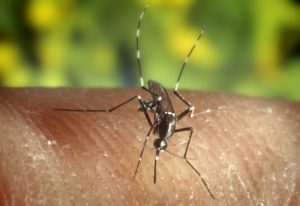 [/media-credit]The virus, Eastern Equine Encephalitis (EEE), affects the central nervous system. It can cause symptoms such as high fevers, joint pains and seizures. The mortality rate of people who contract the virus is 33%, due to the brain damage it can cause. Chase reassured the students at Quinnipiac, despite these facts.

“The majority of people who are infected will not become ill,” Chase said. “Also, I think it’s important to note that there have been no confirmed cases in humans in this area.”

According to the Center for Disease Control (CDC), there are three to 15 cases per year of EEE. These mosquitoes carry the disease after getting infected by feeding on birds that have EEE. This mosquito species typically feed on birds and horses, not humans. The chance of infection is small — just 5% if a person gets bit — but if it does occur, it is very serious.

“The things to look for are confusion, tremors, comatose-like symptoms,” Chase said. “And at that point, that’s the encephalitis — that’s the inflammation of the brain. If they can’t control it, it can become fatal.”

Risk factors for the disease include being over the age of 50, and under the age of 15, as well as living in swampy environments. The mosquito that carries the virus is typically found in the Great Lakes and in southern Florida. The prime time that this mosquito causes infection is from July to early October. Even though the prime season is almost over, a bird that had EEE was found in the town of Bethany, 15 minutes from Quinnipiac.

Once this was discovered, Quinnipiac health faculty took certain measures to keep the students safe.

“Last Friday, we worked with members from the emergency management team, and our medical director, and came up with the guidelines in the email that came through,” Chase said. “It recommended long sleeves, long pants, socks. Making sure screens are in order. We purchased quite a bit of bug repellent, and we have that available in the health center and I know facilities turned off the sprinkler systems because standing water can be a breeding ground for mosquitoes.”

The health center sent an email to all the students on campus on Friday, Sept. 27, to provide information about the EEE virus and how to prevent infection. They also stated that they are rescheduling athletic events that take place from dawn to dusk until further notice. This email came as a comfort to students on campus who were wary of the virus.

“I think university was great for sending out emails, and notifying students that the virus is present,” Kerri Sands, freshman biology major, said. “We can get the appropriate resources we need if we’re worried about it.”

Although the health center wants to educate the students here about EEE, they want to make clear that it is simply an extreme precaution they are taking. Chase said there are other health risks this time of year that students should be more concerned about.

“It’s definitely important to talk about EEE, but the flu is something that students should worry about more,” Chase said.