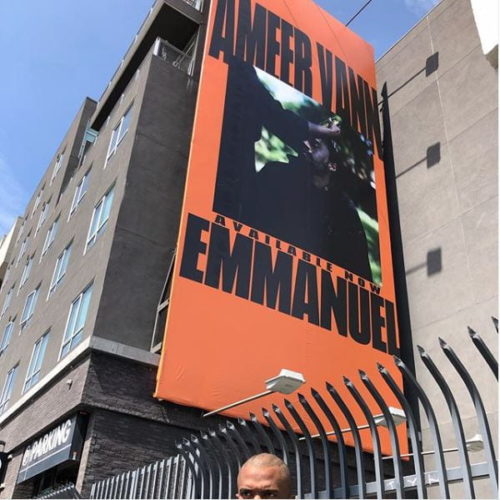 The timeline of Ameer Vann’s last year and a half has been chaotic, to say the least. A former member of hip-hop boyband BROCKHAMPTON, Vann was cast out of the group by his friends and bandmates following allegations in which two women accused him of physical and sexual assault. This included one woman claiming Vann restrained and choked her to the point of losing consciousness.

Since the release of BROCKHAMPTON’s “Saturation III,” the last album of the group that he was a part of, we’ve heard little from Vann outside of short tweets immediately following the incident, all of which have since been deleted. The surviving tweets on his Twitter account are promotions for his debut solo EP, “EMMANUEL.”

The central idea of “EMMANUEL,” in fact the only idea of this EP, revolves around the allegations against him and the consequences of them. The opening track, which is also the title track, consists of Vann reflecting on his past. However, he shows little remorse for his actions.

“It’s so hard to say I’m sorry, it’s so hard to self-reflect,” Vann says about his checkered history. With these words being the first line on the first track, Vann does not set the tone in a way that would resonate with most listeners. Failing to explain what it is that is holding him back, it leaves the audience wondering his true feelings on the subject.

Vann further fails to take accountability, quoting his family life as a reason for his actions. “I’m a product of my father, I’m an addict like my sister, I’m so sick I need a doctor,” Vann said on the title track. With these bars coming only 15 seconds after the previously mentioned line, it confirms the idea that Vann truly has little inside him that wants to seek forgiveness.

The remaining five tracks of the album do less to change the tone, as lyrics about drug use, gun violence and depression continue to seep into the listeners’ ears.

Even after the bars about his past, the boldest claim that Vann makes is that BROCKHAMPTON is at a deficit without him and takes multiple shots at the group, saying “I aint no boy in a band” on the track Pop Trunk and “tried to kill me but I’m still alive” on “Sunday Night.”

The clearly bitter mood that Vann is in for essentially the entirety of the album conveys that he not only is he content with brushing his actions aside but also that the repercussions are easy to overcome.

Musically, there is not much to mull over in the EP. While it might be unfair to compare his solo work to that of the group, it is discouraging to see Vann regress into a more mainstream style of music.

BROCKHAMPTON staked its claim by creating music that is a blend of hip-hop, pop, hardcore rap and slow ballads, all of which are done to mastery. Vann’s work falls into the trap of rattling hi-hats and booming bass that is all too familiar to hip-hop fans today. The instrumentals are uninspiring and one in the same, especially when compared to his former work.

The track “EMMANUEL” features only an eerie, rumbling bass with intermittent trios of bass thumps in accompaniment with Vann’s rapping. I appreciate this decision as the track is heavily substantive as far as lyrics go, and the subject matter matches the dark tone laid by the grumbling bass underneath.

The track “Glock 19,” my favorite among the six, shows off a skippy trap beat with anthemic samples of a woman singing. The bass pattern actually goes hand in hand with the hi-hat heavy beat, which is otherwise bland and unwelcome on the EP, but the Cool & Dre-produced beat breathes life into the project.

Vann’s flow is also exceptional on “Glock 19,” which was his specialty during his BROCKHAMPTON days. Ripping off fast flows is not his forte, but Vann continues to show how tight his rhyme schemes are and how well he stays in the pocket on this project.

The EP is a small sample size, spanning only 17 minutes, making it difficult to determine whether or not Vann has “lost it” or if he ever even had it and was benefitting from the rest of the BROCKHAMPTON members, but it failed to make a creative statement and blends in with the overflowing scene of trap rap in the mainstream.

Ameer Vann’s “EMMANUEL” EP leaves a lot to be desired sonically and lyrically, leaving the artist in an even more troubling situation than before.