Whistleblowers are not criminals 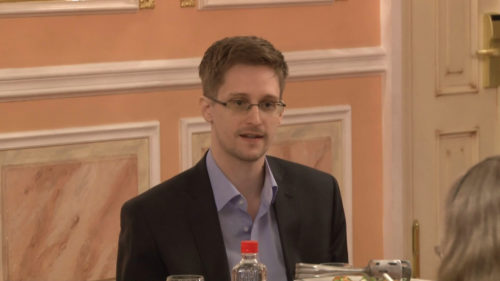 It seems so long ago that Edward Snowden leaked thousands of classified NSA documents to journalist Glenn Greenwald, exposing the unconstitutional actions of the U.S. government’s PRISM program.

Once he released the documents, Snowden became an enemy of the U.S. government. He seeked asylum to dozens of countries, only to be in Russia. Joe Biden, vice president of the U.S. at the time, actively reached out to other countries and pressured them to deny Snowden asylum.

“Every time one of these governments got close to opening their doors, the phone would ring in their foreign ministries,” Snowden said to MSNBC’s Brian Williams on Sept. 27. “And on the other end of the line would be a very senior American official. It was one of two people: then-Secretary of State John Kerry or then-Vice President Joe Biden.”

Snowden says he is open to returning to the U.S., but is worried that he would not be given a fair trial. He fears a government that would do anything to make him disappear. 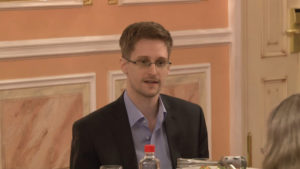 Even longer ago was the case of Chelsea Manning, who released hundreds of thousands of documents on the Iraq War while she was enlisted in the military. Her most infamous leak, a video showing the U.S. military illegally killing several innocent, unarmed civilians, including two Reuters journalists, attempted to inform U.S. citizens of the unethical actions of their country’s military.

Manning, however, was met with a very different fate than Snowden. Instead of fleeing prosecution, Manning was arrested while deployed in Iraq after one of her contacts showed authorities chat logs between the two. She was charged with violations of the Uniform Code of Military Justice and the Espionage Act, as well as aiding the enemy.

She was transferred to Kuwait and placed on suicide watch. Her cell was 6-feet wide and 12-feet long and had no windows. Manning’s lawyer claimed that she was not allowed to sleep between 5 a.m. and 8 p.m., and was given no sheets or pillows, besides the pillow built into the bed.

Manning was originally sentenced to 35 years at a maximum-security prison until President Barack Obama commuted her sentence to nearly seven years. Today, Manning is back in prison for refusing to testify in an ongoing WikiLeaks case. She has been in and out of effective solitary confinement, endangering her health and safety.

These stories paint a grim future for the anonymous whistleblower currently in the news for releasing a complaint against President Donald Trump, which claims that “the President of the United States is using the power of his office to solicit interference from a foreign country in the 2020 U.S. election.” In fact, this current whistleblower could face even more pushback because of Trump’s prominent anti-leak agenda.

“The FBI is totally unable to stop the national security ‘leakers’ that have permeated our government for a long time,” Trump tweeted in 2017. “They can’t even find the leakers within the FBI itself. Classified information is being given to media that could have a devastating effect on U.S. FIND NOW.”.

“The spotlight has finally been put on the low-life leakers,” Trump tweeted in February 2017. “They will be caught!”

Whistleblowers, such as the one that exposed President Trump’s talks with Ukraine to investigate Democratic presidential candidate Joe Biden’s son, put themselves in the world’s spotlight and endanger their lives. The fact that people in power are able to squash the truth through intimidation and threats is a danger to our democracy.

Like Chelsea Manning said, let’s not hide the dark past, and present, of our country. Corruption and cover-ups should not be a partisan issue. As Americans, we should value the truth no matter how messy. Instead of attacking the leaker by calling them a criminal or anti-American, we should support the brave efforts of those who bring the dark sides of our country to light.

Sadly, too many Americans don’t seem to appreciate the efforts of these whistleblowers. In a Pew Research Poll in 2018, 54% of the American public believe that the U.S. government should pursue criminal charges against Edward Snowden.

However, Snowden’s efforts have changed the public approval of the government’s surveillance program. According to the same Pew Research Poll, disapproval rose from 47% after the initial leaks to 53% the next January.

These whistleblowers’ work has had a great impact on our perception of our government, and any attempts by government officials to stop them from doing that should be viewed as corrupt and unconstitutional. Attacking whistleblowers is like attacking a free press. Journalists are similar to whistleblowers in the fact that they keep the powerful in check, which is probably why President Trump hates them so much too.

What happened to the whistleblower protections that are meant to help those who leak illegal activity? Is the bombing of innocents in Iraq or the secretive spying on American citizens not illegal? Don’t we shun other countries for doing these exact same things?

I respect Trump’s most recent whistleblower’s’ choice to stay anonymous. The calls for him or her to step forward and reveal him or herself shows a complete lack of understanding of the danger that that would do to their safety. If the whistleblower exposed themselves to the world, I guarantee that they would be hunted by every intelligence agency in the U.S. and would be brought to charges immediately.

Being a whistleblower is no easy task, but they are necessary to keep citizens informed about what their government is doing in secret. Everywhere there is money, there will be corruption, and everywhere there is unchecked power, there will be abuses of that power. It is up to the brave people working behind the scenes to expose the worst our government has done, and I applaud them for their efforts.

“There are crooks everywhere you look now,” said Maltese journalist Daphne Caruana Galizia right before she was murdered for her involvement in the releasing of the Panama Papers. “The situation is desperate.”

We should protect whistleblowers at all costs because of the immense pressure they put themselves in for the public good. Without them, there would be no substantial checks on the people in power, and we would be ignorant to all the human rights violations that the U.S. has done for decades.