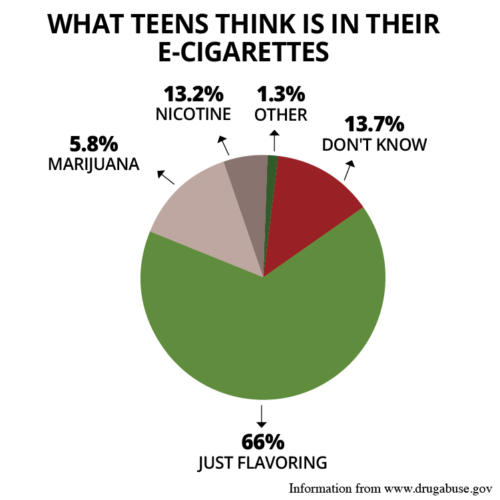 The world of electronic cigarette use has taken the country by storm this past year — and since August, reports of hospitalizations in relation to the use of vape products have been rapidly increasing.  Approximately 530 cases of lung injury associated with the use of e-cigarette or vaping products have been reported to the Centers for Disease Control and Prevention (CDC) as of Sept. 17. Seven of these cases have died from a pulmonary illness that has left doctors perplexed. In comparison, the CDC noted that cigarette smoking will account for roughly 480,000 deaths this year in the U.S. Regardless, these medical emergencies have not only attracted the attention of every parent, young adult and teenager in America, but also the federal government. 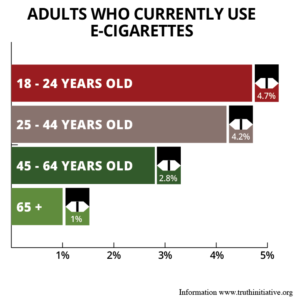 [/media-credit] Sitting with the government’s top health officials, President Trump also joined the conversation to voice his support for a ban on flavored pods on Sept. 11. As part of his ongoing plan to decrease e-cigarette use among teens, the Food and Drug Administration (FDA) intends to finalize a compliance policy in the coming weeks that imposes more regulations on the flavored e-cigarette product market.  “The Trump Administration is making it clear that we intend to clear the market of flavored e-cigarettes to reverse the deeply concerning epidemic of youth e-cigarette use that is impacting children, families, schools and communities,” said Health and Human Services Secretary Alex Azar. “We will not stand idly by as these products become an on-ramp to combustible cigarettes or nicotine addiction for a generation of youth.”

[/media-credit] With these regulations expected to come from the FDA, Michigan has also become the first state to ban the sale of most flavored e-cigarette liquids. Michigan Gov. Gretchen Whitmer directed the state’s health department to issue the emergency six-month ban on both in-store and online sale. Whitmer also plans to restrict the marketing of these products so they aren’t portrayed as “clean,” and “safe.” Despite putting these bans in place, the legislators making decisions about vaping and e-cigarettes are doing so with only limited information about the products and their health effects due to research still being in its early stages.  New York has also moved to issue a similar ban on Sept. 17 when state health officials voted to carry out Gov. Andrew Cuomo’s executive action to ban the sale of most flavored e-cigarettes. Like Michigan’s ban, the executive action must be renewed after a set amount of time, in this case 90 days, in order to stay in use. The only two flavors that users will be able to purchase are tobacco and menthol. At the emergency meeting, New York State Health Commissioner Dr. Howard Zucker presented data showing the amount of New York state high school students using tobacco products rose 160% from 2014 to 2018.

[/media-credit] Juul, the leading brand of e-cigarettes, said it would support a ban on flavors that “mimic kid-specific candies, foods and drinks” according to the company’s statement. The flavors mentioned include mango, fruit, cucumber and crème. The company discontinued these flavors in stores last year but continues to sell them on their website, which as an age-restriction put in place. However, Juul also stated that menthol products, such as its mint flavor, helps adult smokers to switch to e-cigarettes, therefore they should be available in stores. Although the health scares may have an effect on the company’s profit, Juul had an annual revenue of about $2 billion in 2018, according to a report released by Wells Fargo senior analyst Bonnie Herzog.  While New York and Michigan hope to stop e-cigarette use among teenagers by banning certain flavors, they aren’t thought to be the cause of respiratory problems. 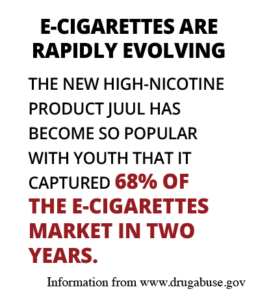 [/media-credit] “Hopefully, [banning certain flavors] will decrease the number of adolescents and young adults vaping,” said Laura Crotty Alexander, an associate professor of medicine studying e-cigarettes at the University of California at San Diego to The Verge. “But does it have anything to do with vaping illnesses sweeping the nation? Nope.”  As of now, the mysterious pulmonary illness does not appear to be linked to one specific product. Many of the patients with the illness reported to the CDC a usage of off brand and illicit vaporizer pods, some containing THC or CBD oil. Like traditional cigarettes, Juul pods and other branded e-juices can be expensive ­— a pack of two Juul pods cost $9.99 on the company’s website. This has caused users to turn to knockoff brands or refillable pods as a cheaper alternative. Because of the lack of regulation in the market, investigators are struggling to find the main cause of the illness ­— whether it be a specific chemical, the device itself or a mixture of ingredients. 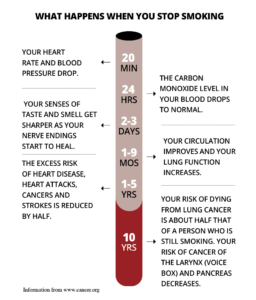 [/media-credit] Because of the surge right now, it seems likely that a fair number of these cases are due to one thing in particular. The CDC has a lot of experience in these outbreak type situations —they can see the difference between a background slow burn and a spike. This is a spike,” said Crotty Alexander. “It suggests a different chemical has entered the market, or that a certain brand or e-liquid is more popular right now compared with a year ago.”   Those affected by the illness have suffered from symptoms including coughing, shortness of breath, fatigue, vomiting and diarrhea. These symptoms worsened over a period of days or weeks before they were hospitalized, according to the CDC. Even though the cases appeared similar, it is not clear whether the illness derives from a common cause or if the individuals are suffering from different diseases with similar symptoms. 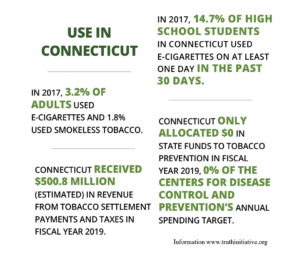 [/media-credit] Officials from the CDC are also questioning why a surge of illnesses is surfacing now since a variety of battery-powered e-cigarettes have existed for more than a decade.  Brian King, deputy director for research translation for the CDC’s Office on Smoking and Health believes that cases could have been occurring in the past but weren’t noticed as an epidemic. The Center for Tobacco Products at the FDA stated that they are working to identify the products used, where they were purchased, how they were used and whether other compounds were used in order to see if any patterns emerge.  Health officials have stated that anyone who is experiencing any type of chest pain or difficulty breathing after vaping should seek immediate medical attention.