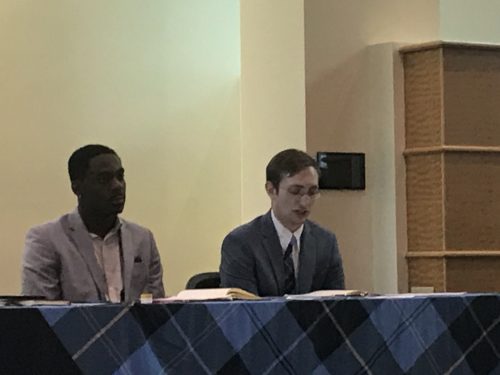 The Student Government Association (SGA) is rolling out new finance policies for student organizations in an effort to align with university policy. 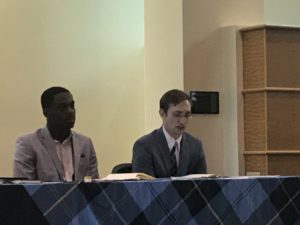 [/media-credit]The changes mostly concern how student organizations are able to spend money and how they file their expenses.

First among the changes are new procedures for using a Quinnipiac credit card. In the past, members of any organization could come to the VP of Finance office and take the card to where they needed to go. The new policy is that the card cannot leave the office, and therefore most orders must be made online or over the phone.

“We moved from using a JP Morgan credit card payment net to a new process, a new system called Chrome River,” Matt Kurz, assistant dean of student affairs, said. “It’s this new company essentially. And they also shifted some of their practices and how the procurement office works with credit cards.”

There is a process to take the card out of the office. Leaders must give one week’s notice and leave their student ID while they go to the shop.

Another change announced during financial training is a new giveaway and raffle policy. The policy presented to leaders at the training was that no members could win a raffle. The original policy would cause smaller organizations or multicultural organizations need to advertise to non-regulars in order to hold raffles or giveaways. The policy was met with immediate backlash, and Adams said that many student leaders reached out to talk about the policy.

SGA has since reconsidered the policy. The new policy going forward will be that only executive board members of student organizations will not be able to win prizes. Giveaways will also be required to be open to the entire student body.

For reimbursements, all receipts will now need to be filed electronically. A picture of the receipt or an electronic copy will be accepted, according to Adams.

“I think things might be a little stricter now with filling things out and deadlines, but that is much better because it will be more orderly and structured,” Giulia Capicotto, president of the Italian Cultural Society, said. “Glenn seems like he is happy to work with us and seems pretty understanding. I think it is also great that things are now all electronic for reimbursements. We have to scan the receipts so now they cannot claim that it was never handed in or lost.”

The policies were implemented with the intent of additional oversight. Kurz said that some organizations could use the money to have food for their study nights. He said even in that situation, as long as you explain that you’re trying to recruit a population to Adams or himself, then it would be OK.

Student leaders who have attended financial training have not yet been informed of the change. Adams said that he will send an email to leaders in the near future.

Other reforms include a new contract policy, a more formalized fundraising request process and a different budgeting process in the spring.

Kurz says that if any leaders are angry with the changes, they can work with SGA.

“We want students to feel empowered to change and make an impact and, and be involved in these things because it’s their money and their government,” he said. “If there’s a group of students that want SGA to vote and say [executive] board members be able to win giveaways, and they passed that and we would abide by that.”