School shootings are not fashionable 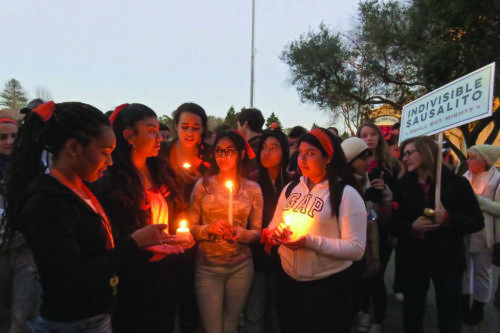 Going shopping for school supplies should not include having to buy a bulletproof backpack, but for many parents and their children, that is the sad reality of today.

In light of the increasing number of shootings that take place in schools every year, bulletproof backpacks have started being sold for any parents that want to buy them for the safety of their children. An article published by NBC News on Aug. 21, stated that sales of bulletproof backpacks have increased by almost 300% due to the number of shootings that occur around the country on an almost daily basis.

These bulletproof backpacks have an insert made of a flexible ballistic fiber material that is meant to stop a bullet before it penetrates the person wearing the backpack. An LAPD firearms instructor, Scott Reitz, put these backpacks to the test by firing at a backpack with a 9mm pistol and a .45 caliber handgun. Both shots made it past the backpack’s exterior but were stopped by the back panel insert. However, when he fired at it with an AR-15 rifle, which is the weapon of choice for some shooters, the bullet went completely through the back panel. 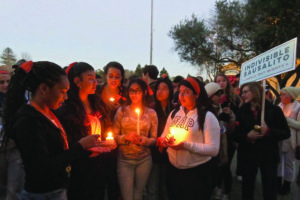 Sandy Hook Promise, a non-profit organization founded by the parents of the victims of the Sandy Hook Elementary School shooting, released a public service announcement in preparation for the back to school season. The ad shows kids going back to school with new supplies like scissors, colored pencils, new sneakers, a skateboard and socks. However, the ad then shows students using those supplies to protect themselves from a gunman in any way they can.

This commercial, once again, reintroduces the ongoing debate over gun control. In many of the school shootings that have taken place, such as the shooting at Marjory Stoneman Douglas in Feb. 2018, the shooter showed signs of wanting to commit a school shooting before he actually did it. People have spoken out about this, saying that universal background checks should be required for anyone who wants to purchase a gun. Doing so could prevent someone with a mental illness or a criminal record from obtaining a gun and engaging in a heinous act, such as a school shooting.

Another side to the gun control debate is that certain guns should not be allowed to purchase. The previously mentioned AR-15 is a gun used by the United States military, and many argue that ordinary citizens should not be able to obtain weapons of this caliber . Those who claim that the Second Amendment gives them the right to bear arms are not wrong, but there should be limits placed on the kind of weapons people are allowed to obtain.

In a society that is constantly evolving, our laws should do the same.

Aside from the negative response public officials have received regarding the lack of change when it comes to gun control, clothing brand Bstroy has received a lot of backlash after they posted photos on their Instagram page of hoodies with the names of schools where shootings have occurred, including Marjory Stoneman Douglas, Columbine, Virginia Tech and Sandy Hook. The hoodies have holes in them meant to represent bullet holes.

As expected, thousands of people flooded the comments saying those tragedies are not fashion and should not be used to make a profit. However, others thought it was a good way to raise awareness for gun laws and gun control.

The common thread here is the government’s inaction towards enacting gun control laws.

The thoughts and prayers public officials tweet after a mass shooting do nothing for the families who have lost loved ones. Thoughts and prayers won’t stop mass shooters from obtaining a gun and killing people with it. The government needs to take action against gun violence by passing legislation that won’t let just anyone obtain a gun and by banning weapons that no ordinary citizen could ever need.

Many presidential candidates know this is an issue many people will consider when they vote in the 2020 election. The generation that has been most affected by gun violence is now old enough to vote, and they want to see change happen. Buying a bulletproof backpack and hoping for the best is no longer an option for young adults who want to see change take place. Presidential candidates must consider gun control if they want a chance of being considered. This generation of voters should not have to consider buying their children bulletproof backpacks.