An album that will make you say ‘Wow’ 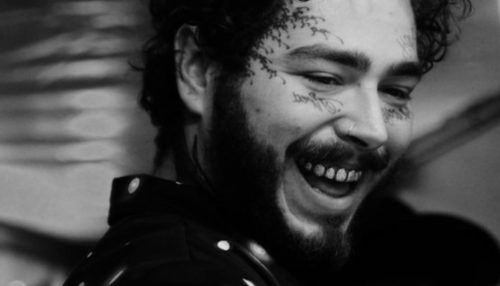 Hollywood may be bleeding but Post Malone comes out unscathed.

For a star who seems to churn out hit after hit, Post Malone gives fans a satisfying follow-up to his 2018 success “beerbongs & bentleys.” The album may be on the longer side in terms of duration, but listeners will have a hard time finding a dull minute out of the 51-minute running time.

“Hollywood’s Bleeding” dropped on Sept. 6 after much anticipation. “Wow.” one of the album’s singles, was released way back on Dec. 24, 2018. Another single “Goodbyes” which featured Young Thug, was a fan-favorite summer jam having been out since July.

In total “Hollywood’s Bleeding” has a total of nine features, which also include SZA and Halsey. This figure actually tops the eight combined features Post Malone had between his previous studio albums “beerbongs & bentleys” and “Stoney.”

Many fans were left wondering how Post Malone would raise the bar after the success of “beerbongs & bentleys,” but the 24-year-old worked his magic yet again. Interestingly, Post Malone can truly call this work home cooking, as “Hollywood’s Bleeding” was recorded entirely in his Utah home. The album is also the first that Post Malone recorded following his breakup with Ashleen Diaz, whom he had been dating for three years.

A quirky observation about the layout of the album is the way that Post Malone ordered the durations of the songs. The first batch of songs are all two minutes long, followed by a four-minute song, which is then followed by three and two-minute songs in that order.

Even with Post Malone’s introspection throughout the album, he calls back to his typical cliches about popping pills, sex and drinking beer on “Saint-Tropez.” This reminds the listener that this is still a Post Malone album despite “Hollywood’s Bleeding” going off in a variety of directions. “Circles,” a pop-rock track, blends into the background of the album but is nevertheless executed well. Its 90s FM radio froth pairs well with the strummed guitars and windy rhythms.

Post Malone’s versatility as an artist shines in “Hollywood’s Bleeding.” His collaboration with Ozzy Osbourne and Travis Scott on the power ballad “Take What You Want” brings back Post Malone’s roots in a heavy metal band before becoming a rapper. Even more so, Scott and Post Malone are able to keep up with Osbourne’s whirlwind of vocals. It’s not Post Malone’s best song, but it’s his most thrilling. And although the explosive track may seem out of place on “Hollywood’s Bleeding,” it fits into an album of weird and wonderful combinations.

The most lyrically strong track on the album is the slow, two-minute interlude “Internet.” Produced by Kanye West, Post Malone raps about his take on the internet’s negative effects on our society. He finishes the song with “If ignorance is bliss, then don’t wake me up/And I’ll probably be the last to know/’Cause I don’t get on the internet no more.”

“Myself” is a more subdued but hopeful R’n’B track that transports you to the ‘70s. The soul-crooning track, co-written with Father John Misty, talks about not being able to appreciate success because of how fast life moves turns almost political with the lines “The world has gone to shit and we all know that/People freakin’ out, like, hit the Prozac.”

“Hollywood’s Bleeding” will be part of Post Malone’s Runaway tour which just went underway on Sept. 14. The tour takes place exclusively in North America, opening in Tacoma. Post Malone will make his way to 31 different locations promoting the album with Swae Lee and Tyla Yaweh joining as supporting acts.

There’s no denying that the new album is long, with 17 tracks that include “Sunflower,” a song Post Malone first showcased on “The Tonight Show Starring Jimmy Fallon” last year. Also featured on the song is the aforementioned Swae Lee. The song is most recognizable from its appearance on the soundtrack of the 2018 animated blockbuster “Spider-Man: Into the Spider-Verse.”

Unlike “Stoney” and “beerbongs & bentleys,” each track feels distinct — Post Malone is finally separating his various influences from rock, rap and country. The insightful album is evidence of his versatility and willingness to do exactly what he wants with no regrets.