The ‘Hustlers’ of Motherhood 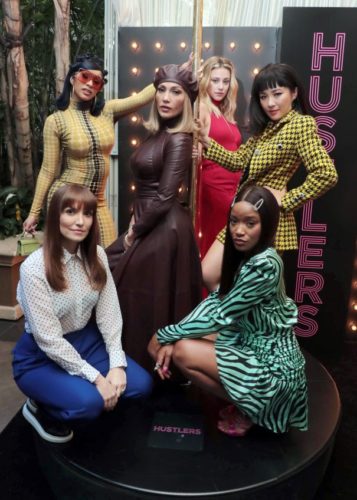 A touch of sexiness, a broad sensation of danger, an impending sense of insecurity and mothers who want the best for their children. This is what rifles through the scenes of “Hustlers,” a film that narrates the story of a group of strippers that drug and steal from their rich, abusive and nauseating clientele.

The story is based on a 2015 “New York” magazine article, “The Hustlers at Scores,” which tells the true story of Roselyn Keo and Samantha Foxx. For the purpose of the movie, their names were changed. The acts occurred after the 2008 financial crisis that left most of Wall Street unemployed. This led to the usual patronage of strip clubs no longer having the money to keep up a perfect attendance.

With a lack of income flowing and children at home that need to be fed, people have to get creative. And that’s exactly what these strippers do. They would spike the drinks of the men they would meet with a combination of MDMA and ketamine and then steal their credit card information. Some have viewed the situation as criminal and monstrous while others view their story as powerful and downright badass.

The film was directed with grace and wit by Lorene Scafaria who fosters a style that is reminiscent of Martin Scorsese’s “Goodfellas” and Adam McKay’s “The Big Short.” In other, more reckless hands, the film could just be another basic stipper movie where the characters are just hot strippers. But in the care of Scafaria, she makes sure the characters of the film are well-rounded and consequential instead of being portrayed as just objects to the powerful men of the world.

Hustlers stars an A-list cast of such names as Constance Wu, Jennifer Lopez, Keke Palmer, Cardi B, Lizzo and Lili Reinhart. Each member of the cast brings a level of energy and perspective that is essential to telling a subversive, provocative, and delicate story. But, Wu and  Lopez are the true stars of this film.

Wu, who has shined on ABC’s “Fresh Off the Boat” and last year’s “Crazy Rich Asians,” gives another strong and emotionally heavy performance as Dorothy/Destiny. Her character is a single mother who also has to take care of her grandmother. Determined to make the best out of a bad situation, she takes up stripping and it leads her down some interesting and life changing events. Wu is one of the best and most consistent actresses of this moment, giving audiences something unexpected but emotionally and intellectually ripe.

Lopez, who hasn’t been in a good film since 1998’s “Out of Sight” and 1997’s “Selena,” gives a performance that is worthy of attention and praise of every award body in the country. Lopez portrays Ramona Vega, a stripper at the top of her game who loves hard but hates even harder. Ramona is a woman who can be cold-hearted and cut-throat and Lopez makes her appear like your best friend without losing her edge. It truly is a masterclass of a performance that completes a balancing act of total opposite personality traits.

One of the most important and poignant scenes in the movie has Wu’s Destiny and Lopez’s Ramona talking to each other about why they do what they do. For Destiny, it is about her daughter and her grandmother. For Ramona, it is about freedom and a sense of security.

At the climax of the scene, Ramona says to Destiny, “motherhood is a mental illness.” Ramona doesn’t mean that as an offense, but instead as a defense. It is something that is so gargantuanly human and vulnerable. Motherhood can make a person do anything to protect and care for their child even if it means drugging and stealing from some of the most powerful men in the world. It single handedly justifies their reasoning for each act, not just in dealing with the men but also dealing with themselves. In that single line, it gives more of an insight into these characters and the life of strippers than just watching someone dance on a poll to a Fiona Apple song.

“Hustlers” is an important movie for society today. It is entertaining and eye-opening to not just the world of stripping but motherhood and surviving in a world that doesn’t care about you. “Hustlers” is one of the best and most interesting movies of the year.