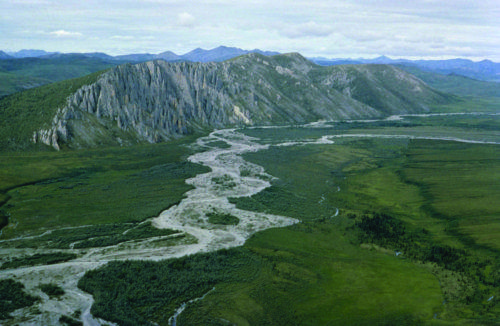 For the past two years, I have been obsessed with a single detail of the 2017 Tax Cuts and Jobs Act.

I remember when they announced it, in the middle of the night, that it passed through Senate on Nov. 2, 2017. I remember being horrified at the news that came out the next day about a national wildlife refuge considered for oil drilling, barely broadcasted in height of the major facet of the act: tax changes.

That horror heightened when I heard a bid was recently opened.

At the time the act was released publically, every major news program focused on the tax rate changes for individuals and businesses. It was, afterall, a significant piece of paperwork that would alter the economics of the United States. What was barely mentioned was section 20001: Oil and Gas Program. This enabled the Secretary of the Interior, through the Bureau of Land Management “to establish and administer a competitive oil and gas program” in the Alaska National Wildlife Refuge (ANWR), according to Congress’ official website.

The ANWR is a 19.6 million acre piece of land, stretching across nearly 20% of Alaska’s natural borders. In this land, there is an estimated 10.4 billion barrels of oil available for off-shore drilling, according to the Energy Information Administration (EIA). 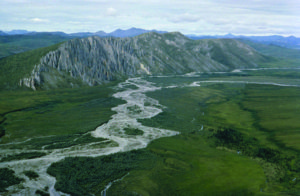 Regardless of a survey spearheaded by Yale University’s Program for Climate Change Communication that reports 70% of American voters are opposed to drilling into ANWR, the land was still recently put up for private lease bids.

The national wildlife refuge is one of the last and largest plots of land — in the world — that has not been excavated for drilling purposes. It is also home to a number of migratory species, including the Porcupine Caribou herd, that rely on the natural environment for breeding and summer resources.

I get it. This doesn’t seem to directly impact us, as students. The refuge is over four thousand miles away from us and a trip there would include traveling across almost the entirety of Canada. If we drill there, it means gas prices may lower and possibly a temporary dip in the unemployment rate.

These arguments are valid. Another significant point that is addressed when drilling in the ANWR—a discussion since 1987 — is that it would reduce international reliance on outside oil resources.

While this is a valid point, there are discrepancies in this argument.

For example, over the last 50 years, the United States has reached into every state to obtain oil. As older fields dry up, our domestic production of oil has fallen, according to John W. Schoen at NBC News. If the country were to begin drilling in national parks and reserves, it would barely depreciate the value of gas.

Instead, it would strain to keep the price where it sits currently. Additionally, according to Schoen, the “U.S. currently uses about 21 million barrels of oil a day, about 6 million of which is produced domestically.” Drilling into refuges and national parks — such as ANWR — would only maintain this 6 million, not increase the data point.

Opposing arguments also highlight that there could be positive sociological impacts on the communities around these oil rigs. However, in the long run, these oil booms often have a negative social impact after the upsurge of oil development levels off.

North Dakota is a prime example of this. In the early 2000s, a prime oil reservoir was found in central North Dakota. Where the statewide population was one of the lowest in the country, before the oil rigs were developed, thousands of people moved into the Peace Garden state. For example, Williston, a town in the northwest corner, expanded by “67% from 2010 to 2014”, according to Adam Millsap at Forbes.com. To account for this growth, local and state governments had to broaden their scope in context of schools, housing (both rural and urban) and other city services.

However, these surges of proliferation lead to a drastic fall.

One businessman in Williston, Marcus Jundt, said their community is overbuilt: “We have too many hotel rooms, too many apartments, too many restaurants. People are going to go broke.” This then forced the North Dakotan governments to account for these falls in the economy by “cut[ting] spending or dip[ping] into reserves,” Jack Healy, a New York Times reporter, said in 2016.

This surge in job creation still left hundreds of laid off oil workers in a limbo that left them broke or moving again. The job creation that was established becomes irrelevant after a few years, when the workers on the rigs are dismissed and are without second options.

Finally, in respect to the last point addressed, many argue that the land covered by drilling facilities would be minimal in context of how large the refuges are. In the instance of the ANWR, fracking is planned off the coast.

While it is projected to only occupy a few hundred acres of the land, drilling would still prove detrimental to the natural cycles in these areas. As described earlier, the Porcupine Caribou herds depend on these coastlines for mating and breeding land. This is only highlighting a single species in a single area; hundreds of more organisms rely on that coast for survival, and the resources it provides.

While the reach of drilling would be minimal — in not only the ANWR, but other national parks and reserves — the negative repercussions of development vastly outweigh the outreach of land being developed.

There are justifiable reasons for drilling in national parks and reserves. After all, it could prove beneficial, chiefly from an economical standpoint.

Regardless of the financial benefits drilling in national parks and reserves, like ANWR, would provide, it should remain illegal in that it would drastically affect these prodigious natural environments and their cycles.