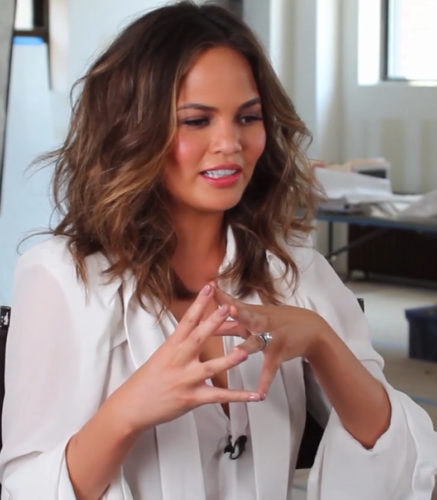 If you’re new to Twitter or simply don’t have an account, you probably missed one of Chrissy Teigen’s most recent tweets gone viral.

On Sunday, Sept. 8, Teigen, a model and tv personailty,  posted a photo of herself writing on a chalkboard to commemorate her daughter Luna’s first day of school. The photo was captioned, “Luna, remember the night before your first day of school? When mommy was making your sign and the pussy ass bitch president had his ninth meltdown of the day.”

The tweet instantly went viral, as several of hers do, having been retweeted over 30,000 times and having gained over 307,000 likes according to since she posted it. Soon after, the hashtag #PussyAssBitchPresident was trending in the United States.

Teigen’s tweet came as a response to one President Donald Trump had tweeted earlier in the night. As usual, Trump was complining about not receiving credit for the little good  he’s done as president, in this case signing into law a new criminal justice reform. Trump went on to tweet “Guys like boring @johnlegend and his filthy mouthed wife are talking now about how great it is–but I didn’t see them around when we needed help getting it passed.” 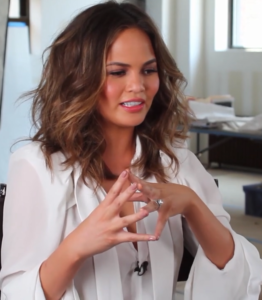 Trump’s tweet was prompted by John Legend’s discussion about the effect incarceration has on families at an MSNBC Town Hall event with Lester Holt at Sing Sing Correctional Facility in New York. Legend, a famous singer, songwriter and actor, is the founder of Free America, a campaign that aims to raise awareness for criminal justice reform. This hits close to home for Legend as his mother spent time in jail after years of self-medicating with illegal drugs after the death of her mother.

Legend, along with other advocates for criminal justice reform, has said that the Formerly Incarcerated Reenter Society Transformed Safely Transitioning Every Person Act, also known as the First Step Act, which was signed into law by President Trump on Dec. 21, 2018, is a major step towards reforming the federal prison system in the United States. The First Step Act aims to reduce recidivism. It also is designed to ensure people who are released from prison can go home, get a job, and focus on rehabilitating.

This isn’t the first instance in which Teigen has had an unpleasurable online encounter with Trump. Soon after he was inaugurated, Trump blocked Teigen on Twitter after she repeatedly expressed in her tweets just how much she dislikes him. This backfired, however, when in May 2018, a federal judge in New York City ruled that Trump blocking people on Twitter is a violation of the United States Constitution. This ruling came as a result of a lawsuit that was filed by the Knight First Amendment Institute at Columbia University and seven other plaintiffs who Trump individually blocked on Twitter.

Some Twitter users were quick to notice that all the people Trump targeted in his hateful tweets, including NBC Nightly News anchor Lester Holt and CNN host Van Jones, were none other than people of color.

A surprise to absolutely no one.

The hashtag was brought to the attention of Twitter itself, who decided not to let the hashtag stay trending due to its profane nature, despite the number of people using it. Twitter users noticed, and those who felt Teigen’s “nickname” for Trump should trend a little longer improvised and started using abbreviations such as #PABOTUS, #PPAB, and #PresidentPAB. Even Meghan McCain, the daughter of late Republican Senator John McCain, sided with Teigen the following morning when she tweeted, “Since when is there something wrong with being a filthy mouthed wife? #teamchrissy.” 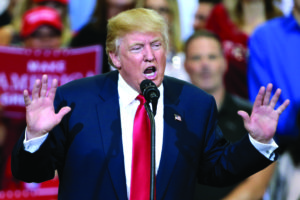 A few days after Teigen’s online battle with Trump, she appeared on the Sept. 11 episode of Ellen, revealing that she is still blocked from viewing Trump’s account and tweets on Twitter. She found out about Trump’s tweet through family and friends. Teigen couldn’t help but laugh at the situation, pointing out that Trump “cannot not be a bitch.”

Trump did not tag Teigen in his earlier tweet where he referred to her as John Legend’s “filthy mouthed wife,” and she later tweeted that the best part of it all was the fact that Trump felt compelled to mention her despite the fact that she was not present at the town hall, and her name was never brought up.

Aside from all the good laughs this hashtag provided for Twitter users, one fact remains: Trump is unable to stay out of the spotlight for longer than a minute.

Trump’s job approval rating fell six points, down to a 38% approval rate from the 44% last recorded in July as released in a recent poll conducted by ABC News and The Washington Post. In typical Trump fashion, he later took to Twitter and called it a “phony suppression poll meant to build up their Democratic partners.” In a series of tweets that followed, Trump claimed he has done more than any other president in the first two and a half years. This is almost laughable unless you count separating children from their families and holding them in cages.

One thing I will give Trump credit for is the work he’s done in regards to the economy. Since Trump’s election in 2016, unemployment rates have lowered and the number of job openings has increased. Since becoming president, Trump has received overall positive ratings on the way he has handled the economy. However, those ratings are slowly declining and many Americans believe a recession is likely to occur within the next year. The way Trump has handled the economy is likely going to be an issue he uses to his advantage in his re-election campaign, but a recession would not work in his favor.

On Sept. 10, Trump tweeted a photo on Twitter of a “Trump 2024: Keep America Great” sign. It seems that he’s forgotten that we live in the United States of America where there is a law in place that limits a president to two terms.

Trump should get off Twitter, brush up on constitutional law and focus on campaigning for the upcoming 2020 election before he gets too far ahead of himself.