What was the reason for a third season? 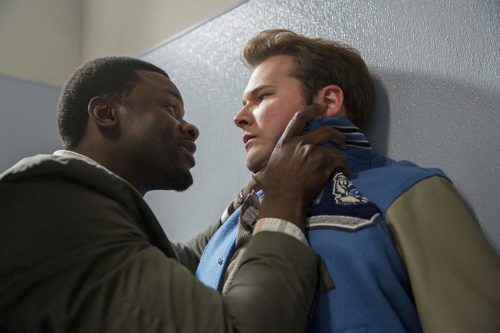 The third season for the controversial teen drama “13 Reasons Why” dropped on Netflix on Aug. 23. This season centers around the murder of serial rapist Bryce Walker and how every central character had a reason to want him dead.

Season three begins approximately eight months after the end of season two. It opens with a narration from a character that is new to Liberty High School, Ani Achola. Ani was not in Evergreen for any of the events of the previous seasons, a fact that ends up causing conflict throughout the plot of this season.

The writers convey the plot in a way that is convoluted and unnecessarily confusing. The story is being told by Ani after the events of the season unfold through two different types of flashbacks. The first being before Bryce’s death, is incredibly colorful and vibrant. Flashbacks that take place after Bryce’s death are washed out and colorless, while shots of Ani narrating are completely greyscale. These jumps between time frames are often abrupt and, if the viewer is not completely paying attention, unnoticeable. This, of course, goes along with the fact that Ani is a completely unreliable narrator who lies to the police to push the group’s agenda.

Ani’s mother works for the Walker family, which means she lives under the same roof as Bryce. We see Bryce through her eyes as she watches him try to become a better person, often failing as he reverts to violence on several occasions. Despite that, this season is relentless in attempting to get viewers to feel bad for Bryce, showing sweet scenes with his mother and his attempts to change and become a new person. While everyone is capable of change to some degree, the writers made the wrong decision to use valuable screen time painting Bryce in a better light.

“We wanted everyone to question the path to making amends … how much humanity was actually lying underneath in Bryce,” said Justin Prentice, who portrays Bryce on the show, in an interview with GQ. However, he makes it a point to reinforce that Bryce’s actions are still very much a part of him. “Bryce has done monstrous things and that can’t be changed.”

Rather than focusing on redeeming a serial rapist, writers could have put more focus on the numerous hot topics that this season handled. Topics such as surviving sexual assault, abortion, drug-use and deportation are all discussed throughout the season, but such little screen-time is dedicated to them that it appears to be a cheap shot on the writers’ part. For instance, a group of young women, led by Jessica Davis, dedicated to speaking out about their sexual assaults, are written as flat characters whose only purpose is to “topple the patriarchy.” These characters, only one of which is named, deserved to be written as actual characters rather than simply a representation of what could only be assumed as the #MeToo movement.

The most glaring problem with this season is the police. With Bryce being a rich, powerful, white male, the police are eager to jump to conclusions without exploring every angle. The sheriff pegs Clay Jensen as a suspect almost instantly despite everyone in Evergreen having some sort of motive to want Bryce Walker dead. However, in the final episode, Ani lies to the police about who actually killed Bryce and, even though the evidence does not lead to this conclusion, the police believe her and close the case due to spoiler-y circumstances.

Despite poor writing and lack of source material, the actors, specifically Prentice, who plays Bryce, give great performances. Prentice is a very dynamic actor who can play the sweet son of Mrs. Walker, but also the vile and despicable antagonist of Liberty High School.

Another actor who gives a great performance in this season is Christian Navarro in the role of Tony Padilla. Navarro evokes emotion from even the toughest viewers as his character discovers that his family has been deported back to Mexico.

Regardless of a fourth season in the works, “13 Reasons Why” is a tired show that has served its course that it is clinging to whatever remaining relevancy it can grasp onto. The show’s original message of starting conversations about topics that actually happen to teenagers has been lost as the same ten kids deal with all the problems that they could possibly attempt to handle. The writers were so intent on covering every topic they could that the importance of each topic was lost.