Meet the class of 2023 presidential candidates 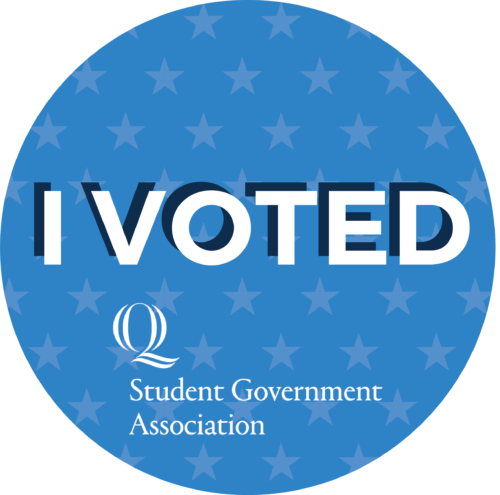 School has just started and on Tuesday, the Class of 2023 will elect its representatives. The Chronicle reached out to all the presidential candidates and interviewed five candidates for this semester’s freshman president.

Tyler Gorman is a game design and development major from Enfield, Connecticut. Gorman was never involved in school government, but was in the military.

In four years, Gorman was promoted three times to receive the title of “Noncommissioned Officer” and served as Section Leader in the United States Army.

As a Section Leader, Gorman had many responsibilities such as counseling other soldiers, scheduling training sessions, and assessing maintenance of military vehicles. With this experience, Gorman said he will make a great candidate. He wants to establish a daycare to help professors and older students.

“When I was at my other university, they had a daycare for the commuters and the professors because a lot of the professors have to get nannies or something,” Gorman said. “A lot of commuters have to tailor to their schedules around their kids.”

He also wants to establish a rented bike system that’ll allow students to travel to popular locations around Hamden or simply to just go for a ride with friends. Being a commuter, Gorman says he makes an effort to stay on-campus late on school nights in order to get to know his peers and experience the issues many students bring up.

Frank Scott is a film, television and media major from New Jersey. Scott was involved in the Boy Scouts and became the assistant camp director. Scott was also selected to be a part of the American Legion, a program where students from each state form a mock government.

“Drinking a smoothie through paper straws is very difficult,” Scott said. “It would be much more effective if we switch the paper straw and the plastic cup at the smoothie station to a paper cup and a plastic straw because it’s more convenient for the consumer.”

He also wants to establish an easier and efficient way of communicating with the student body using polls via email to assess progress or concerns within freshman populace.

Petrina Robinson is an entrepreneurship major from Hartford, Connecticut.

She’s an ambassador for an after school program called “Project Ready.” Robinson was an intern for the Bank of America Student Leaders Program in which participants can learn different ways to create change in communities and how the government and nonprofits can work together.

Robinson’s goal is to fix minor, annoying inconveniences that students experience every day.

“Someone from Mountainview mentioned that the bathrooms didn’t have, like, paper towels,” Robinson said. “Then someone else mentioned printing, that we have to pay for printing, but we also paid so much to be here.”

Robinson wants to build trust and communication between the student government and make sure everything she does will be fulfilled and followed through.

“I’m not going to make you a promise and just be like, ‘OK, I promised this’ and then that’s it,” Robinson said. “I don’t want to do that. I want them to be able to talk to me and  actually meet their president, know what’s up.”

He worked closely with his school district’s superintendent, assistant superintendents and school administration and found his passion. Kane became familiar with political positions and developed an interest in politics and history.

As president, he said he hopes to strengthen the connection between Quinnipiac’s student body with Hamden’s community.

“I think if you can kind of work together, we can maybe open up to the residents here to make them understand what could it be like,” Kane said. “And just me being here for two weeks, I’ve learned so much.”

Kane believes it’s a great way for students to establish relationships within their community. He claims it could provide extra funding to the school and volunteering could offer skills to students before they graduate. Kane says he is a people person.

“I like to talk to people. I’m a good person who can comprehend, understand people’s issues and step into their shoes,” Kane said. “That’s the person I want to be for them.”

She says she is passionate about the environment, and while she believes paper straws are a good first step, she wants to see plastic containers and utensils replaced with ones that are biodegradable. In addition, Quintana also hopes to see the university install more recycling receptacles on campus.

She also wants to see Quinnipiac transform into a “social campus” where people are more accepting and open to others. She wants to see more concerts and social events around campus.

Quintana sees book prices as a huge issue, and would like to see better communication between professors and the bookstore. She said that her books, which are used and rentals, cost her over $600. She says she would like to see a program that makes book rentals “like Netflix” and believes that SGA is the best medium to make that dream happen.

Above all, Quintana wants to be an ally for her class. She describes herself as well organized and a people person, which she says makes up for her lack of student government experience.

“I want to listen to the voice of students,” Quintana said. “I want to make a change on campus. There’s my ideas, but their ideas are the ones I want to push.”

Carmine Grippo is an undeclared business major from Middletown, Connecticut.

Grippo hopes that his experience will differentiate him from the crowd. He has strived to be a leader since 5th grade, when he served as class leader. Since then, he has taken a wide variety of student government roles that range from class representative, to student body president of his high school.

“I’ve been a leader my whole life,” he said. “I can talk to any type of person.”

Grippo hopes to see small changes to improve the student experience. He wants to see freshmen dorms get printers within the common rooms for student convenience. He also believes that the price of snacks, specifically ice cream, is too high and would like to work to lower the prices.

“I want to create more communication between students and faculty,” she said. “It can be hard to meet one on one but I want to find a way to help make it easier, like sitting down for coffee or food.”

Mallory also wants to help ease the transition by establishing a mentorship program in the same spirit as orientation leaders. Mallory said that although orientation leaders are great, they aren’t year round mentors. She hopes to have freshmen be paired with upperclassmen in similar fields to help give advice to younger students as well as create a more welcoming culture. She also expressed an interest in helping establish free laundry for students.

Mallory also has a wide variety of leadership experience. She was her high school’s class president for two years and was also a youth leader at a nonprofit Griptape. Griptape is in charge of helping students pursue their passion. Mallory was also involved with the Future Project.

Presidential candidates Genesis Iscoa and Isabella McClary did not respond to The Chronicle’s request for an interview at the time of publication, but they will appear on the ballot.