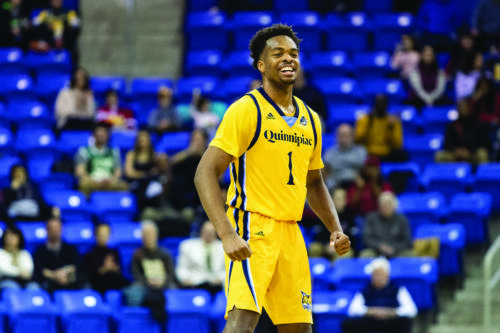 Cam Young, former Quinnipiac star guard and 2018-19 MAAC Player of the Year, has signed a professional basketball contract with Italy’s Pallacanestro Cantù, according to Quinnipiac Athletics. 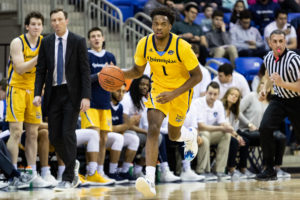 [/media-credit]Young will begin his Italian basketball career in the upcoming 2019-20 season and will become the second player in Quinnipiac history to play for Pallacanestro Cantù – James Feldeine ’10 played for the club in 2014-15.

The 2018-19 season was magical for Young. He became the first Bobcat to receive AP All-American votes, set a Quinnipiac Division I single-season record for total points in a season with 728 and scored 55 points in a game – the most in Division I in that season. He also broke former Quinnipiac guard James Johnson’s single-season three-point record of 84 with 104 made threes.

Young finished his record-breaking Bobcat career with 1,350 points in 70 games and averaged 19.3 points per game during his tenure in Hamden.