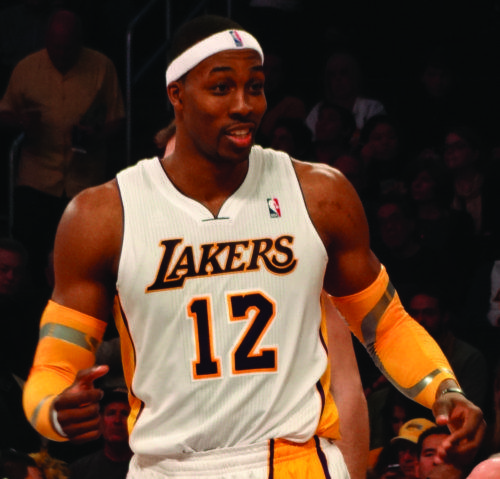 “I learned Magic for eight years. Went to La-La Land. Worked for a while with Rockets. Learned to fly with some Hawks. Got stung by the Hornets. And it all taught me how to be a Wizard” said Dwight Howard in his introductory press conference after signing with the Washington Wizards just a year ago.

Howard jokingly detailed the teams he played for while also looking forward to having success with the Wizards. Unfortunately, just a year later he is already gone from his new team after only playing 9 games due to injury. 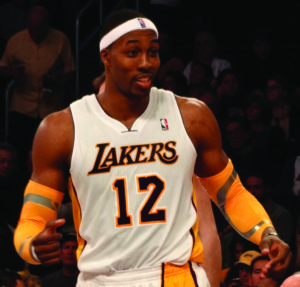 Howard signed a one year, non-guaranteed $2.6 million deal with the Los Angeles Lakers. According to ESPN’s Adrian Wojnarowski, the deal comes with a clear message. “Disrupt this team — and you’ll be gone.”

The eight-time all-star will turn 34 in December and is going into his 16th season in the NBA. Howard will probably replace starting center DeMarcus Cousins, who tore his ACL during an offseason workout one month after signing with the Lakers.

Many were wary of the Lakers going in Howard’s direction for a few reasons. He has a tendency to seek attention on and off the court. Whether he is joking around and not giving much effort on the basketball court. Or last year, when TMZ reported that a man who claimed to be Howard’s ex-boyfriend accused the big man of sexual harassment. Nothing further occurred after the accusations.

Some don’t think he is any good. Howard is a big man who doesn’t have many skills and has relied on his superior athleticism for all of his career. Now that he is well passed his physical prime, what would an unskilled player look like with a good team? The last reason Howard may not be a good fit for the Lakers is that he already played there.

Howard is making a return to LA after his short stint with the team in the 2012-13 season. That Lakers team had a disappointing 45-win regular season and were swept in the first round of the playoffs. Howard’s departure was riddled with disdain from most Laker fans and some media members who blamed him for many of the team’s struggles in large part due to his lack of toughness. Two years after playing for the Lakers, he faced his old team and got into a heated exchange with Kobe Bryant who was caught mouthing the words “soft” at Howard.

However, six years later, Howard is back in the purple and gold under very different circumstances. He is no longer the prized free agent signing in 2012. Presently, he is a journeyman big man who has switched teams three consecutive years and believes he can be a worthy contributor to a championship-caliber squad. He not only had to convince the Lakers management of this belief but also Laker players on the roster. According to The Athletic’s Shams Charania, star big man Anthony Davis and serviceable veterans Rajon Rondo and JaVale McGee had input into the decision to bring him on. They apparently needed to know whether they could trust Howard and if his mindset would fit this team.

In the same report, “League sources said Howard had a convincing and emotional meeting with the players and Lakers officials, explaining how he had reached rock bottom a season ago and needed to find a new mindset in his life. On and off the floor. He was not the teammate he needed to be in playing for three teams in the past three years. He did not take the game seriously enough, he did not understand what was needed to turn the corner.”

It seems that Howard has reached the ultimate level of humility where he is being direct and forthcoming. This is a drastic change for a player who is universally known to have a tendency to be a people pleaser and attention seeker. So for him to recognize many of the errors of his ways and possibly putting all his issues behind him is a major step in the right direction. It also doesn’t hurt that he is motivated to be his best self on and off the court since his contract in non-guaranteed.

Even with this seemingly newfound motivation to play for the Lakers again, it did seem that this has been the same story from his past teams: the Houston Rockets, the Atlanta Hawks, the Charlotte Hornets, and the Wizards. With exception for the Rockets, he only stayed with each team for a single season. There must be a reason for Howard not lasting more than one year with each squad he has joined since the 2016-17 season.

With all that being said, is Howard actually as bad as advertised? 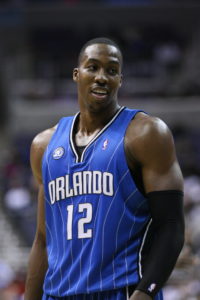 The biggest drawbacks for Howard should be that he is an aging player whose game significantly declined because of his reliance on his physical prowess in his early years. He is also coming off an injury serious enough to prevent him from playing 73 games last year.

But what many people let cloud their view of Howard is his off the court dramas and his unlikability.

One part is that his personality comes off as corny instead of fun-loving. That is illustrated by his introductory press conference with the Wizards where he joked about being stung by his former team the Hornets. Another reason fans are not fond of him is because Howard’s peers don’t like him either. From Kobe directly calling him soft to Steve Nash telling him to stop complaining and to his poor relationship with James Harden, Howard has not been received well from many high profile players. Even NBA legend Shaquille O’Neal throws the occasional shade at Howard on Twitter and television.

But the main reason many dislike Howard is because of the time when he appeared as a phony next to his former Orlando Magic head coach Stan Van Gundy. As the Ringer’s Rodger Sherman puts it, “Dwight’s Magic career (2004-05 to 2011-12) ended about as awkwardly as possible. He famously interrupted a Stan Van Gundy interview in which the head coach was stunningly honest about how Howard wanted him fired. Dwight hugged SVG and denied what Van Gundy said to the media. Then, after Van Gundy was canned, Howard demanded a trade anyway, making a point to say that Orlando’s players were guys “no one wanted” on his way out.

Examples such as these are what has made Dwight such an unlikeable figure. As someone that many don’t like and choose to hound on, he has become the easiest punching bag in the NBA.

All of these unfortunate and embarrassing displays are what dominate people’s perspective on Howard. Not the fact that he was a five-time All-NBA first team, one-time All-NBA second team, two-time All-NBA third team, three-time Defensive Player of The Year and led his team to the NBA Finals as a 23-year-old. However, many choose to paint Howard with a broad brush when it’s more complicated to understand why he is or isn’t a good fit with the Lakers. Although most of Howard’s greatness is in the past and as much as his actual game has declined, he still has been able to perform relatively well. Since he left the Lakers in 2012-13 season, Howard has averaged 15.5 points, 12.0 rebounds, 1.5 blocks, and .595 field goal percentage up until his season with the Wizards. If Howard can replicate some of that production alongside LeBron James and Anthony Davis then he would be a valuable acquisition that makes the Lakers a contender.

Howard is not what he once was. He is not the big man on the rise. But he is someone that should be taken seriously when he is added to an already talented roster.

Since he learned how to be a wizard, he should be able to fly this time in the city of angels.