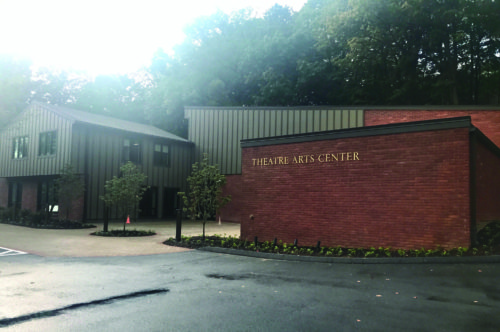 I’ve been dreading taking my fine art credit ever since I sat down at that painful hour-long stress-fest at orientation in which freshmen plan their schedules. That’s when I learned that on top of my major classes, a lab science, my two minors and other requirements, I was going to have to fit in some time to make some pottery or learn to sing.

Being a novice potter and a non-singer, this was stressful for me, but I understood the importance of being well-rounded and gaining exposure to disciplines I normally wouldn’t interact with. But the dread I felt when considering three credits worth of insecurity was compounded when I realized most of the classes that fulfill the fine art credit are located at “the Sherman Avenue Campus.” 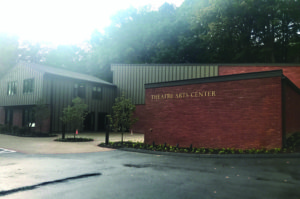 On my October 2017 tour of Quinnipiac, my tour guide, an extremely knowledgeable junior nursing major from New Jersey, told me Quinnipiac has three campuses.

“We have three campuses. Main campus is where you will spend your freshman and sophomore years. As a junior and a senior, you will live up on York Hill. If you’re a nursing or a health science student, you’ll have your classes at North Haven junior and senior year.”

Looking back on it, there are so many lies in that statement that I don’t even know where to begin. We have three campuses, but off-campus buildings as well. I’m a sophomore, and I live on York. And there is barely any room for seniors up there. Honestly, as a communications major I wouldn’t even blink if I got scheduled for a class in the nursing simulation lab at this point.

In the tour guide’s defense, I don’t believe Sherman Avenue was complete or functional when I was touring. In my defense, no one told me that Quinnipiac was going to get so big that we were going to have to start purchasing little houses and parking lots across the Hamden area connected by a system of unreliable shuttles.

No one told me I was going to have to budget time to shuttle from place to place and learn to read the shuttle schedule like a skeptical Democrat reading “The Art of the Deal.”

Last week, I had my first class on the Sherman Avenue campus. Drama 110 at 9 a.m. Uncertain how the shuttles worked, I got up early and decided to catch the first shuttle I could because I didn’t know when another one would be there. My roommate told me that there’s a student lounge there and I could sit and do homework if I got there early.

I packed my backpack with some extra homework so I could sit and do it while I was waiting. I boarded the shuttle at 8:10 a.m. from York. As we pulled into the Sherman Avenue parking lot, I was struck by how empty it was. There was not a single car in the lot. Weird, I thought. I’ve never seen Quinnipiac with an empty parking lot before. I stepped out of the shuttle and walked over to an unmarked door. I pulled on it, and it was locked. I walked a few paces to my right and tried another door. Also locked.

I looked up the hill and I saw a greenish-gray house. It looked like a place that a couple in their 60s might have owned but had recently moved out of to retire in Florida. Quinnipiac being the space-hungry fiends that it is, scooped up the house to hold pottery classes in so fast that it still looked like a house owned by a 60-year-old couple.

But since I didn’t see any cars up there either I decided to hang out by the main building because there were some outdoor chairs. The shuttle driver was still sitting in the lot. I thought that was nice of her to stay and keep me company while I was sitting alone at 8 in the morning outside a locked building, however I did wonder why they would shuttle people here at this time of day if it clearly wasn’t open.

Then, the shuttle driver got down from her seat and exited the bus. She walked over to the door, pulled on it. Sure enough, it was still locked, but I appreciated her checking. I said, “Don’t worry I’ll be OK,” even though I sort of had some vision of a creepy white van seeing me sitting out there taking Spanish notes and seizing the opportunity. She said, “Oh I’m not worried, I just needed the bathroom.”

Ah. So she wasn’t worried. She boarded her bus and sped off, leaving me alone with my Spanish notes. It was a full 15 minutes before another student showed up and another seven before an entire busload of kids showed up. Now, a group of maybe 15 kids was sitting outside a locked building. The creepy guy in the van was going to need to bring a bus at this point. Finally, at 8:50 a.m. a facilities worker opened the door.

My class was fine. It was supposed to be two and a half hours but it ended in 45 minutes. While I wasn’t complaining, I was just amused that I had gone through such an ordeal to experience 45 minutes of syllabus review and ice breakers.

As Quinnipiac is growing, we are becoming less unified. Our campuses are becoming like Dunkin Donuts. They keep popping up all over the place. We aren’t a campus–we’re a chain restaurant. We are such a bureaucracy and such a network of complicated arms that no one has thought to tell the shuttle company not to run shuttles to Sherman Avenue before 8:50 a.m. because Sherman Avenue isn’t open until then.

I think it’s great that Quinnipiac has its eyes to the future–growing and expanding has positive aspects, but we also have to be strategic in our expansion. We can’t get so big that we’re leaving students outside locked buildings. We also have to be honest with prospective students about the period of growth that we are in. We are a much larger entity than the tight-knit community that was portrayed to me. There is a way to grow while remaining connected and I think we need to find that balance.

Next week though, I’m not going to be preemptive and get to class early. I’m going to catch the 8:45 a.m. shuttle and hope for the best. I’ve decided that an innocent white shuttle running a little late is better than a sketchy white van swinging by Sherman Avenue a little early.