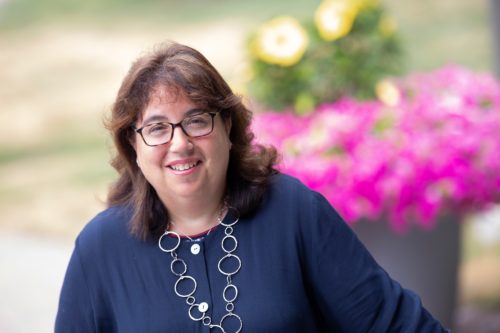 Lisa Rebeschi spent her last 27 years at Southern Connecticut State University (SCSU), but she had always been admiring Quinnipiac from afar.

“Being so close, always aware of the programs at Quinnipiac,” Rebeschi said. “And really being at a point in my career where I was ready to learn more, meet new people and really get involved at Quinnipiac with the depth and the breadth of the types of programs available–that was really an attraction for me.” 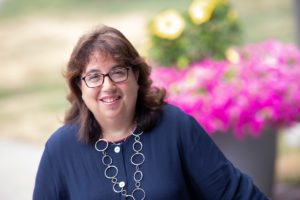 Rebeschi previously served as chairperson in the department of nursing at SCSU and a professor for both graduate and undergraduate courses in nursing. She was also attracted to Quinnipiac because the School of Nursing has been endorsed by the Holistic Nurses Association.

“Caring for patients with that lens of holism is definitely a distinguishing feature that brought me here,” Rebeschi said. “Since being here the last three months I’ve really seen those values in action and that’s one of my favorite parts.”

Rebeschi said she has spent the summer working with the leadership in the School of Nursing on how to best carry out the strategic plan for nursing, alongside the university-wide strategic plan.

“One of my goals is to bring some of those goals to fruition and working to enhance the already very strong community partnerships within our local and regional communities,” Rebeschi said.

Rebeschi said she is looking forward to exploring the university’s new partnership with Gateway and Housatonic community colleges which President Judy Olian announced in July. The partnership will make the transfer process from these colleges seamless.

“Forging those partnerships and seeing ways we can streamline the education for associate degrees, prepared nurses, baccalaureate and graduate level–that is also a goal we are looking to expand upon,” Rebeschi said.

This year marks a period of change at Quinnipiac. The strategic plan is beginning to come to life and significant overturn in leadership has paved the way for a new generation of leaders to make their marks on the university. Rebeschi said her timing was perfect.

“Dean O’Connor, when I first started, was just finishing her first year, so there’s lots of new energy at the university but also at the school-level and the redirection has been quite energizing,” Rebeschi said.

While Rebeschi hasn’t had a chance to interact with too many students so far, she said teaching a graduate class online this semester has given her a taste of what the student body is like.

“That’s been great,” Rebeschi said. “I’m really impressed with the experience of the students and their dedication so far. I know it’s early for the course but they are just right there and just really responsive.”