What is Lahey doing now? 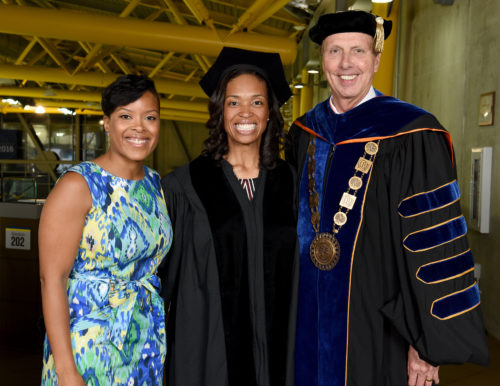 John Lahey is as much of a school mascot as Boomer for many Bobcats. From his famous selfies to his occasional appearances during May Weekend festivities, for 31 years there wasn’t a Quinnipiac student who didn’t know his name– until now.

After an absence of a mere year from campus, it seems that Lahey’s once celebrity presence is beginning to dwindle as almost half of the undergraduate class have started to ask ‘Lahey, who?’

“It wasn’t easy for me to stay away for a year after being president for 31 years and three months, but I did it and I’m more than thrilled to be back on campus to be teaching this semester,” Lahey said.

The former president officially retired from his long-time position at Quinnipiac on June 30, 2018 although what many consider ‘retirement’ was far from his mind. A philosophy student throughout his academic years, Lahey always knew he would return to teaching.

“I didn’t get a PhD in philosophy to become a university president. I had no idea what a president was or did. I love philosophy, I love teaching philosophy and even in my 31 years as president at Quinnipiac, I taught 26 of those years,” Lahey said. “The students that I have in my two classes seem very eager to learn and excited so it was a very positive experience and I hope the whole semester goes as well.”

This may be the first time Bobcats have spotted Lahey on campus since his retirement, but the famous selfie celebrity returned to campus virtually last spring with an online logic course. While he admits to only learning how to work email about 18 months ago, he has since mastered the ways of Quinnipiac online and plans to continue teaching the online course this coming spring from the warmth of his new Florida residency.

Senior marketing major Lauren Ferry was one of the first students to take an online course with Lahey last spring. Having had the professor as a president her freshman and sophomore year, Ferry understood his position on campus and respected his shift to teaching.

“It was a really cool experience to have been able to have class with the old Quinnipiac president,” Ferry said. “Knowing how much knowledge he has on the school and how he was able to transition from being the president to being a professor couldn’t have been easy, but he did a great job.”

Upperclassmen may have a very good sense of the reputation Lahey has around the quad, but some of the underclassmen are not so familiar and therefore don’t necessarily see the novelty in taking a course with Professor Lahey.

“Neither of us knew who he was before going to Quinnipiac,” sophomore graphic and interactive design major Ariana Laneri said of her and her friend taking Lahey’s logical reasoning on-ground course this semester. “For me personally, I saw the class logical reasoning first and then when I saw who the professor was I was excited to learn from Quinnipiac’s previous president.”

Compared to other courses, sophomore graphic and interactive design major Shikha Shah describes the class as very lecture-based and casual due to Lahey’s relaxed teaching methods.

“I feel like people don’t take the class seriously because although he’s been teaching for a while and is very experienced, he is still a very laid back person,” Shah said. “I enjoy the class for what it is and what I am learning. I would take another class with Professor Lahey because although it is very lecture-based and I tend to zone out at times, he is very knowledgeable and I enjoy listening to his stories and what he has to say.”

In addition to simply teaching his courses, returning to campus under a different title has proved to be a challenging adjustment for Lahey including trouble finding a proper parking spot, having phone calls returned in a timely manner and getting used to not being asked for a photo every time he steps out of his office.

“It was a little strange walking on campus for the first time in 12 months. I’m thrilled that half the student body still knows me,” Lahey admitted. “I’m very realistic about how long before it will be ‘Lahey who?’ on campus. Two years from now, no one at Quinnipiac will know me other than the hundred or so that have had me in class. I’m very prepared for the day.”

The new professor may have accepted his ‘average-Joe’ status for the time being, but there were many things he missed in his time away from the campus he called home for 31 years. Lahey conceded that it was hard to avoid hockey and basketball games, concerts and student organization events, but he ultimately knew it was the best for the university’s transition.

“I think it was good for me to stay away. You have a new president and I think hopefully it was healthy for the new president to not have me around so people could say ‘What would John Lahey do?’” Lahey said. “After you’re away for a whole year, I wouldn’t be so presumptuous to think I know what’s best for Quinnipiac anymore. It’s a different place, its changed, different things are happening and I’m not here to weather most of things that have happened.”

In his year-long hiatus, Lahey spent time at his new home in Florida with his wife Judy and family, continued his board membership on two New York stock exchange corporate boards across the Northeast, studied up for his new on-ground business course and practiced his tee on the green a little more than he used to be able to.

“I certainly played a little more golf than I would normally, obviously you could play all year round in Florida,” Lahey said. “I filled the days. This past year certainly was not as busy as when I was president, but it was very enjoyable.”

While the now-professor is excited to be officially back on the beautiful campus he raves about, he admitted there were definitely things he would miss about his long-time presidency.

“It was a lot of fun with a lot of great people. I certainly miss them and that’s certainly one of the pleasures of being back on campus–to reacquaint with old friends and see new students and have the benefit of being around students and faculty and staff and people that I’ve been friends with for a long time.”

Finally back on campus for the time being, Lahey plans to continue teaching current and future Bobcats both on-ground and online. He cites these students specifically as his reason for continuing his career under a different title with the university he will always call home.

“Quinnipiac students, what I appreciate from them is they work hard. They come from good families, their parents in most cases making a lot of sacrifices for them to get a Quinnipiac education, but they also know how to enjoy themselves,” Lahey said. “They’re what I would call very well-rounded people and I enjoy being with them in the classroom, on campus and at an occasional party on May weekend.”

Coming back to teach was necessary to continue Lahey’s decade-long streak as a presence on Quinnipiac’s campus.