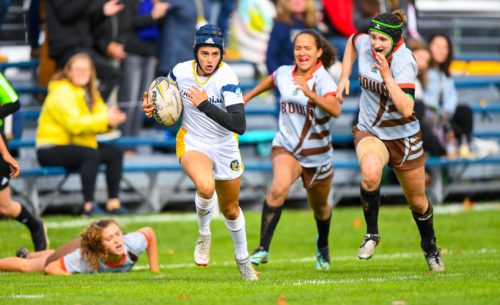 With the return of classes comes the return of fall sports. Sports Editor Brendan O’Sullivan has composed a brief preview of each team, what to keep an eye on and a player to watch for each team in their respective seasons.
Men’s Soccer
Coming off a 1-0 loss to Rider in the MAAC Championship, the Quinnipiac men’s soccer team looks to finish the job this year. The Bobcats are entering the season at No. 2 on the Preseason Coaches’ Poll, only behind the Fairfield Stags. Elite scoring forward Eamon Whalen and defenseman Jeppe Haehre return for their senior seasons, both coming into the season having been selected to the Preseason All-MAAC Team. Whelan was also named the MAAC Preseason Player of the Year and was one of 36 collegiate athletes named to the 2019 MAC Hermann Trophy Watch List. The latter is awarded to the top male and female players of the year.

Player to watch: Jason Budhai. The freshman midfielder and forward joins the Quinnipiac roster after two successful seasons with East Meadow SC ECNL. He was listed as a “Player to Watch” in 2017-2018 and  2018-2019. He totaled 15 goals and six assists in that two-year span.
Women’s Soccer
[media-credit name=”Courtesy of QU Athletics” align=”alignright” width=”300″] 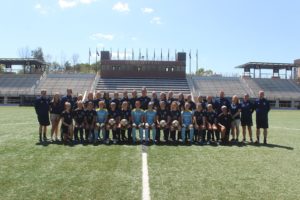 [/media-credit]The Quinnipiac women’s soccer team was ranked as the No. 2 team on the Preseason Coaches’ Poll, only behind Monmouth. Head coach Dave Clarke heads into his 20th season at Quinnipiac, eyeing an improvement from last season’s 6-8-4 record. Sophomore midfielder Selena Salas will play a major role in the team’s development. She was named to the 2019 Preseason All-MAAC Team after earning a spot on the All-MAAC Second Team and All-MAAC Rookie Team during her freshman season.

Player to watch: Meaghan Phillips. The freshman goalkeeper started between the pipes in the team’s season opener against Bryant, earning a shutout. Previously, she’s been named a League 1 Ontario Third Team All-Star. Playing time may come sparingly this season with two senior goalkeepers Olivia Myszewksi and Charlotte Edmunds and a junior goalkeeper in Isabel Dunning. However, her excellent first game may warrant more starts.
Field Hockey
The Quinnipiac field hockey team enters its fourth season in the Big East and its 25th under head coach Becca Main. The Preseason Coaches’ Poll placed the Bobcats at No. 7 in the Big East with Georgetown rounding out the conference at No. 8. Senior midfielder Ines Ruiz Martinez leads the charge after being awarded the NCAA Field Hockey Statistical Champion with nine defensive saves and a nation-leading average of 0.6 defensive saves per game. Entering her final season at Quinnipiac, Martinez was named to the 2019 Preseason All-Big East Team, the third Bobcat in four years to receive the honor.

Player to watch: Brooke Whipkey. Last year, the redshirt freshman forward put on an efficiency display scoring a team-high six goals on nine shots on goal. She also tallied three assists, giving her a team-high 15 points last year. Whipkey played all 17 games last season but only started in seven, giving her room for improvement entering her second season of eligibility.
Rugby
Just two years ago, the Quinnipiac rugby team won its third straight national title, cementing themselves in the history books. Last year was the end of the streak as Quinnipiac fell to Harvard in the NIRA semifinals. Head coach Becky Carlson enters her ninth season at Quinnipiac boasting a 68-19-1 record and eyeing her fourth title in five years. 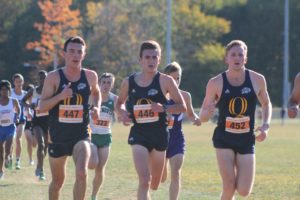 Player to watch: Cameron Starr. The sophomore finished 18th overall with a time of 25:25.3. Entering his second season as a Bobcat, Starr looks to establish himself as one of the elite runners in the MAAC conference.

Women’s Cross Country
The women’s cross country team begins its season at the Stony Brook Invite in Stony Brook, New York. The team competes in six meets after a fourth place finish in the MAAC Championships last year. Monmouth will host the 2019 MAAC Championships will take place on Nov. 2.

Player to watch: Kaitlin Bakas. Kaitlin Bakas finished 14th, the best among Quinnipiac runners, with a time of 22:28.4. Entering her senior season, a top-10 time at the MAAC Championships is in reach with six of last year’s top 10 being seniors. Jumping into the top 10 could push the Bobcats win the Bobcats their second in program history since joining in 2013.
Volleyball
It’s a new era of volleyball in Hamden as Quinnipiac welcomes Kyle Robinson as the new head coach. Previously, he was an assistant coach at Oklahoma from 2015-2018. Entering the 2019 season, the Bobcats are pinned at the fourth best team in the Preseason Coaches’ Poll.