The view from up above 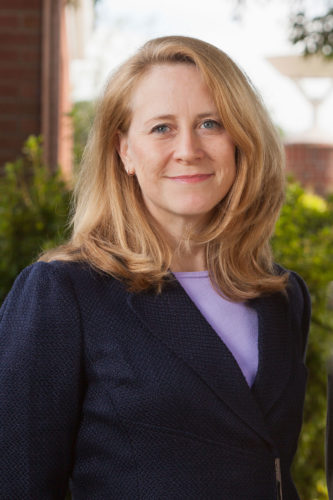 Quinnipiac’s School of Law has been Jennifer Brown’s home since 1994 but this spring she became the interim vice president and provost of the entire university. 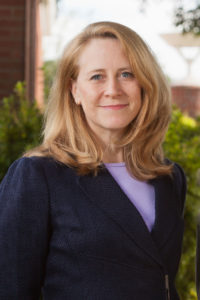 [/media-credit]“Until I stepped into this role I think I didn’t have the kind of perspective that allowed me to see just how many people are doing so many wonderful things that they do,” Brown said.
Sitting behind her was an extensive set of manilla folder racks lined with folders labeled everything from CAS to diversity to Welcome Weekend to QU Poll.

“I am able to get not only a peak at the other schools, but also the other administrative areas like public safety or student affairs, residential life,” Brown said. “Even the budget and finance office. I have a whole new appreciation for the work that they do.”

Brown said she wasn’t sure if she would be returning to her home at the School of Law or remaining as provost, but said both are good options.

“It’s hard to predict at this point,” Brown said. “I think the university will be launching a search for the permanent provost soon but we’ll see if that’s something I pursue. I really love being the dean of the law school and I feel very attached to that community. On the other hand, there are parts of this job that I have enjoyed quite a bit.”

In the meantime though, Brown’s focus is on carrying out the University-wide Strategic Plan.
“I would like to be supportive on the part of the strategic plan dealing with inclusive excellence,” Brown said. “[There’s] issues around gender and sexuality but I think there’s more than that. Certainly we have a lot of work to do in all areas of inclusive excellence.”

This role is particularly exciting for Brown who spent much of her professional career studying LGBTQ legal rights. In 1976, 16-year-old Brown wrote a speech for a high school speech contest about LGBTQ rights.

“In Illinois where I lived we had speech competition which was kind of like debate but you went and you gave an original oratory and you competed against other high school kids,” Brown said. “It was extremely nerdy, but very fun.”

Her passion for promoting gay rights continued when she got married to her husband and realized that getting married and not doing something about the portion of the population that was not allowed to get married was like drinking from a “whites only” water fountain in the South.

“Here we are getting married and people we are very close to didn’t have that right,” Brown said.

Brown served on the board of directors for Freedom to Marry until the Supreme Court ruled on the freedom to marry nationwide.

“There’s some things you just care about and you don’t even necessarily know why,” Brown said. “It matters to you and you try to make a difference.”