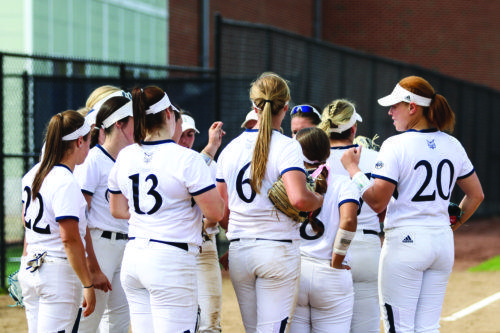 The Quinnipiac softball team has made the MAAC Tournament once in the last six years.

To the seven freshmen and the new head coach, that’s unacceptable.

“I think that was the problem,” Quinnipiac head coach Hillary Barrow said. “[The previous teams] set their goals really low, in my mind. We talked about that. Why just get to the tournament, why not win the tournament? What’s the point of just getting there, anybody can just get there.” 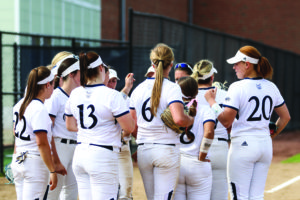 Barrow’s image for a new program at Quinnipiac was quickly accepted by both new faces and old, even before the season had begun.

“[Barrow] acknowledged, and I thought it was awesome that she did, that you guys have been doing the same thing for a long time and it’s going to change drastically, but we’ve all got to be on board,” freshman catcher Lo Yarnall said. “It’s going to be a journey for all of us. The motto for the year has been a new era. We are going to rewrite who we are.”

When Barrow came from Florida to Hamden for her first gig as a head coach, she knew that she had a perfect opportunity to bring a fresh start to a program that has struggled in the MAAC the last few years.

Along with the seven freshmen on the team, sophomore infielder Kayla Jensen also came to Quinnipiac this season, transferring from the College of Central Florida. Additionally, redshirt senior Jen Fay, known for her dominance on the hardwood with the Quinnipiac women’s basketball team, brought her winning persona to the softball field by joining part way through the season.

The decision to have Fay join the team was a unique one. It isn’t common for someone to play two sports in college, but since Fay has joined the team, she has been nothing but a positive addition, according to Barrow.

“Her attitude and her willingness to work hard,” Barrow said on what Fay brings to the table. “She goes 100 percent all the time and she doesn’t let things affect her. She doesn’t let not playing for five years get her down. I think the girls just feed off of her energy. They see her leadership and they want to be like Jen.” 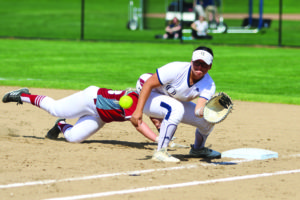 When it comes to the freshmen, there’s a ton of them, and transitioning to Division I isn’t the easiest thing. It’s something that Barrow knew would be an obstacle for the team to avoid.

“It’s more of a mental game,” Barrow said. “It is really tough for them. You’re learning how to get more mentally tough, but it is a process getting them there. They have their good days and they have their bad days, just like any other person does.”

The newest Bobcats have fed off of Barrow’s mentality for the team. After seeing what the team had accomplished, or rather had not accomplished, in years past, they knew that it was time for a change and were excited about the opportunity.

“We knew we would have to buy into a new program,” freshman infielder Alexis Otero said. “We were all open and willing to do that because if not, things might not work out. It was awesome to see everyone buying in and wanting to do more for the program.”

On the field, the freshmen have wasted no time making an impact. Otero and infielder Bridget Nasir have started in every game this season. Yarnall has played in every game except two, and both outfielders Danielle Sorenson and Hannah Davis have seen significant playing time.

In addition, two out of three pitchers for the Bobcats are freshmen. Brooklyn Maguire and Lauren King have been taking the rubber for the Bobcats, with King leading the team in appearances with 30 and Maguire providing a third arm in the bullpen for Barrow to use.

“Brooklyn, I know she doesn’t throw the hardest, but she’s a bulldog and I know she wants the ball all the time,” Barrow said. “It’s been fun to watch her grow. I know she’s only going to get better because she’s a self-motivated kid and you can’t teach that. Those are things that you have to want yourself.

“With Lauren King, she’s just naturally talented. [She] has never had a pitching coach before. It’s been a process teaching Lauren, but it’s been fun because that’s my favorite thing to do is to teach…Sometimes I see glimpses of greatness in her. It’s just a process.”

The team as a whole currently sits in the middle of the MAAC with six conference games remaining on the year. There is still a ways to go for this Bobcat team and according to Yarnall, there’s a hump this team needs to get over this year if a MAAC title is still in its sights.

“It’s a game of inches,” Yarnall said. “It’s going to be for our pitchers, hitting the pitches every time. For hitters, it’s going to be being aggressive. We put ourselves in holes a little too often and it’s going to have to be having the intent of stepping in the box and smashing the ball…When we do that, we win. It’s obvious, we did that and we beat Marist. 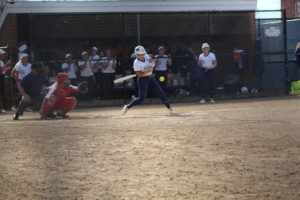 “Our coaches said it, it depends on the team that comes out. If it’s a timid team that’s a little bit in over their heads, that’s when mistakes tend to happen. But when we come in and we’re like ‘listen, at the end of the day it’s a game and we’re here to ruin people.’ That’s when we win.”

For the program, Barrow understands that the change is gradual, and knows that it’s something that isn’t going to happen right away. But she’s happy with what she’s seen so far from the team.