The end of an experience 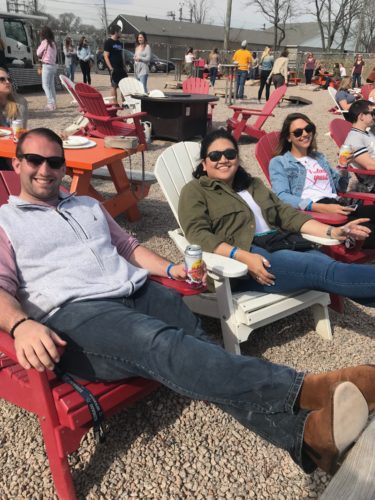 Senior Experience was introduced to the class of 2019 this semester, replacing the annual senior week. Now the experience has come to an end, and students are left with different reactions about it.

Senior biomedical marketing major Layla Rodriguez said that it was difficult to attend any of the senior experience events since they place throughout the semester.

“Being a student athlete, because it’s in season for I know at least spring sports, I was not able to attend a single event because it always fell under match day. I know a lot of other spring sports probably have the same idea as me that we couldn’t attend and we’re missing out on this because we’re in season,” Rodriguez said. “It maybe could have been better if we have saved it at the end of the semester as a senior week rather than a senior experience”

Senior health science major Janece Boone said that she was interested in attending some of the events and would’ve attended them if not for her clashing schedule.

“I think at Toads [Takeover] it was a Thursday night, but I had class so it’s like I couldn’t really go even if I wanted to,” Boone said. “I feel it’s inconvenient; if they would have had the schedule, like do a poll of what time is more convenient for you guys it would’ve been fine, but just putting it as a set time wasn’t really wise.” 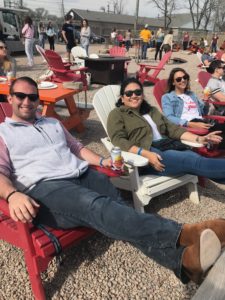 [/media-credit]Senior marketing major Anson Morgan said he did not consider participating in the senior experience from the beginning.

“I just think it was at an inconvenient time so me and my friends didn’t want to go. I think after finals week would have been better,” Morgan said. “I think there’s nothing to do now between the week of finals week and graduation, so there’s just nothing to do to kind of bring the year together. It’s just kind of lacking now.”

Hannah Pancak, assistant director of campus life for student centers and student involvement said that while it can be difficult to compare the success of senior experience to senior week, she has enjoyed what the university has been able to accomplish with this new structure.

“From the past four years, senior week has seen a decline in participation. So, we knew there was going to be some decline because that’s just been historically happening,” Pancak said. “We had 720 participants during senior week and we have around 700 to 750 individual participants in all of the senior experience events that are being put on.”

Pancak said that she understood that some students were unhappy with the new structure and knows that change can be hard, yet she’s seen people really enjoy this year’s program.

“I’ve attended the majority of [the events] and I’ve heard really good feedback from students, especially Stony Creek [Brewery],” Pancak said. “They really loved that, which was exciting because that was something completely brand new that we’ve never done.”

Out of all of the events that were planned for the seniors, the one that gained the most popularity was the overnight stay to Mohegan Sun, according to Pancak.

“Last year we had an overnight to Mohegan, and I think last year might have been the first time we’ve done an overnight,” Pancak said. “Last year went so well that when we did the survey in July. That was something that people still wanted to keep. It’s the highest attended trip.”

Pancak said that a total of 500 seniors registered to be on the trip, which contrasts the number of registrations for what was to be the seniors’ final event: Holiday Hill. Pancak sent out an email to seniors explaining that the trip to Holiday Hill was canceled on Monday, April 8.

“To utilize Holiday Hill their minimum was 500 students and we were only halfway there, so the interest just wasn’t high for it,” Pancak said. “We do get money from the university and we are working off of deposits, so we just weren’t able to accommodate that trip with almost half of the minimum not there.”

There is currently nothing planned to replace Holiday Hill after its cancellation, according to Pancak. Regardless, Pancak said that she can see the senior experience take place again next year for the class of 2020.

Pancak said that the purpose of those surveys is so that she can utilize the data and begin making plans for next year’s events.

“In the survey email, there was also a link to apply for a committee because I’m going to be having a senior experience committee for next year so I can have seniors helping facilitate the program,” Pancak said. “It’s an application process, so they have to submit an application on DoYouQU. They have to submit a cover letter and resume and then I will go through an interview process.”

Junior public relations major Elyse Velky said that although she doesn’t intend on trying to get on the senior experience committee, she thinks it could be useful for the class of 2020 as far as working to structure the senior events in a way that best accommodates the whole class.

“They can get feedback, because some people don’t like some of the ideas or the pricing. So, there could be like a point of contact for students instead of going to they don’t know who,” Velky said. “They’d have a point of contact to talk about their feelings, so I think it’s good.”