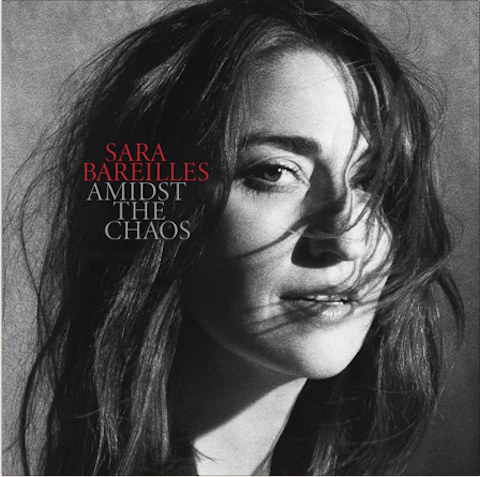 Sara Bareilles has released her sixth studio album titled “Amidst the Chaos” on Friday. It has a clear narrative of feeling lost; lost from a drastic change. It is an astounding piece of music from one of this generation’s best songwriters. 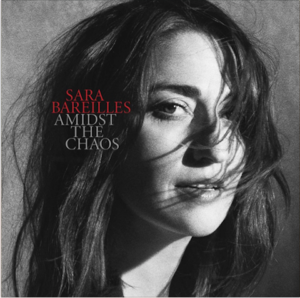 [/media-credit]Inspired by the chaos of the political atmosphere ever since the 2016 election of Donald Trump as President, Bareilles has felt change and sadness. “Amidst the Chaos” is an introspective look into her mindset following those moments.

In an interview with Reuters news agency, Bareilles explained her intentions behind the album saying she was inspired by Barack and Michelle Obama.

“I miss them. Yeah, I wrote love songs about the Obamas,” she said. “That’s how I dealt with my sorrow and my grief honestly when they disappeared. So, I wrote them songs – they were ‘I miss you songs.’… It was a sweet way to sort of channel sentiment that I didn’t know where else to put.”

Bareilles has received a slew of award bodies from various different groups showcasing her talent and versatility. In 2014, Bareilles received a Grammy nomination in the most prominent category, Album of the Year, for her fourth studio effort “The Blessed Unrest.” This new album certainly lives up to those expectations.

The first track on the album is “Fire.” Literally. This is one of Bareilles finest songs in her catalog. The song discusses the lack of “fire” in a relationship, “We were, we were never gonna catch fire/We’d’ve burned up in the flames/Long before they ever rose up higher/ Someday I, I won’t have to feel the cold/But I do now, so I’ll know/What it feels like when I feel fire, fire.” It has everything that makes a classic Bareilles song. It includes a laid back instrumental background, witty lyrics that develop a narrative throughout the song until the end and a strong vocal performance.

Going forward, this album is nothing like her previous effort. Produced by T Bone Burnett, the piece is more stripped down than her previous work. Sonically, the album feels like it’s leaning toward a Brandi Carlile vibe; a kind of Americana record with roots in pop and soul. While it may be an unexpected move for Bareilles, it fits her perfectly.

Bareilles, most known for her singles “Love Song” and “Brave,” has spent the past few years lending her talents to the territories of musical theatre. She wrote the score to the musical “Waitress.” Her work has appeared in other musicals such as Spongebob Squarepants the Musical and as well as playing Mary Magdalene in “Jesus Christ Superstar Live in Concert.” This dive into other territories has clearly had an impact on her. These new songs feel more like focused stories that feel at home together.

One of the album’s highlights is called “Poetry by Dead Men.” The song details Bareilles’ feelings for something different in a relationship. She wants one thing and her partner isn’t reciprocating. This song is definitely one of her most interesting to date. The use of the lyric “Poetry by Dead Men” presents an interesting dialogue over the obsession of the past and the inability to move forward. It is a creative connection between her feelings of wanting a past relationship to be something more when it seems like it can’t be.

Another standout track from the album is a duet with “Jesus Christ Superstar” co-star, John Legend, called “A Soft Place to Land.” This is the final track on the album and it perfectly fits as an album closer. It represents the strength brought from all the chaos. At the end of the song Bareilles and Legend sing the lines, “Be the hand of a hopeful stranger/ Little scared but you’re strong enough/ Be the light in the dark of this danger/ ‘Til the sun comes up.” This song is a rendition of hope, a perfect ending to an affecting album.

Bareilles has always had a way of putting together deep words with impressive melodies. “Amidst the Chaos” will stand the test of time and go down as one of Bareilles’ best musical works.