Where hasn’t she been? 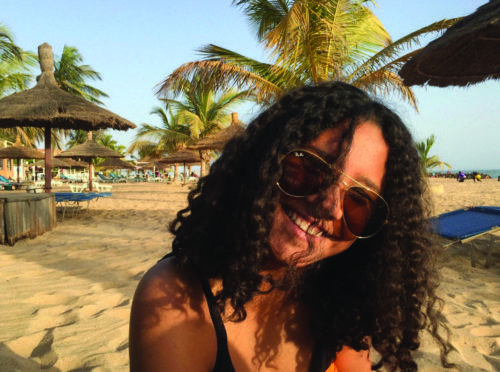 Zeinab Dore spent two and a half years in New York City. 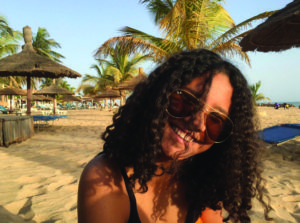 Most recently the 18-year-old has spent the last seven months in Hamden, Connecticut, as a freshman media studies major at Quinnipiac University with plans to continue traveling the world.

Dore moved around as a child because her mother worked for the United Nations, which employs people for contracts that last between three and five years per location.

Dore followed her mother around the world as she worked for organizations like UNICEF, WFP (World Food Program) and WHO (World Health Organization). These travels led Dore to experience poverty, political turmoil, pink lakes and discovering her passion.

While Dore hasn’t lived in any country for longer than five years, she identifies her home as Senegal, a country in West Africa where she spent her four years of high school.

“It was my last years before coming here and it was so much fun,” Dore said. “The life is simple, cheap– you go to the beach after school every day.”

Dore pointed out that Senegal is home to a pink lake, which is just one unique aspect of the country she loves so much.

“The other countries around it could be dangerous,” Dore said. “But not Senegal. If you want to go to Africa, go to Senegal.”

Not only is Senegal a safe haven in Africa from danger, it is safe from disease. Dore has family in Senegal but settled there for four years as a result of the Ebola outbreak in surrounding countries.

“[My mom] had the opportunity to go there because of Ebola and UNICEF contacted her to see if she could–we love Senegal,” Dore said. “There was only like one or two people that had Ebola but it was the other countries around Senegal that were more endangered.”

Dore wasn’t always sheltered by the pink lakes of Senegal though. In other instances, her mom’s work thrust her into the crosshairs of political strife. This was the case in Egypt.

“There was a revolution with the president and we were evacuated,” Dore said. “[February, 2011.] It was scary. I was like 10. People from prisons left. They literally escaped.”

Suddenly the crises casually mentioned in U.S. mainstream media were knocking on Dore’s door–literally–forcing her and her family to evacuate.

“We had a freaking pole between the door and the wall because people were going in the houses,” Dore said. “One day we evacuated. We went to Cyprus and then we went to India and Italy for like two months.”

While Senegal is her home, it was her experiences in countries like Brazil that helped Dore shape her plans for the future. 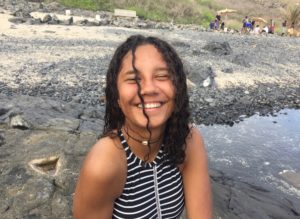 [/media-credit]Dore realized she wanted to help the children of the future after these travels but she wasn’t sure how until she started attending UN conferences with her mom. Dore identified the communications side of the agency as her calling because of her love of languages and media.

Dore said she is fluent in four and a half languages– English, Italian, French, Portuguese and some Spanish. She plans to study abroad in Spain here at Quinnipiac to improve her skills.

Dore is in Advanced Spanish II with Professor Aileen Dever at Quinnipiac. Dever said having Dore, who goes by “Z,” in her class, enhances the learning experience for the other students in the class.

“Z enriches the class with her interesting and intriguing cross-cultural comparisons,” Dever said in an email. “It increases the value of everyone’s education when multilingual students with international perspectives open windows to a wide and beautiful world.”

Coming to school in the U.S. was always Dore’s dream and as soon as she came to Quinnipiac for a visit in 2017, attending this particular U.S. school became her mission.

“I just loved it as soon as I got here,” Dore said. “We had an interview with the director of international programs and he was just so outgoing, so nice and I just felt welcome. Since then I was like ‘I really want to go to that school.’ It was my top choice.”

Since Dore attended French school her whole life, American school has required some adjustment. Additionally, she found herself among a student body in which most have not done nearly as much traveling as she has, which can be frustrating.

“People say ‘Oh, so Egypt is in Asia?’” Dore said with a laugh. “I’m like ‘Yeah, no, it’s in Africa.’ It’s random people– I’m like just ‘Go study! Maybe know geography.’ The U.S. is not the only country that is in this world. There are many more countries.”

While Dore is an expert on geography and cultures of the world, her friend Caleigh Flynn, a freshman public relations major, said she still isn’t an expert on American pop culture.

“When it comes to certain things that we grew up around like songs or shows that she doesn’t know, we show her having grown up [with] it which is crazy to us– but she does fit in,” Flynn said.

Dore, who has gained an appreciation for some aspects of American culture, like Grey’s Anatomy, encourages her fellow students to experience all the world has to offer.