When the album is over, where do we go? 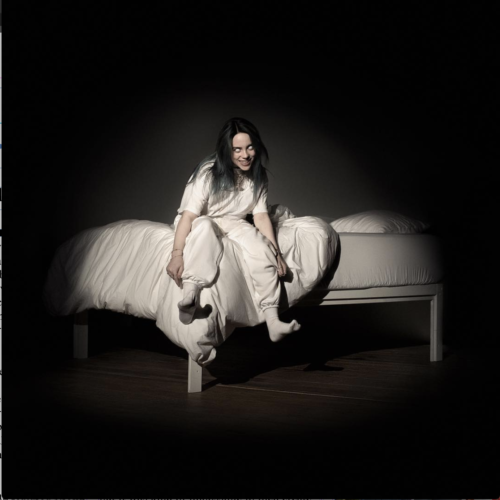 Writing and research by Tim Powers and Mahi Sugebo

The world-famous 17-year-old pop star Billie Eilish released her first album; one of the best debut albums of the past few years. Eilish gained worldwide status when her debut song “Ocean Eyes” went viral after its release in 2016.

Eilish is known for her complex use of emotion that has surprised many, especially from someone her age. Eilish’s rise was reminiscent of that of another alternative pop star, Lorde; a young female songwriter who creates works representative of feelings well beyond her years. It goes to show that someone should never be underestimated due to their age. This new album from Eilish is certainly a testament to that. 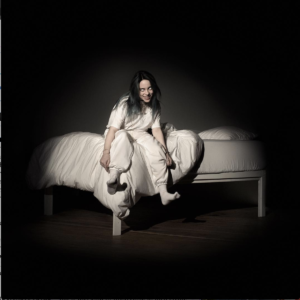 [/media-credit]The album’s promotional campaign was launched with the release of “you should see me in a crown.” The song featured strong beats and lyrics, such as “I’m gonna run this nothin town/ watch me make them bow one by one by one.” The lyrics in this track highlighted another side to her, which is a side that’s more than just the sad ballads that were featured in her EP, “don’t smile at me.”

This track gave its listeners a small taste of what the rest of the album would look like and introduced a character that was confident and sure of herself. The music video for the song has some interesting imagery such as Eilish wearing a crown crawling with tarantulas. From this, Eilish has become infamous for her dark and edgy look.

One of the album’s highlights includes the second single, “when the party’s over.” This song is one of the sadder tracks on the album. It’s a slow jam that makes you want to cry simply because of Eilish’s impressive vocal work, showing various layers of complexity. If this song was sung by someone who lacks Eilish’s emotional vocal range, it would not be as great as it is. The vocals alone aren’t responsible for the success of the track though. The melody of the song complimented her strong voice well, by muting and letting her voice shine at times, and by seamlessly melting with her voice when needed.

With the multitude of levels that the song presents, and her having to push her vocals past her limit to produce the track, it’s not a surprise that Eilish told NME magazine that this song was by far the most demanding.

“We played it live for like three months, but it was kind of impossible to then create,” she said. “I killed myself for that song, dude. Because recording that song is impossible.”

The album does have a downside–it is not as polished as it could be. There are so many different sides and sounds being displayed that it makes the album come off like more of a collection of songs rather than a whole body of work. There is little filler on the album. However, it is a debut album and Eilish more than makes up for it by having actually good songs.

Another standout, but controversial, track from the album is “listen before i go.” The song details the act of suicide. As some sources online have described her music to be “sad pop,” this song vouches for that with such dark and depressing lyrics as, “Take me to the rooftop/ I wanna see the world when I stop breathing/ Turning blue/ Tell me love is endless.” This song is the reason that the album should have a trigger warning.

Part of Eilish’s appeal is her dark lyrics and edgy persona, which shines through her lyrics and is a popular undertone in music nowadays. Eilish is known to be very open with her fans regarding her struggles with mental health, and she definitely doesn’t shy away from including that in her music.

Overall, the album is such an important milestone in Eilish’s career. It is certainly one of the best pop debut albums in recent years since Lorde’s “Pure Heroine.” Eilish has created a sound that is fresh and unique to her in recent years. This album features an insight into the inner workings of her mind, which can be messy sometimes but also can be quite beautiful. This album has definitely pushed Eilish towards new ground. She is certainly not a one-hit-wonder. There is much more that can and will come from her. Eilish is definitely an artist to watch.